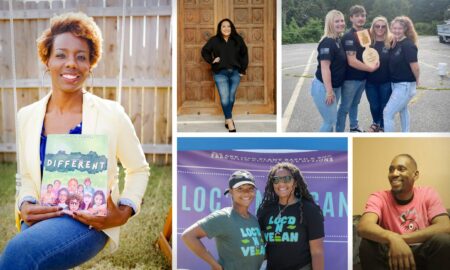 The Most Inspiring Stories in Memphis 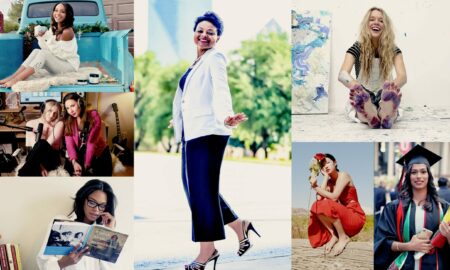 The Trailblazers: Rewriting the Narrative 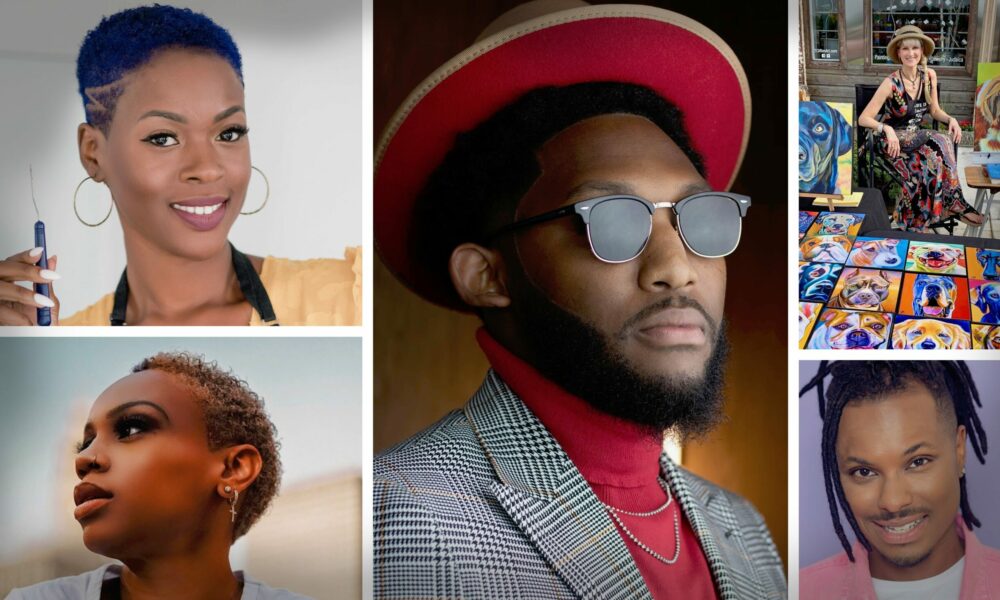 Every day we have a choice. We can support an up and coming podcaster, try a new family-run restaurant, join a boutique gym started by a local fitness champ or we could keep giving away our money to the handful of giants who already control so much of our commerce. Our daily decisions impact the kind world we live in; if we want a world where small businesses are growing and artists and creatives are thriving then we should support them with our time, money and attention. We’re proud to highlight inspiring creatives and entrepreneurs each week in Hidden Gems series. Check out some of our latest local gem features below. 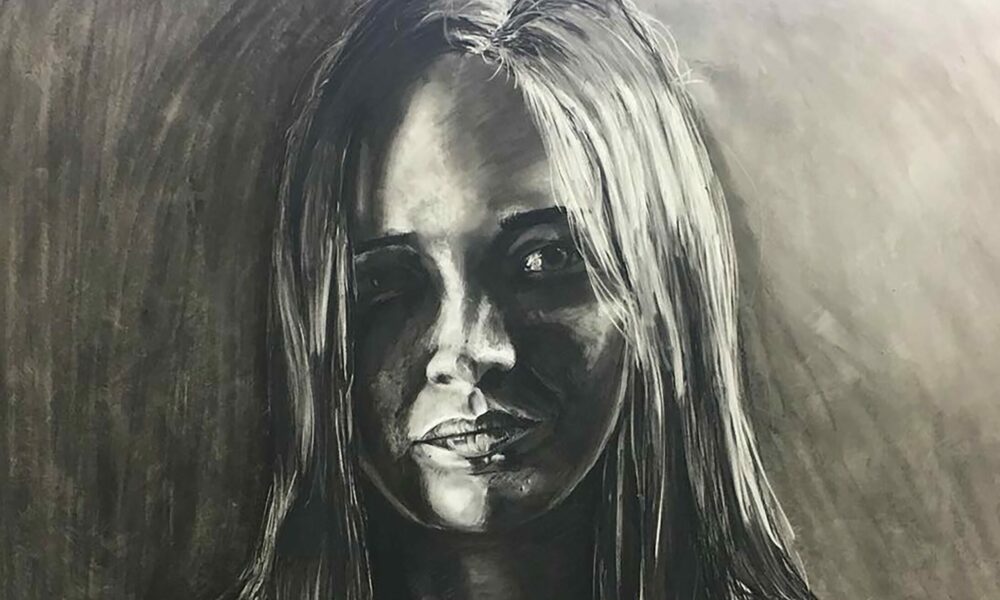 I was born and raised in Bowling Green, Ky., in an environment of art, music, reading, photography, dance, academics, athletics, travel, and other activities. I inherited a lot of my artistic ability from my dad and creativity from my mom. My mother tells the story of when I was a preschooler, she walked in to find me drawing a magazine cover. I apparently drew not only the designs on the cover, but “drew” the words in their various fonts. I could not read at that point but saw the entire magazine cover as art to copy. I always have been very fortunate to have a family who supports my art explorations. Read more>> 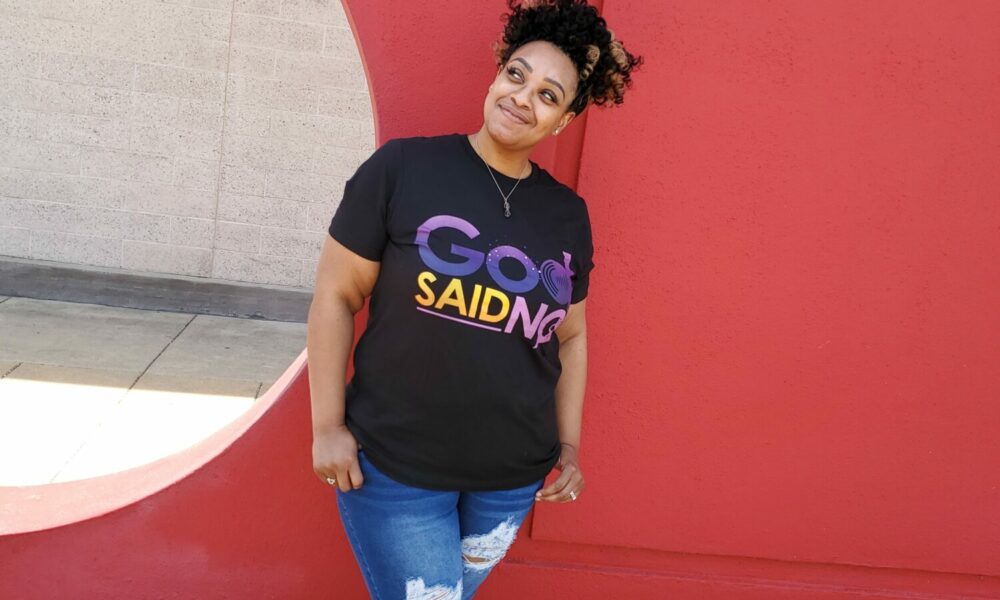 I have always had a passion for speaking, advocating and helping others. In 2015 my heart son suffered a traumatic brain injury and life as we knew it changed. We were thrusted into a world medicine and diagnosis. From a situation of extreme heart ache and pain I dug deep, did the healing work and elevated my knowledge of what my son needed, how to advocate for him and create a path where I can still be fulfilled. Fast forward to 2020 and the world was in utter chaos and I was entering a new phase in my life; what was supposed to be a routine birthing experience was one of the most traumatic events in my life. Birth Trauma. Brain injury. Read more>> 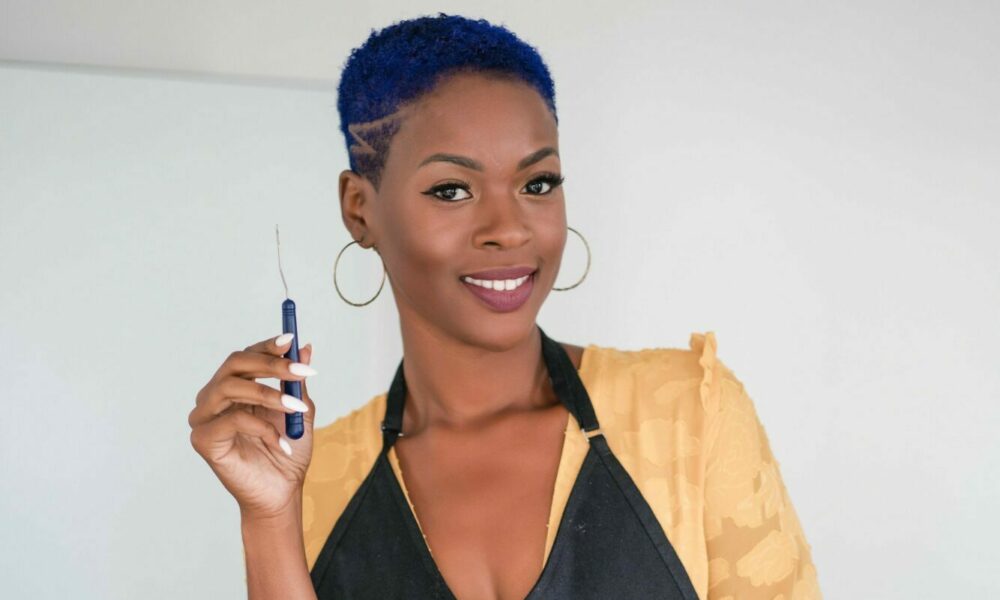 I started as a braider working from inside my home as a side hustle. I never really saw myself as a professional. I just thought I had a skill that I could utilize to create income whenever I needed. I then chopped off my hair after my daughter and went natural because I was going through postpartum hair loss with my edges. After going natural I was trying to figure how I can style my hair with weave with no leave out. I then discovered the world of crochet braids in 2011 but I didn’t like the knots at all! So being who I am which is a relentless tinker lol I set out to discover a way to create a seamless crochet install without knots and to my surprise I actually did. Read more>> 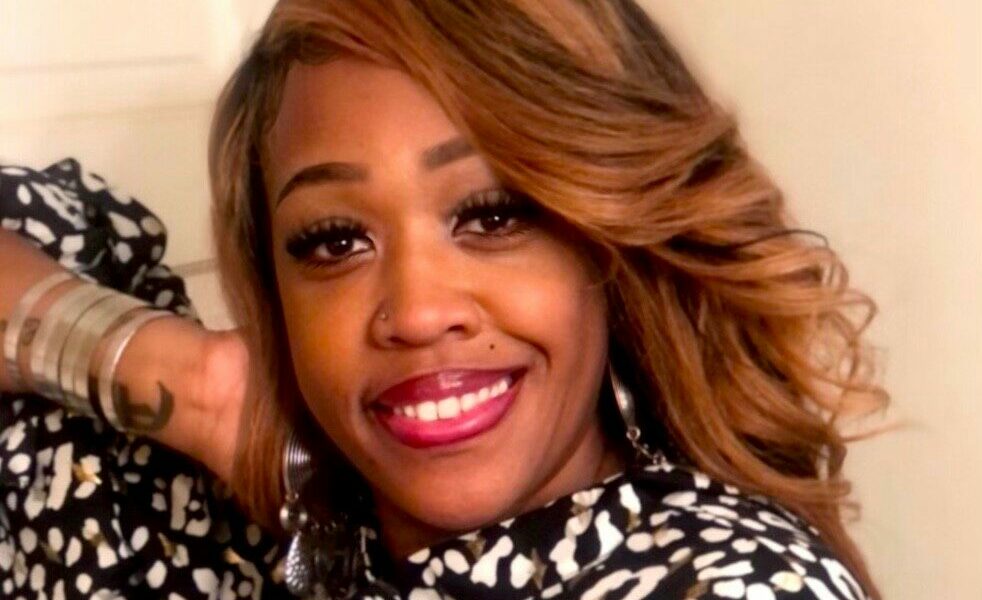 My Bio kinda explains it, I think lol Chandra Lynn Tillis Born September 17, 1976 in Memphis, TN. Raised in a very loving home by my parents Jimmie and Marva Hopson  being the Only girl of five, yes! Two older brothers and two younger and let’s just say I learned how to handle myself. I had what I felt a lonely childhood because of the void of not having a sister very few girls on my street(2) and being sheltered, I hung with the guys during my outside time (daylight in front of the yard in “if I look out the door I better see you” view) climbing trees jumping fences and fighting. Read more>>

In February of 2022, I was laid off from my job of 4 years. In that moment, I decided to never give another employer the opportunity to take my income away or set limits on what days I can work and how much money I can make in a day. My cleaning service came about because it’s something that I’m good at (cleaning), the start-up cost was low, and I wanted to be able to do something that generated money, but also put me in places where.I can be a positive influence daily. God’s grace and mercy along with my determination & drive got me to where I am today. Read more>> 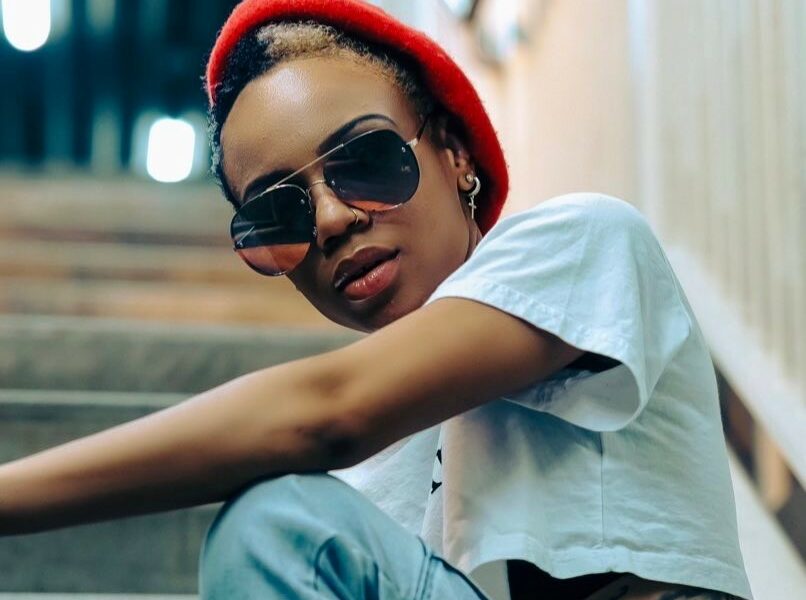 I got started initially in the church playing the drums, singing, and even performing overseas. Branching into my own I signed to an independent label in which I worked with state of the art producers eventually landing me in different arenas across the states with a radio hit and viral video with label mate. Coming out of the deal, I competed in world known singing competitions as well as honed into my acting and modeling skills being in different plays as well as doing background in different shows and published in magazines. Read more>> 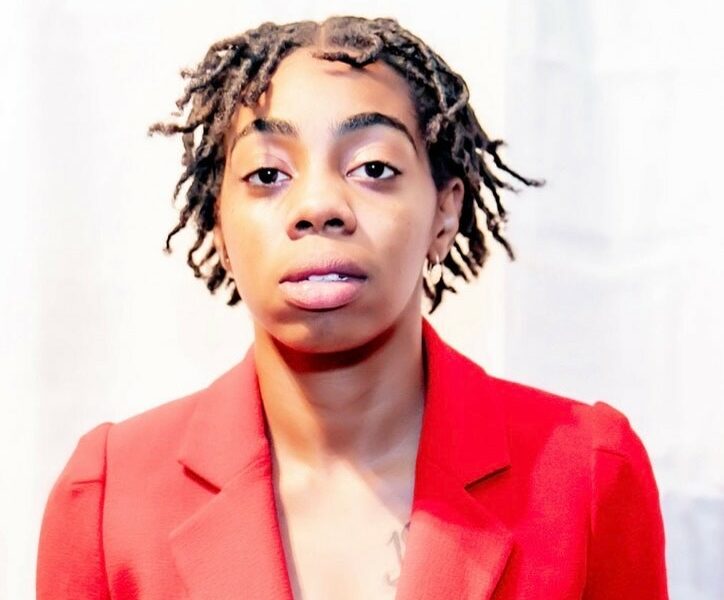 Yo! This is Envy N. My name is Nichelle (Nikolette) Jarmon and i am 23 years old. Born on April 18, 1999, in Austin, Texas. I started writing at the age of 6 and fell in love with music. My Mother (Rochelle Horton) and Father (Nicholas Jarmon) both grew me up listening to Hip-hop and R&B in the early 2000’s. My Grandmother (Janet Horton) grew me up on Gospel and early 90’s pop, Grandfather and Vietnam Veteran (Allen Horton Sr) grew me up on old-school blues and Michael Jackson. When i got to middle school my skills in writing developed tremendously in English class. I love figurative language such as poetry, using metaphors and similes. Read more>> 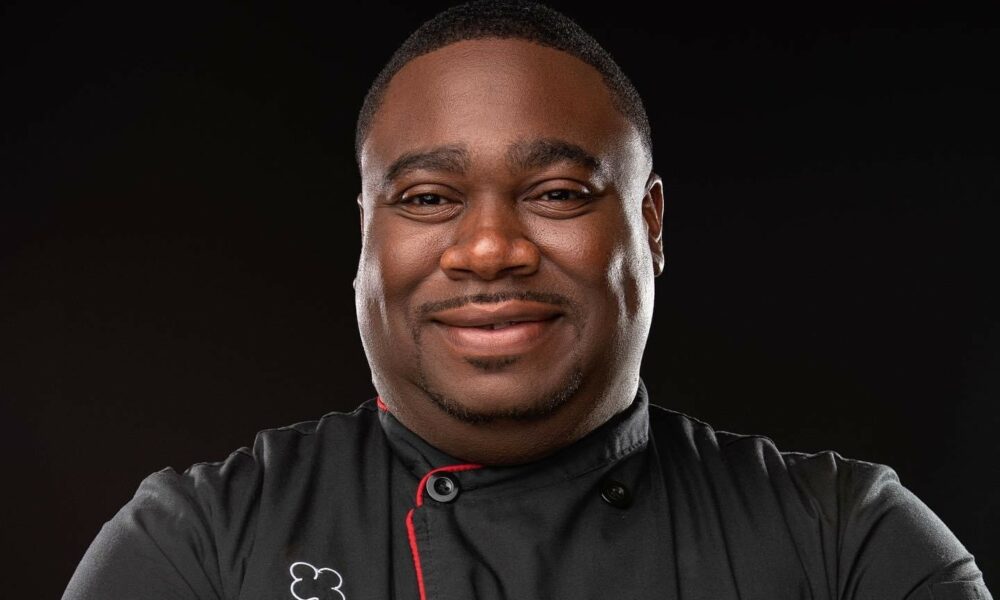 Inspired by my mom, I begin cooking at an early age. My mom and dad were in a horrible car accident and my mother broke her hips she couldn’t prepare dinner. Cooking together was always at the center of our home and my mom wanted to make sure that my father had a hot meal when he came home.  So, my mom taught me how to cook and prepare our meals. It was during this time that cooking became a passion for me. As time went on I found myself learning more and trying new things in the kitchen. I would research recipes and study other famous chefs. I also developed a deeper love for grilling and smoking meat. Read more>> 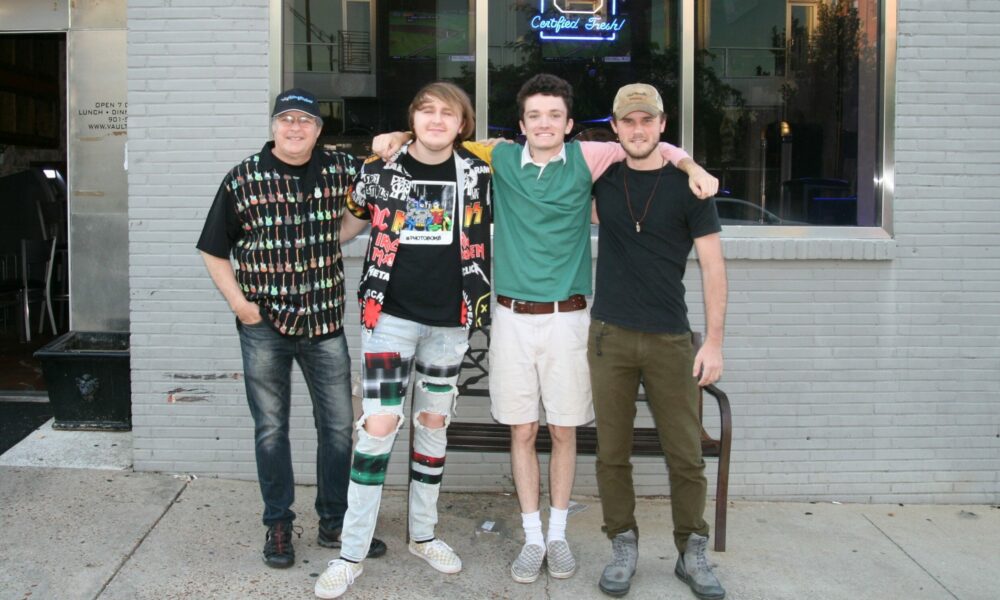 Memphis Mojo is a guitar-driven rock band that specializes in covering rock legends like Led Zeppelin, The Doors, Jimi Hendrix, Santana, and Pink Floyd, as well as classic Memphis music such as Elvis Presley, Johnny Cash, and Muddy Waters. This is not your typical aging-Boomer Classic Rock band. A Memphis Mojo concert is like traveling back to 1969 when high-octane guitar-rock with soulful vocals was in its prime. The band is the creation of Chandler Smithers, a 21-year-old young guitar prodigy, influenced by the likes of Joe Satriani. Read more>> 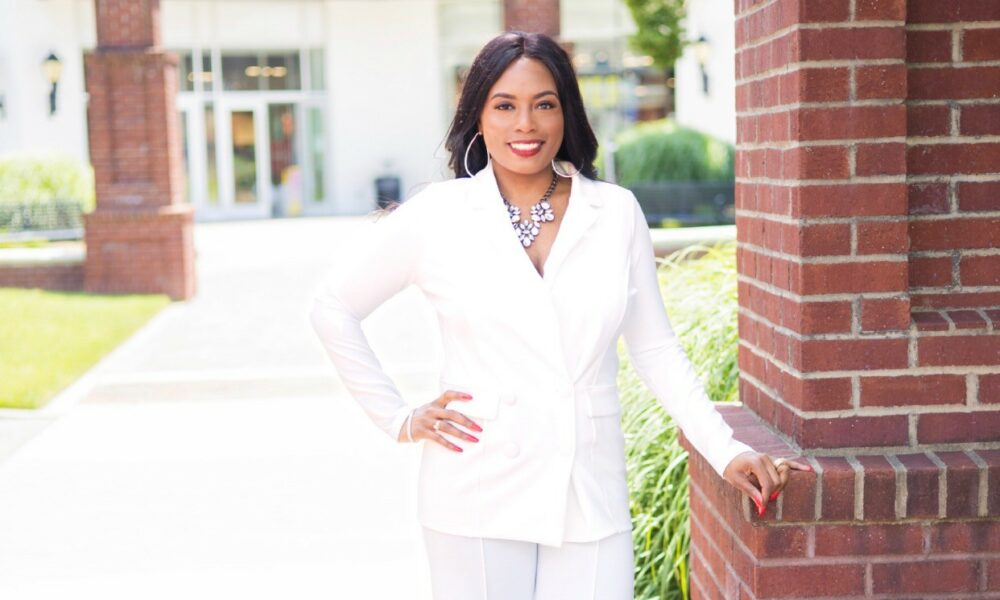 I understand the need and desire to have a well-balanced and successful life. Fashion has played a huge part in the many successes I have achieved. As a proud lifelong Memphian, I have been an entrepreneur for 14 years and have been awarded numerous awards including the inaugural Tri-State Defender Best in Black Award for my retail business Nikki T. Fashions. I was a recipient of the city of Memphis’s Open on Main, a business initiative in which the city provides business owners retail space at no cost. I also took part in Memphis Fashion Week, the premier Memphis fashion space for independent clothing designers. Read more>> 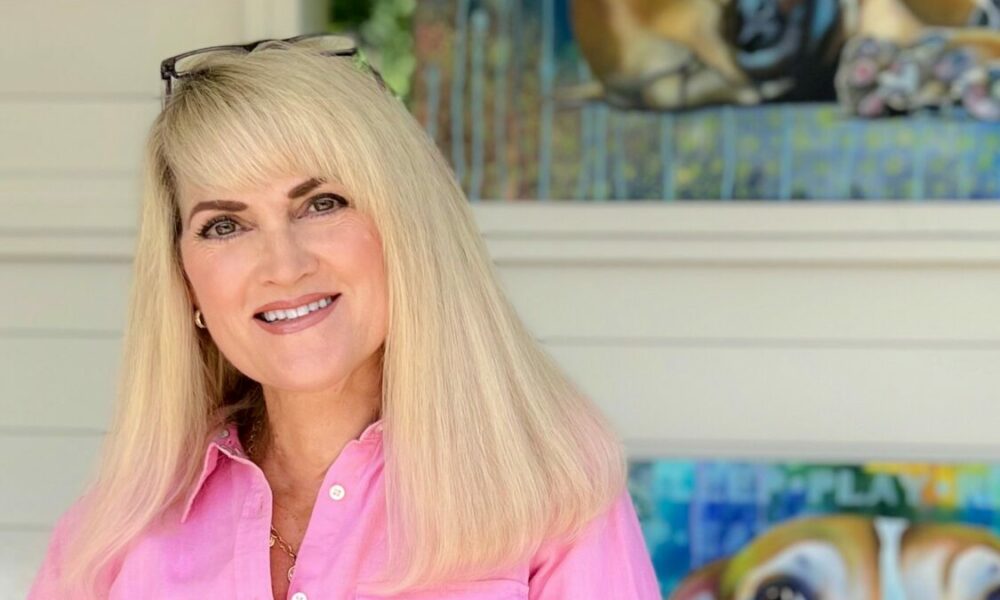 I’m an artist, wife, mother, art educator, and dog advocate living in Arlington, TN. I’ve been married to my husband Mark for 36 years, and my son Austin lives in LA… both of whom are creatives. I credit my grandmother, who was an artist and fashion designer, for starting me on my creative journey, and the time I spent in Girl Scouts for shaping me artistically. There were Girl Scout badges for everything, and many were art related. The first art contest I ever won was through Girls Scouts and it, ironically, was a drawing of cats. I was born and raised in Memphis and teach art at Arlington High School where I’ve taught for 15 years. Read more>> 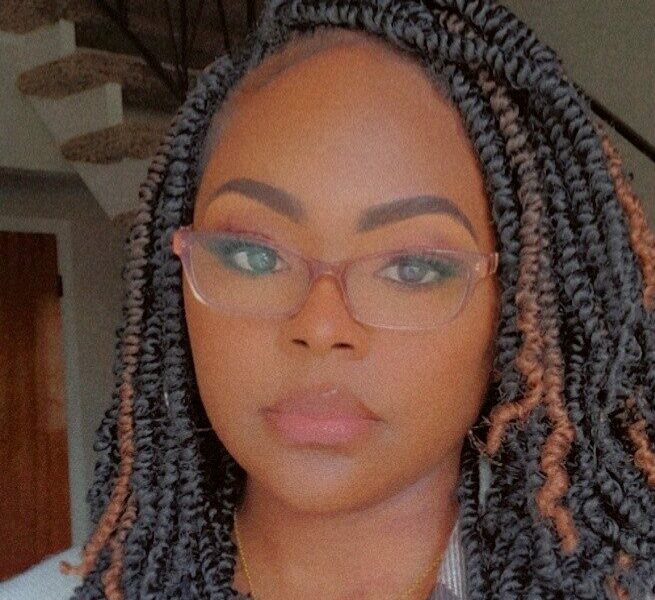 Sure! Back in middle school my thoughts, dreams, and visions were always about forming an organization that catered to supporting young girls like me. Throughout my childhood and adolescent years, I struggled with anxiety and depression, battled with insecurities, faced peer pressure, experienced molestation, and even became involved in an abusive teenage relationship. Not to mention. I also lived in a dysfunctional home which also played a role in the emotional and mental rollercoaster ride that I desperately wanted to be over. Read more>> 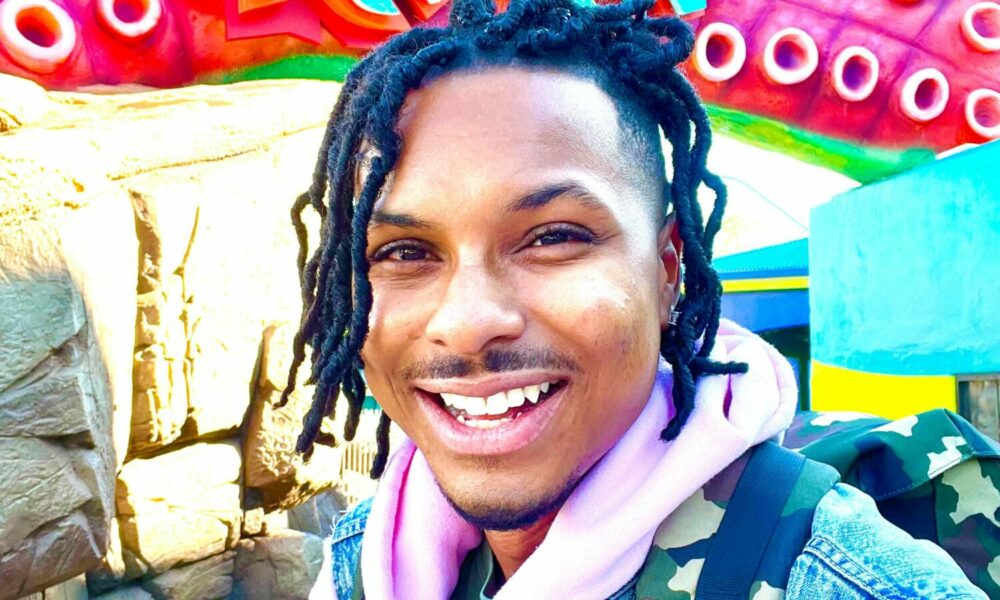 I was always intrigued by Rollercoasters as a kid. I played rollercoaster tycoon all the time! My family would also visit theme parks often, so it just became a part of my life. I grew up going to parks like Knotts Berry Farm, Disneyland, and Six Flags Magic Mountain all the time. It wasn’t until I realized there were others out there like me, that I wanted to showcase why amusement and theme parks make me so happy! I enjoyed them so much that I partnered with another brand to grow within the community. Since then, I have moved into my own development by highlighting the best services you can find in these amusement parks all across America. Read more>>

I’ve been cooking ever since I was about seven years old. I quickly found that my favorite hobby was baking! I use baking as a stress reliever, but people always told me that I should start a business. I decided to step off letting overthinking affect my goals, and go for it! This was also a good idea because it helps me earn money while in college. Actually, since I’ve started, it hasn’t been too bad. Of course with every business, you’ll have good days and bad days, but I’m pretty satisfied. Read more>> 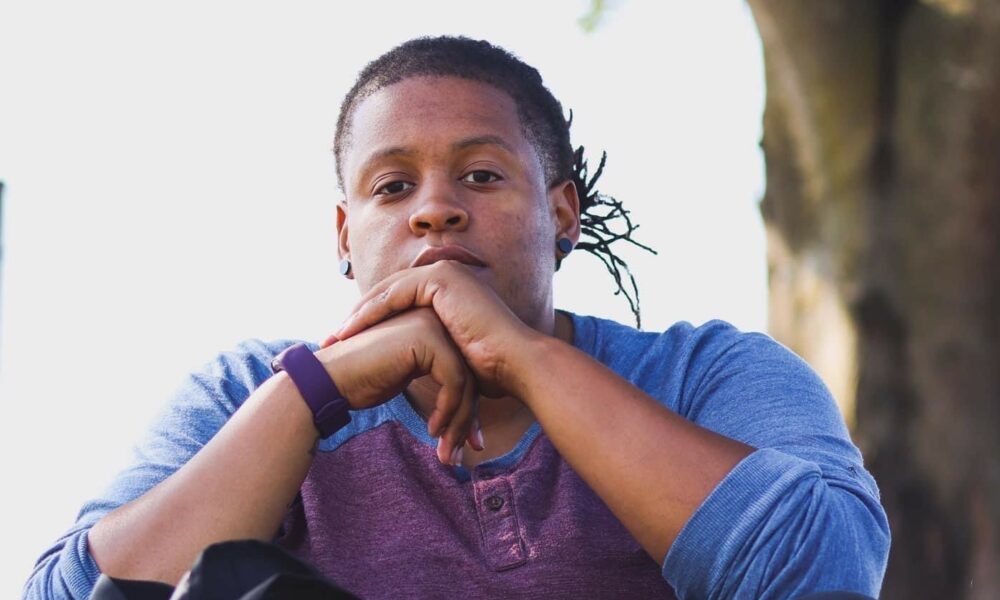 Throughout my youth, I had always been the one who’d have a quick snap disposable camera, snapping the most random of things. Being a quiet, shy and observant young girl, the camera was at times my shield from having to engage with peers around me. Besides social therapy, I had been inspired by the totes of family albums full of photos from times I had no recollection of or moments that had long transpired and were brought back to life at a single glance. Photography became essential. Read more>> 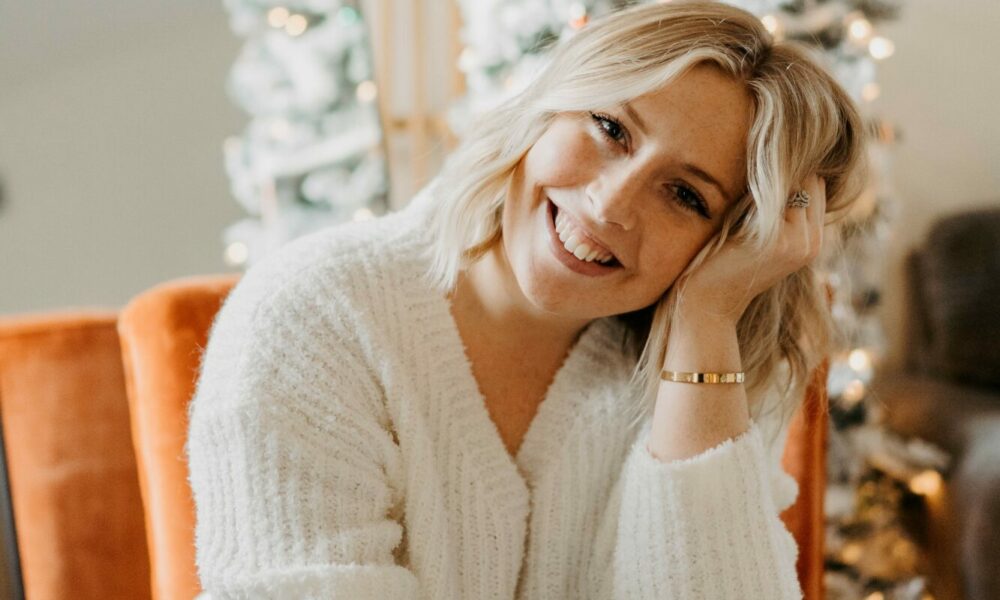 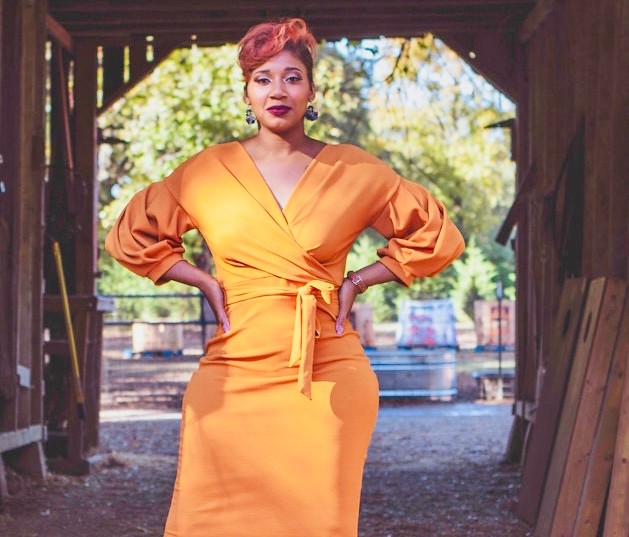 Hello, my name is Yakima Marshall. I am the owner of Sweet Revenge Dessert Factory (SRDF) and the founder of the nonprofit organization, Crown 2 The Soul (C2TS). Sweet Revenge Dessert Factory’s story started as a little girl in the kitchen with my Great Aunt Esther and my Great Aunt Clotea. They would allow me to join them in the kitchen, and learn not just about baking but cooking together. At some point in my youth baking became my main focus, it was all I wanted to do and all I started to inquire about. I was intrigued by how all these different ingredients could make up one delicious cake. Read more>>