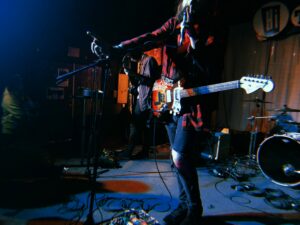 Today we’d like to introduce you to Jeremiah Matthews.

Hi Jeremiah, thanks for joining us today. We’d love for you to start by introducing yourself.
I grew up in Texas (Houston ’89-’96, San Angelo ’96-’06). My dad was an avid musician. He would play lots of private parties, events, bar gigs, pretty much anything he could get on (plus, my mom was a pharmacist so we didn’t have to worry about money too much). It was a lot of fun because he was like a local celebrity to a lot of people. Everyone loved him and seeing that I think gave me a really interesting perspective on the whole music-as-a-career thing. I picked up drums really early (I think I was seven when I got my first little kit) and then eventually piano before picking up bass and guitar in my teens. I learned how gig life worked really early on. I helped him set up his PA system and I even played bass with him and my older brother on occasion.

Eventually, I started writing and recording my own music at home. After I had been using an old Yamaha 4-track tape recorder for a while I eventually started using some free software called Audacity to record all my stuff. It was all very bad. But my dad saw that I was super interested and committed to it so he got me a copy of Cakewalk (recording software) to help make things a little better.

By that point, my mom had passed away and money had gotten pretty tight so, despite Cakewalk not being that expensive, the gesture really meant a lot. So after a while, I joined some bands and whatnot. We were all very bad but it gave me a chance to make my first band flyers. I had no idea at the time but those were some incredibly formative experiences.

When I was 16, we moved to where my dad was from – the Mississippi Delta.

And I hated it.

But I eventually found some good friends and figured things out. I played in a band or two in high school and then I ended up going to Delta State University and double majored in Music Production and Graphic Design… but eventually dropped the Music Production side to focus on Graphic Design. I had realized that the part of the music I loved was the more expressive and home-brewed aspects of it so I shifted my focus to graphic design, finished my degree, and decided to go to grad school… all the while steadily releasing music in the background under a pseudonym, The Ellie Badge.

I came up to Memphis in 2013 for a three-year stint at the University of Memphis getting my MFA in Graphic Design. I didn’t know anybody so I had to start figuring out a way to play shows by myself. Acoustic gigs were fun but everybody does those and I needed a way to stand out. So I got a loop pedal and some drum machines and I started reworking my songs to be able to be played as live loops. I wanted to really challenge myself to play them without any computers or anything so that all of the sounds I heard were made live (other than the occasional field recording or sound effects). I even built my own guitar out of spare parts in order to get a specific effect for my setup. I started practicing this a lot and eventually, it paid off.

Cut back to grad school – part of my responsibilities as a grad student was to work for the university’s record label, Blue Tom Records (which purely coincidentally lined up with my personal interests). Because of this, I met a lot of local musicians and got a lot of local connections. I even landed my first couple of gigs at a house venue through a friend I met there (all thanks to a mewithoutYou shirt I was wearing – shoutout to Eli!). I got to try out my new live loop solo performance and honestly, it went over really well.

After I graduated, I got a job at the Memphis Flyer where I met some more great people and got my first gigs opening for a coworker’s (and literally the nicest person in the world, Jesse Davis) band, Terry Prince & The Principles. From there, I got other gigs and started playing two to three shows a week for about a year.

It was pretty grueling. All the while though I was continuing to put out music. Thankfully I was able to design all of my own flyers, stickers, t-shirts, album art, and everything else I needed and I became a truly DIY production. The only exception is that a friend of mine out of Boston was releasing my stuff through his tape label, Endless Bummer Records (shoutout to Jim!).

After a while, I got a new job at Crosstown Arts and the Crosstown Concourse. I pulled back from doing solo shows a bit and ended up getting a band together. It started as a My Chemical Romance cover band and then our bass player, Wyatt, and our drummer, Patrick, decided to stick around. From there we got our buddy Eli (from earlier!) on guitar and we had a good thing going.

We played a lot of gigs. We had a lot of fun. Then we decided to start writing a record together. Up until then, I had written everything myself and just brought it to the band in a finished state so the idea of writing with other people sounded really fun and new.

And then my dad passed away.

And then a week later Covid broke out.

Throughout the pandemic, I kept my head down and wrote a ton of songs. I did some livestreams and whatnot to keep my finger on the pulse and all that. I released some songs about my dad that I don’t think we’ll ever play live. And just kept crossing my fingers that we could start up again soon.

Eventually, Eli got married and moved to Knoxville (we still love and miss him very much – he’s still in the band chat) so when the pandemic eventually ended we found ourselves a new guitar player, our buddy Jeff (from the aforementioned Terry Prince & The Principles and the second incarnation of our MCR cover band) and he’s been great. I think his playing has really shaken up our vibe a lot in a refreshing way.

So that brings us to today: We’re playing shows again! Also, in the past couple of months, we have started some full-band recordings with Blair Davis over at Young Avenue Sound (shoutout to Blair!) that we’re hoping to finish up in the coming months.

But a lot of the material I’ve been writing isn’t really fit for a full band so I have also been laying down some solo recordings with Calvin Lauber over at Memphis Magnetic (shoutout to Calvin!). We’ve got big things coming down the pipe and we’re so excited to share them with you.

I’m sure you wouldn’t say it’s been obstacle-free, but so far would you say the journey has been a fairly smooth road?
It has been extremely not smooth, haha.

On top of the lineup changes, personal tragedies, and the pandemic – I had decided early on to try and be as DIY as possible, and, while I think it did allow me to create a very distinct aesthetic and save a lot of money on hiring professional artists and engineers, I do think it held The Ellie Badge back. Lately though we have started rectifying that mistake by saving up money to actually hire audio engineers who know what they’re doing (as opposed to me recording everything by myself at home like a dingus).

So hey, to any young artists out there just starting out – Invest in yourself. I know studios are expensive but I promise you that you will get what you pay for and it will be worth it (as long as you find the right people to work with of course!).

Thanks for sharing that. So, maybe next you can tell us a bit more about your work?
As a graphic designer, my day job has me designing collateral for Crosstown Arts and the Crosstown Concourse.

I do pretty much all of their signage, web assets, and really just anything they need. Outside of that, I do a lot of freelance work for local bands and small businesses. Logos, posters, web graphics, etc. I get a lot of work designing posters for shows in particular and, honestly, I’m not complaining. I love doing posters!

Music-wise the vast majority of my output is under the name The Ellie Badge. We have a lot of music out on all the streaming platforms and we have even more out on our Bandcamp page. We also play around town relatively frequently. Check us out on Instagram, Facebook, and Twitter for updates (and also someone should help me make a TikTok or something – I’m old).

Are there any books, apps, podcasts, or blogs that help you do your best?
Honestly, my most-used apps are probably my Notes App and the Voice Memo App for lyrics and quick little demos. My phone is absolutely drowning in bad ideas but every now and then a good one will come out and Notes/Voice Memo is there to catch it and nail it down for me.

I honestly don’t read or listen to a lot of artsy or industry blogs/podcasts/etc. The business side of things kinda kills the enthusiasm for me and the artsy stuff I see and hear is usually kind of vapid and cringe. I prefer to just find inspiration in other things. I try to stay up on current events. I read a lot of comics. I try to maintain close relationships with interesting people. I try to have open and honest communication with people to help me learn how to express myself more honestly.

That’s really it. I know it’s kind of lame but I honestly believe that the essence of art is communicating personal experiences with other people so I think just trying to stay connected and close with other human beings is the best way to learn how to make better art. 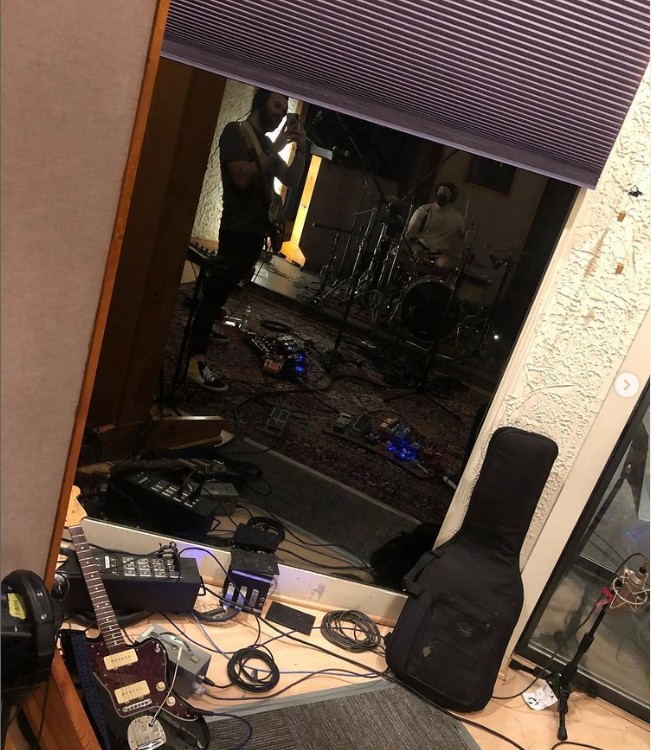 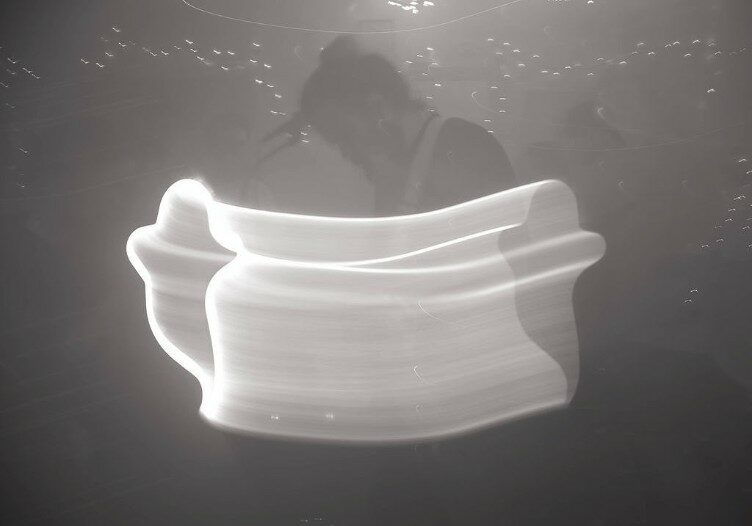 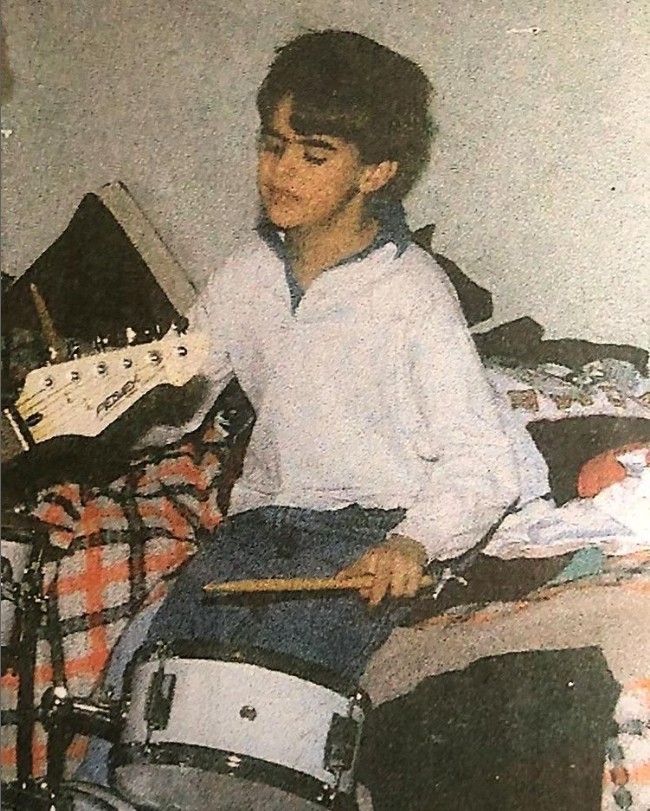 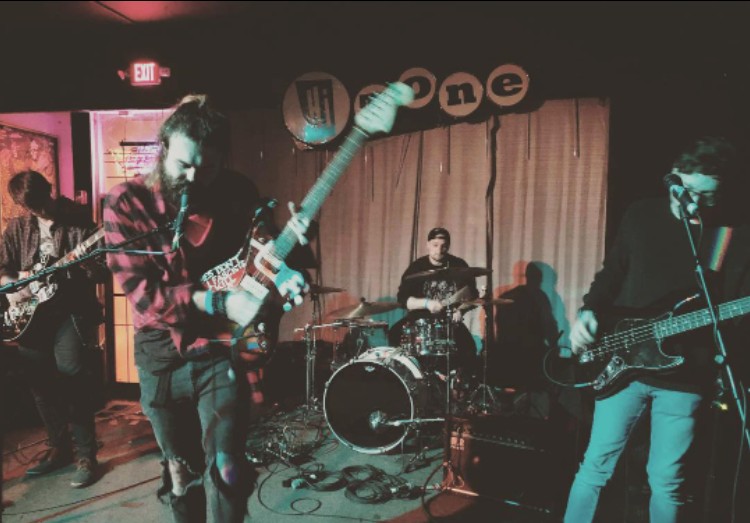