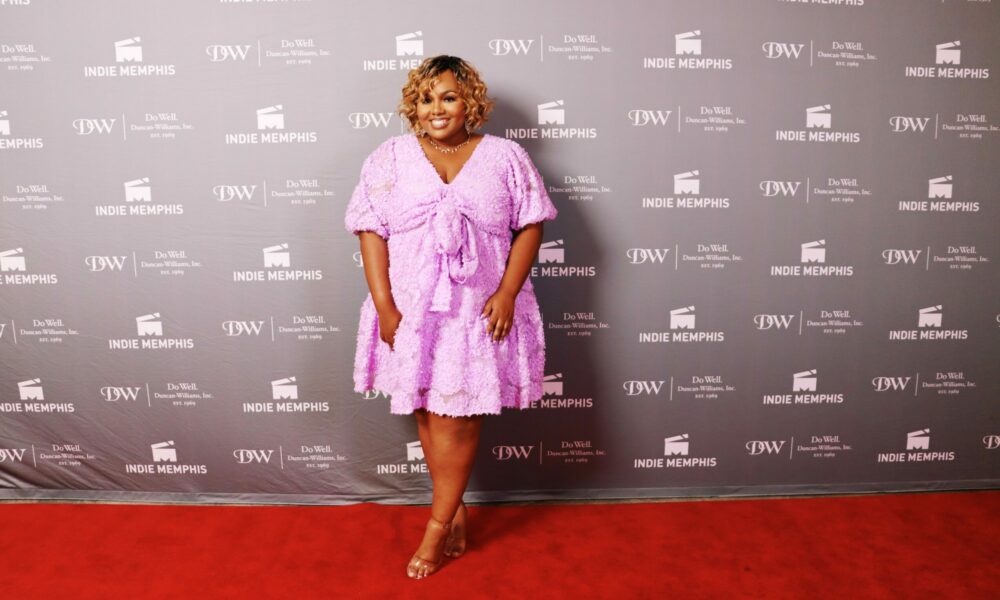 Today we’d like to introduce you to Jasmine Rene’ McCaskill.

Alright, so thank you so much for sharing your story and insight with our readers. To kick things off, can you tell us a bit about how you got started?
I was born in Oxford, Mississippi, and raised in Southaven, Mississippi. I like to say that I am Mississippi raised but Memphis made! My fondest childhood memories include the many adventures on my maiden family’s land in the Springfield community of Petal, Mississippi but also the countless trips to the Memphis Zoo, Memphis Children’s Museum, Memphis Grizzlies games, and National Civil Rights Museum.

While I am a Mississippi girl through and through, I love the Memphis culture and the extraordinary people here. In my early teens, my parents, Vincent and Rhonda McCaskill began local ministry and planted a church. It was there at By God Inspired Fellowship where I first saw the needs of my community, served them, and picked up my first set of film equipment. That moment when I received my first camera changed everything.

I moved back to the Memphis area the summer following my graduation. Downline Institute, a nine-month intensive discipleship training program, brought me back. But before I started Downline as an Emerging Leader, I spent the summer applying to many film festivals for my thesis film and working part-time at KQ Communications, a Black woman-owned Public Relations, Digital Marketing, and Branding firm right here in the City of Memphis.

I was part of the first cohort to graduate from Spelman College earning Documentary Filmmaking degrees. During my senior year, I was consumed with the production of my thesis short documentary film ‘A Homecoming I’ll Remember’ (2021).

I raise questions in this film that investigates how beauty standards have been shaped globally to negatively impact the way Black women view themselves compared to their white counterparts and how politics play a role in winning Black women representation in leadership roles, specifically in pageantry, in predominantly white spaces.

Along with Zoe, reflected in this film is also the triumphant story of Pamela McKelvy who was the first Black woman to represent the state of Kansas in the Miss America pageant. My film proposal went before my department and was approved in the first round. With the help of friends, family, and the college community, I raised over $5,000 to create the film. I was fully funded in less than 30 days.

While rejected from the first few festivals I applied to, on September 2, 2021, I was notified that Indie Memphis Film Festival officially invited my film to their 2021 festival happening October 20-25, 2021. I knew that this would be the place where I would world debut the film and make my directorial debut. Memphis is my home.

Alright, so let’s dig a little deeper into the story – has it been an easy path overall, and if not, what were the challenges you’ve had to overcome?
Absolutely not! Creating a film in a pandemic is no joke, especially as a student. Where I once could rely on my cohort for assistance, the pandemic fused an isolated experience.

I applaud every artist who continued in their form during the early stages of the pandemic. I also applaud every student who got that degree behind their name!

Thanks for sharing that. So, maybe next you can tell us a bit more about your work?
I began a YouTube platform my first year of college called “Jasmine Rene’ TV”.

I launched the channel initially to document my college experience at an HBCU and store projects that I would create as an undergraduate film student. While preparing for my first undergraduate project “Behind the Call” during my sophomore year, I realized that there was a heavier calling attached to Jasmine Rene’ TV.

I believe that I am called to own a production company that’ll display the stories of Black achievement, Black culture, and Black life and is the bridge where Kingdom and culture collide, the intersection of Black culture and the Christian faith.

My work includes: ‘Behind the Call’ (2019), which took an intimate look into undergraduate students who were ministry leaders and the mental health struggles they dealt with behind closed doors, and ‘The Well: Love Ran Red’ (2019), which highlighted Atlanta University Center love stories that kept their faith at the center of their relationship, and now ‘A Homecoming I’ll Remember’ (2021), an experimental short documentary film that explored the intersectionality of the politics in race, class, privilege, and beauty and was created to be a labor of love to Black women, especially those who ever walked the halls of DeSoto Central High.

During the George Floyd protests, I hosted a LIVE virtual event called “Lens Talk” where I sat down in front of a LIVE Zoom audience with six Spelman College alumnae, each in various careers, and cultivated a candid, Gospel-centered conversation about the current climate of our nation and our response as Black Christian women. I premiered this on my YouTube channel in a talk-show format, inspired by Oprah Winfrey’s “OWN Spotlight: Where Do We Go From Here?”

In regards to my thesis, I am most proud of the type of team I had. The film literally wouldn’t exist without collaboration and the support of Black women. More than half of my cast and crew, which includes actresses, animators, composers, dancers, and poets, were Black women. I am also proud that this team was primarily made up of students in the Atlanta University Center.

Before we let you go, we’ve got to ask if you have any advice for those who are just starting out?
Keep your intention pure and your convictions close!

Bloom where you’re planted and seize every opportunity, even if you feel unqualified. One thing I know for sure: God doesn’t call the qualified, He qualifies the called. Romans 8 is such an encouraging chapter in Scripture, but these two verses I just have to highlight: “And we know that in all things God works for the good of those who love him, who have been called according to his purpose… And those he predestined, he also called; those he called, he also justified; those he justified, he also glorified.” (Romans 8:28,30)

The love for my culture and my Savior is what pushes me onward. I want to make Christ’s name known as my career progresses. That is my muse! 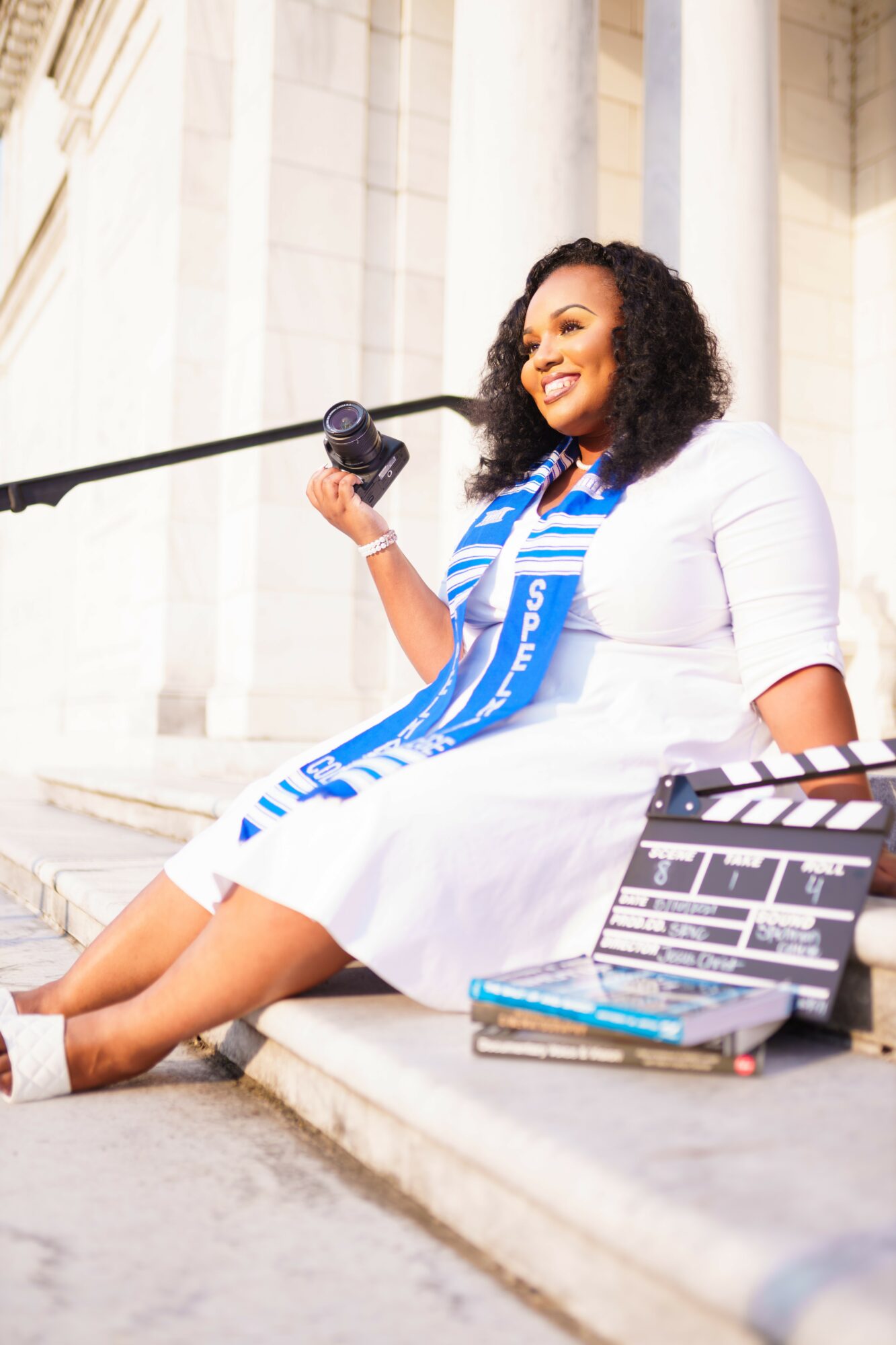 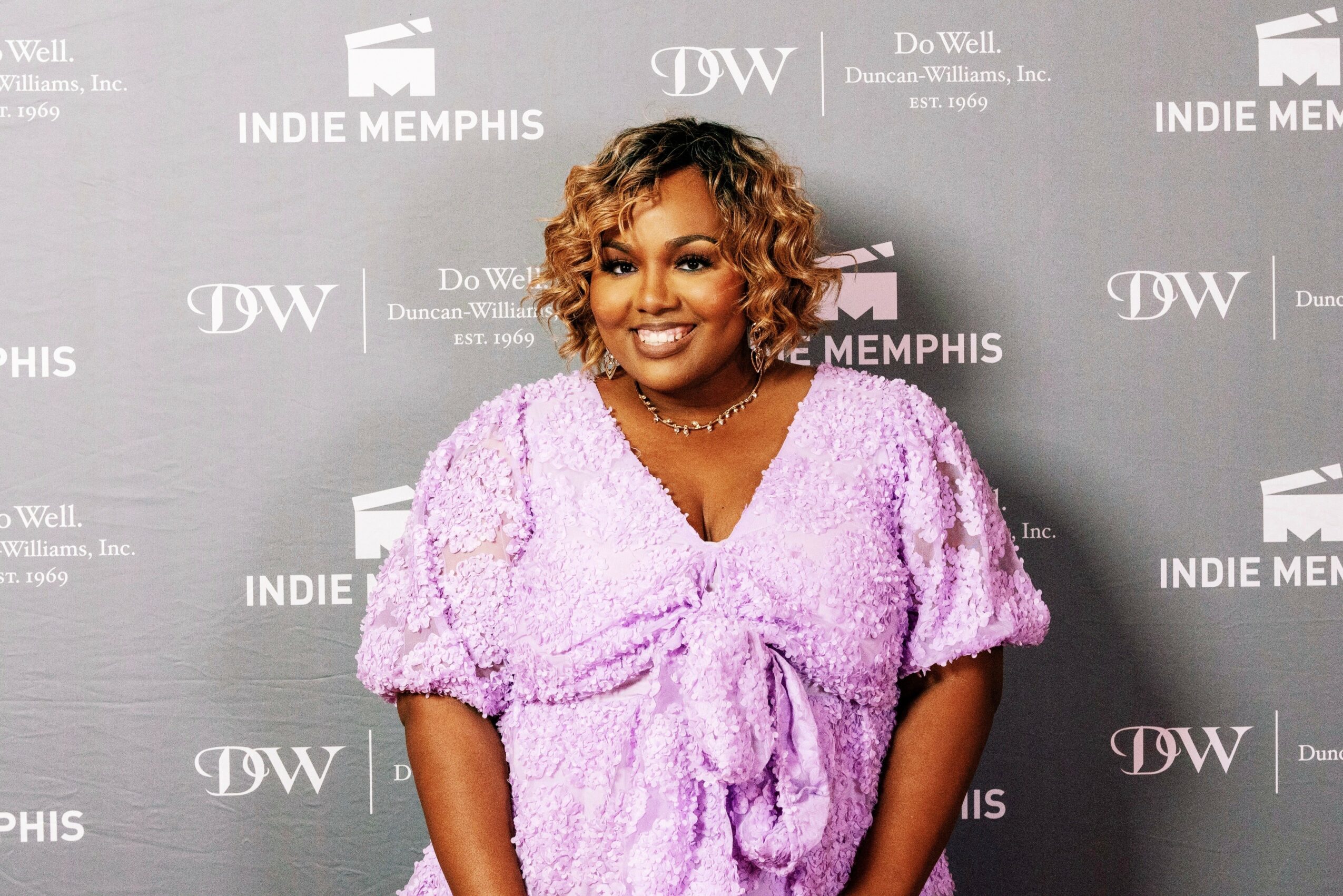 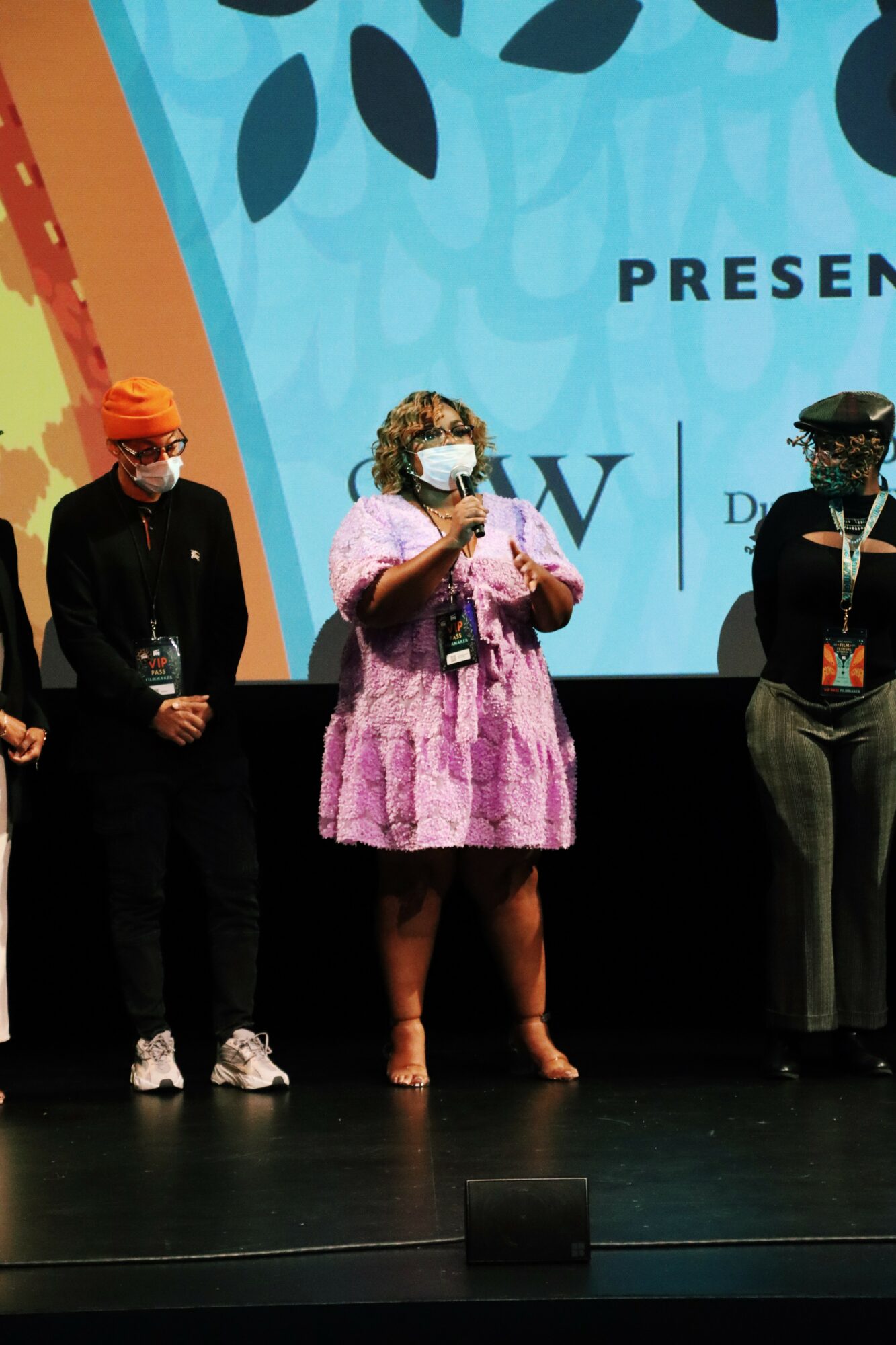 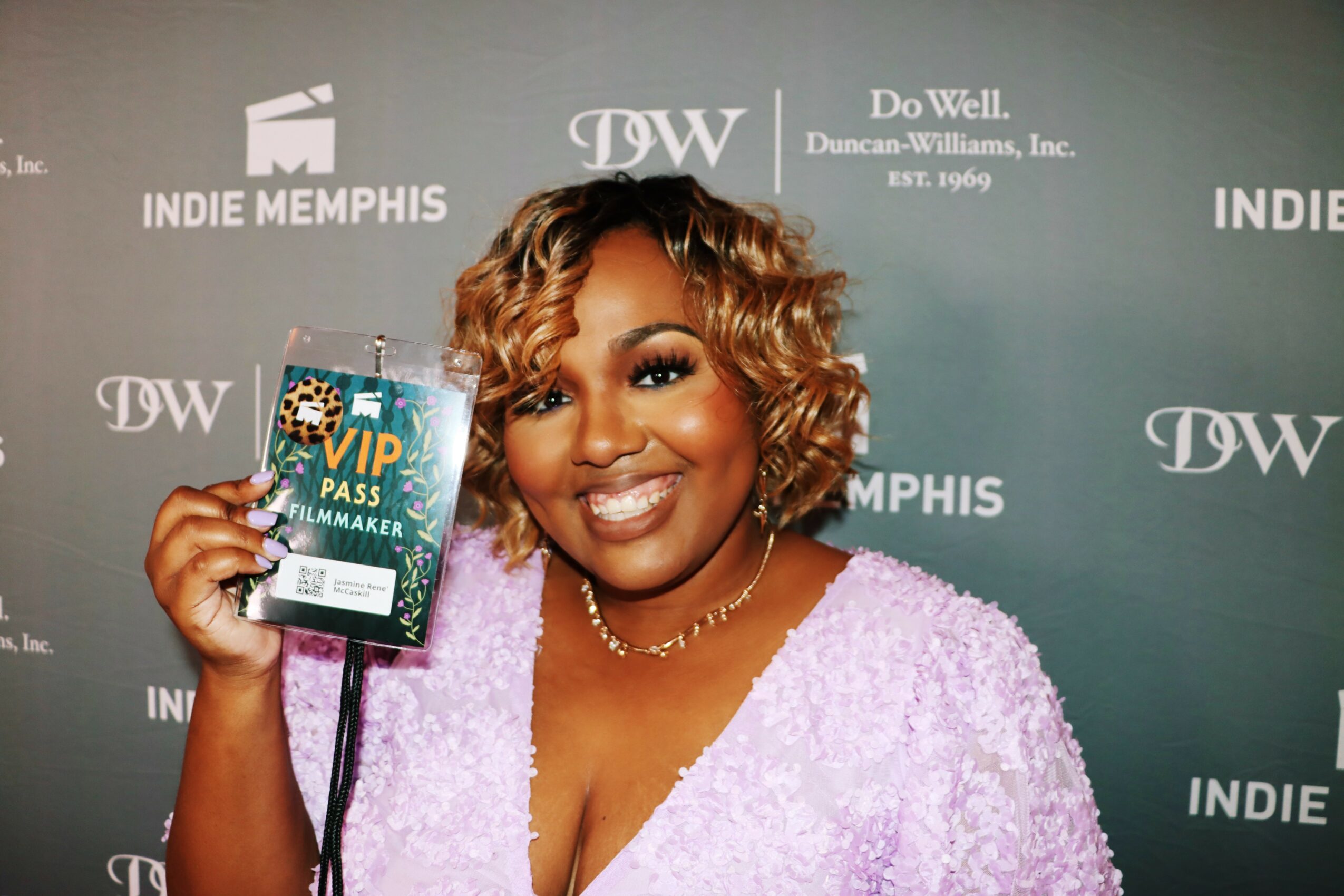 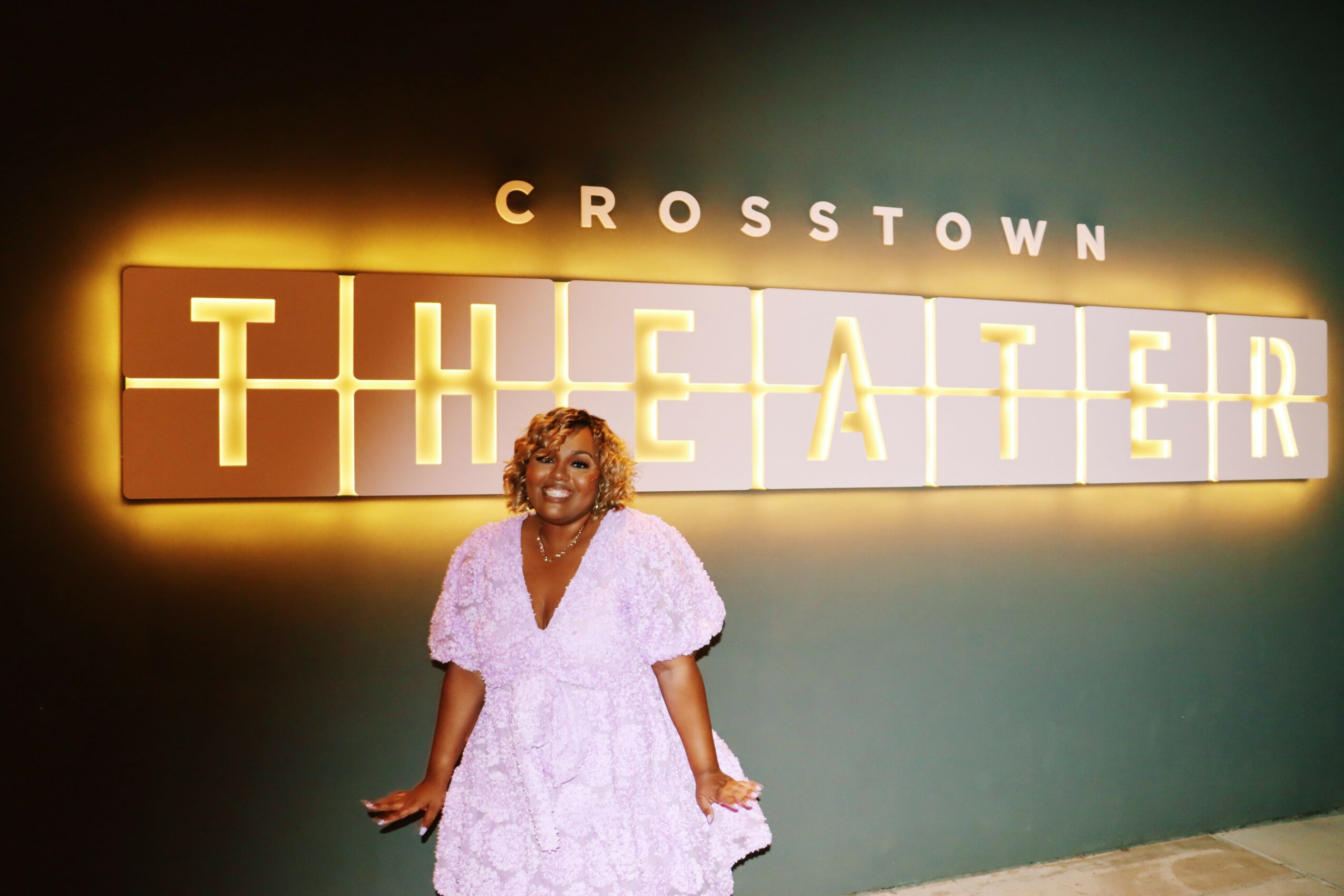 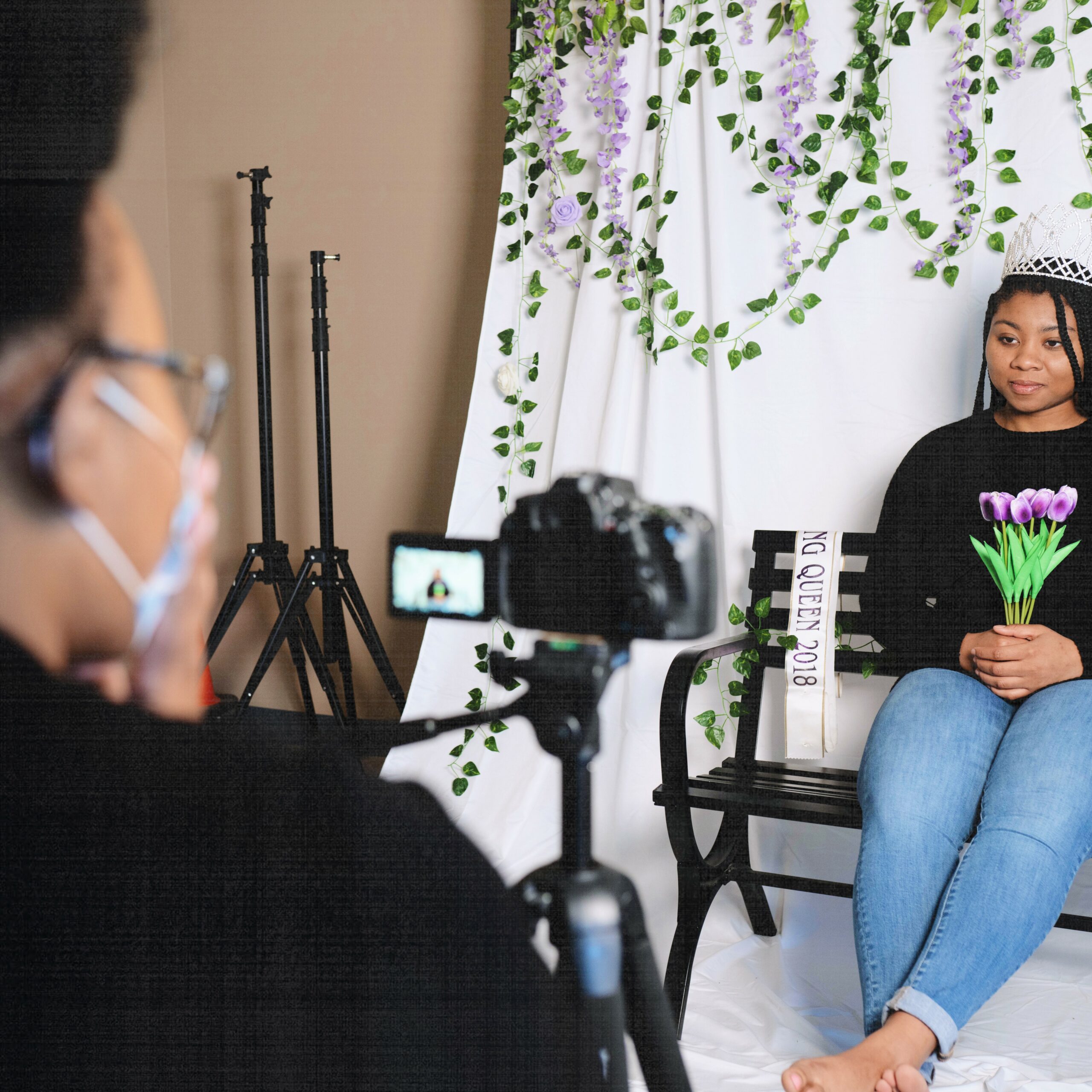