Today we’d like to introduce you to Matthew Bowlin.

Hi Matthew, please kick things off for us with an introduction to yourself and your story.
The evolution of Pattie O’Furniture started when a dear friend invited me to be a part of a drag show in 2006. This birthed my original persona.

After a few months on the drag scene, this same friend wrote a musical where my drag persona was portraying a fictional drag queen by the name of Patty O’Furniture. Fast forward to March 2017, Memphis had a massive snowstorm and as inspiration struck, I rummaged in my closet and snagged my old Patty O’Furniture wig (yes, this was still in my closet!).

What started as a joke turned into “positive Patty” hitting up downtown hotspots, restaurants, pop-ups, and retail in drag posting videos to social media, and gaining followers.

We all face challenges, but looking back would you describe it as a relatively smooth road?
When I was introduced to drag, I was a single gay dad raising two teenage sons by myself, this created complications. At this time while I did not hide that I was gay, I did not introduce myself as such in front of my sons. When I became involved in drag this brought on what was an uncomfortable conversation with these 14 and 15-year-old boys.

These complications were not that they did not love their dad but the external influences surrounding our family made it difficult for them to understand and therefore accept who I was. By the time the drag show and musical were over, I chose to give up drag and focus on my sons until that March snowstorm in 2017.

While I did not want to give up who I was, I valued being the father to my sons more than expressing myself through drag. By the time I re-entered the drag scene, I had the full support of my sons. My eldest still lives in Memphis and he walks me to and from the bar for shows, attends my events, and even helps out at the club as an ally.

Alright, so let’s switch gears a bit and talk business. What should we know about your work?
At first, Patty was just at openings, events (i.e. Trolley Night), pop-ups, and hotspots downtown creating positivity wherever she went. This went on for about a year until one of the pop-ups where “positive Patty” showed up for the owner asked Patty to host bingo.

This became a weekly occurrence for Patty to host a one-of-a-kind comedic bingo where Patty wasn’t afraid to talk back and make her sides hurt from laughing. A short while later a new bar, The Atomic Rose, was opening up. I met with a friend who was a bartender there at the time at the club. This friend had an idea as we were talking and decided I should come on board for a Sunday bingo drag show.

This made me the first hired drag queen for The Atomic Rose and landed me what so many come to see each and every Sunday. So come on over to the coolest club in town and on Sunday you can have a seat on Pattie’s lap and we can talk about the first thing that pops up!

We’d love to hear what you think about risk-taking?
I took a risk on coming back to the drag scene as an older drag queen.

This is a risk as so much entertainment is about physical energy which, let’s get real honey, I’m not about to buck and twirl at my age. In addition, unlike every other queen you will meet, I am unable to wear heels to finish off that polished look queens are known for due to a childhood accident. This physical limitation had already kept me from pageants as my inability to wear anything other than flat shoes did not fit show requirements.

In 2020, I entered a local drag competition (think Ru Paul style) called “War of the Roses” hosted by The Atomic Rose’s show director Bella DuBalle. I was the eldest drag queen in the competition out of the nine queens vying for the spot to be declared the “brightest rose in the garden.” This forced me to re-brand Patty to Pattie so that she would be her own persona and glam up that campy character. While I may not have taken home the rose I did place in the top four despite the obstacles I faced with my age and wardrobe requirements.

This was one of the most difficult things I have done in my drag career as it forced me to finish finding Pattie O’Furniture’s true self. Once, however, wasn’t enough. In March 2022, I returned to “War of the Roses” for the All-Star season, again, going against the what is expected of today’s queens so I relied on the glammy persona I had created for Pattie O’Furniture to steal the hearts of the judges and audience, which I did of course. 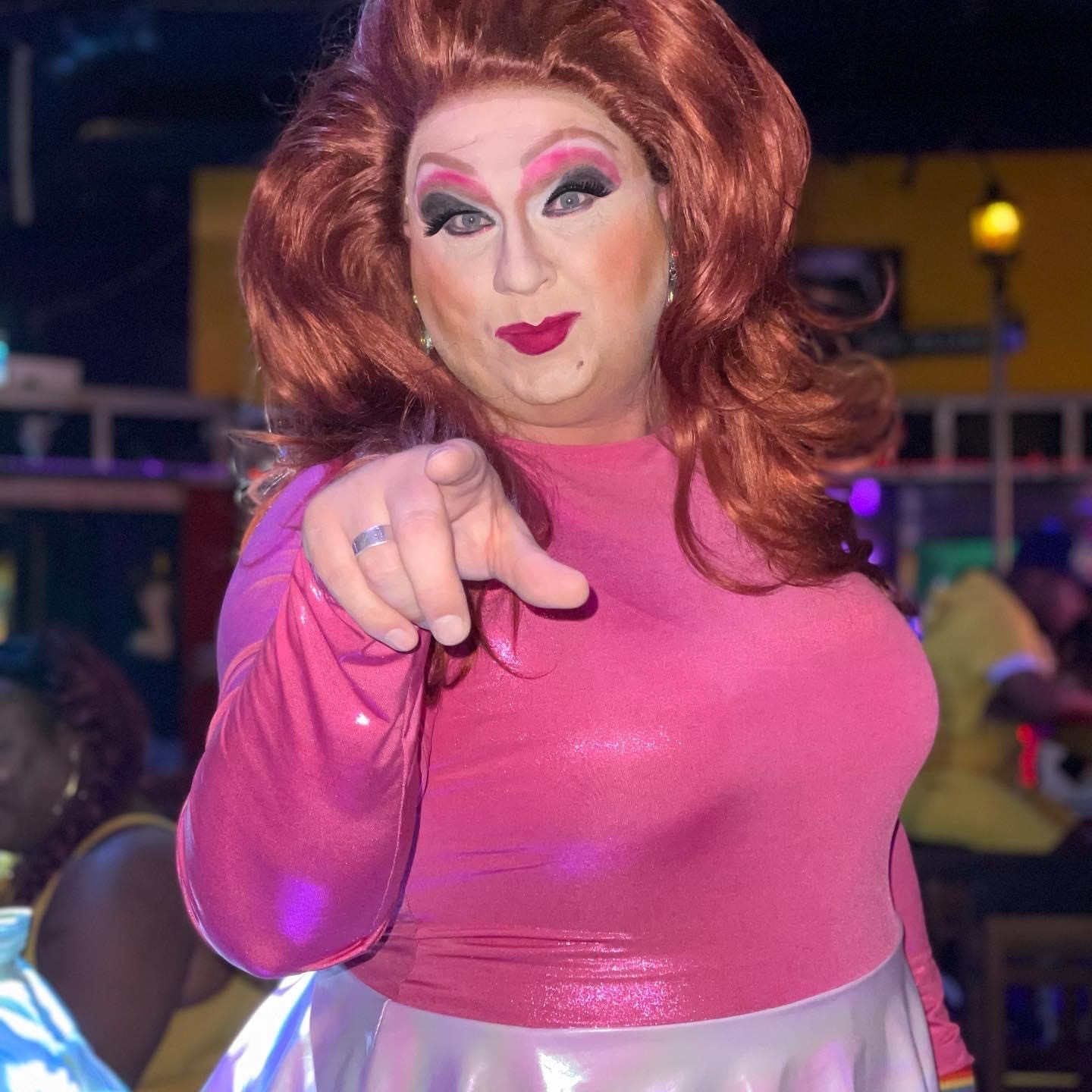 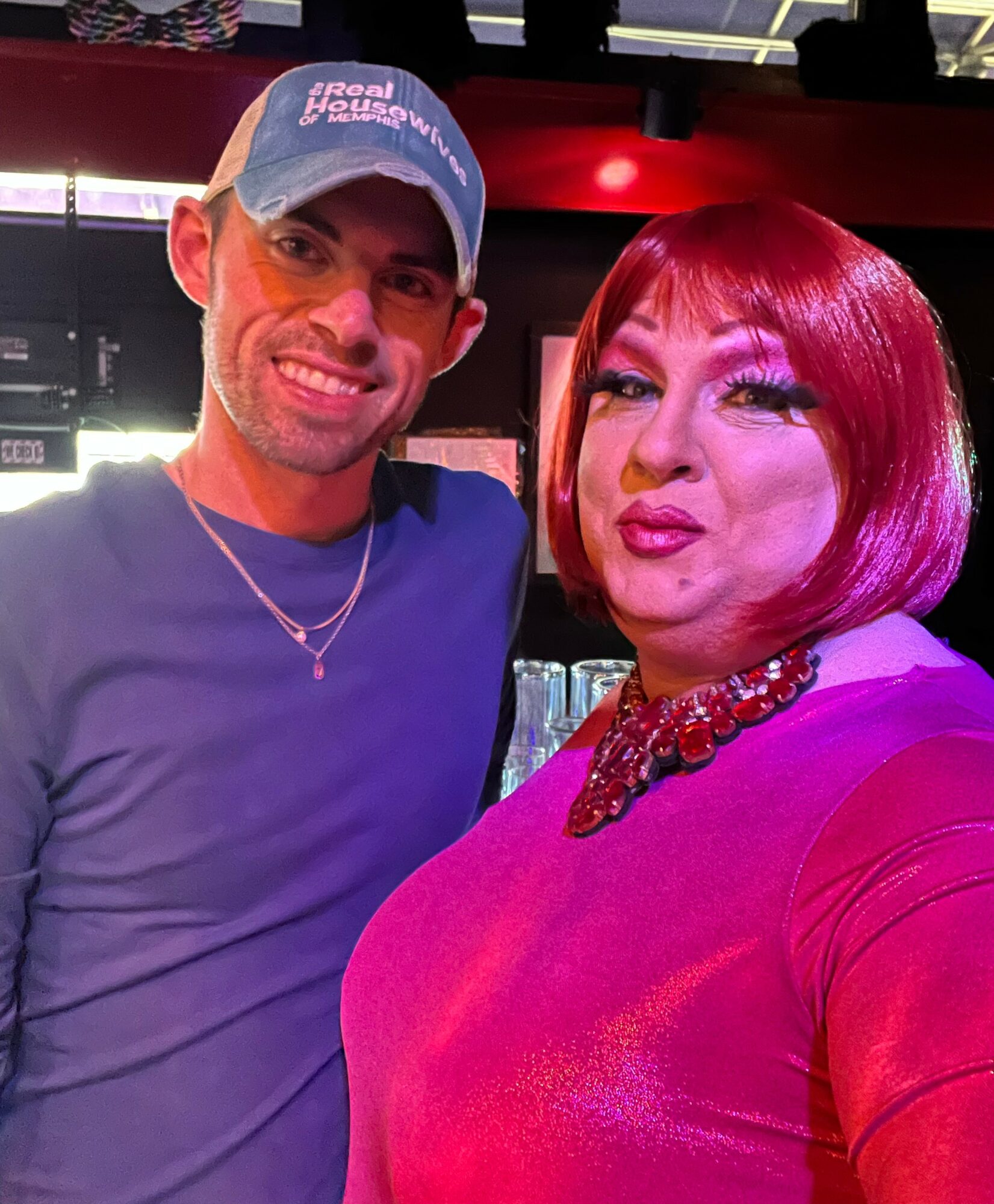 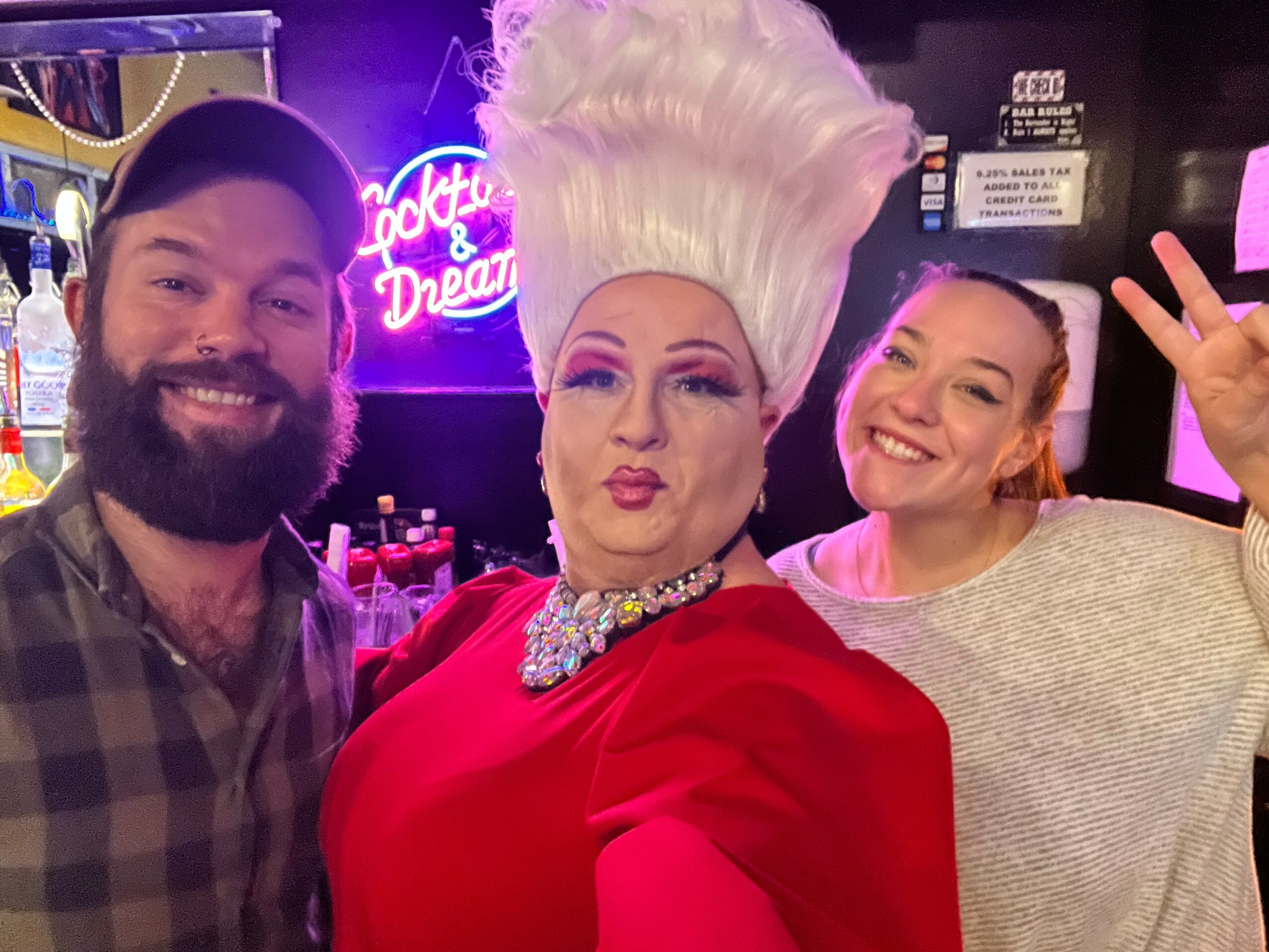 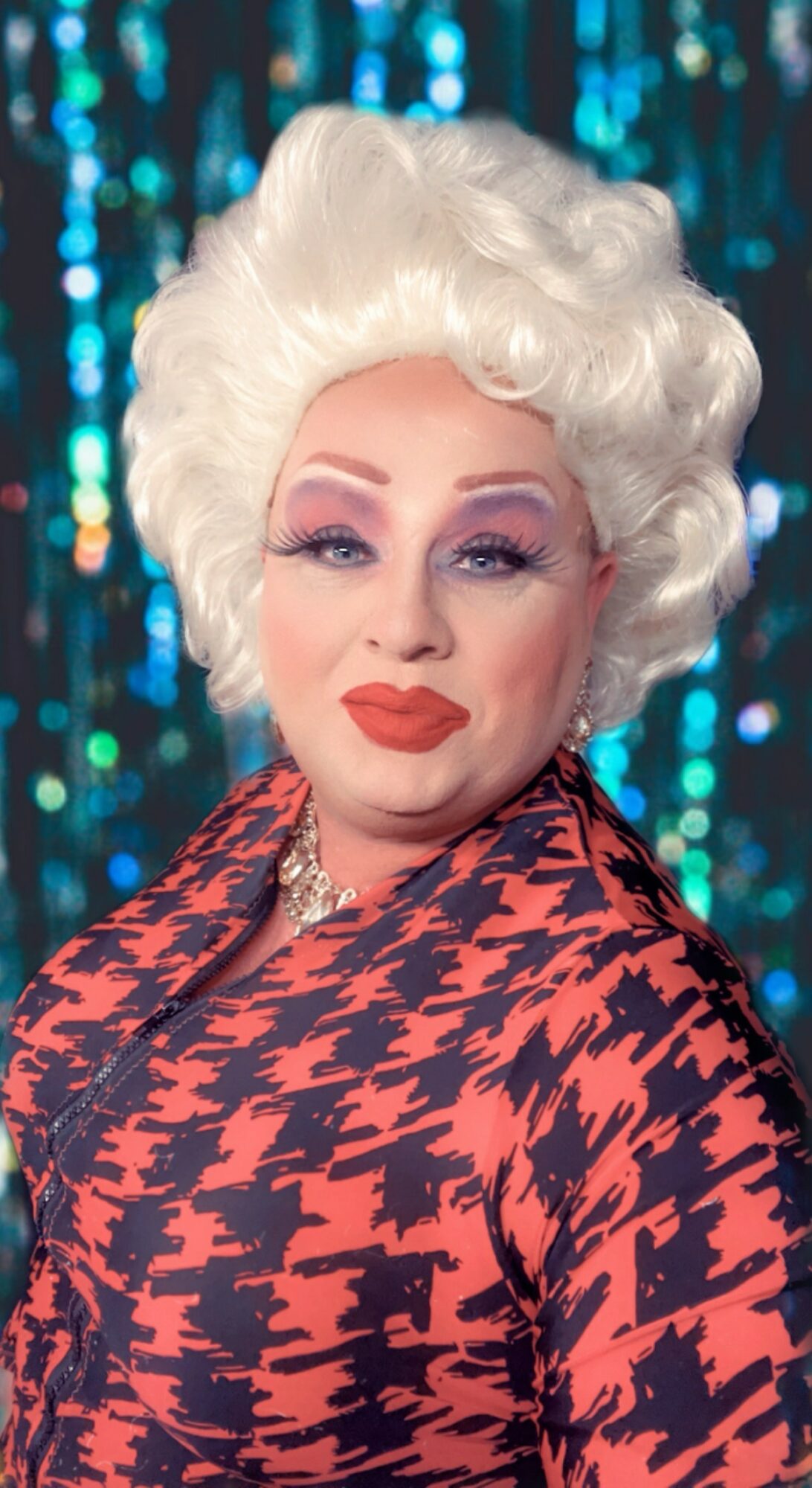 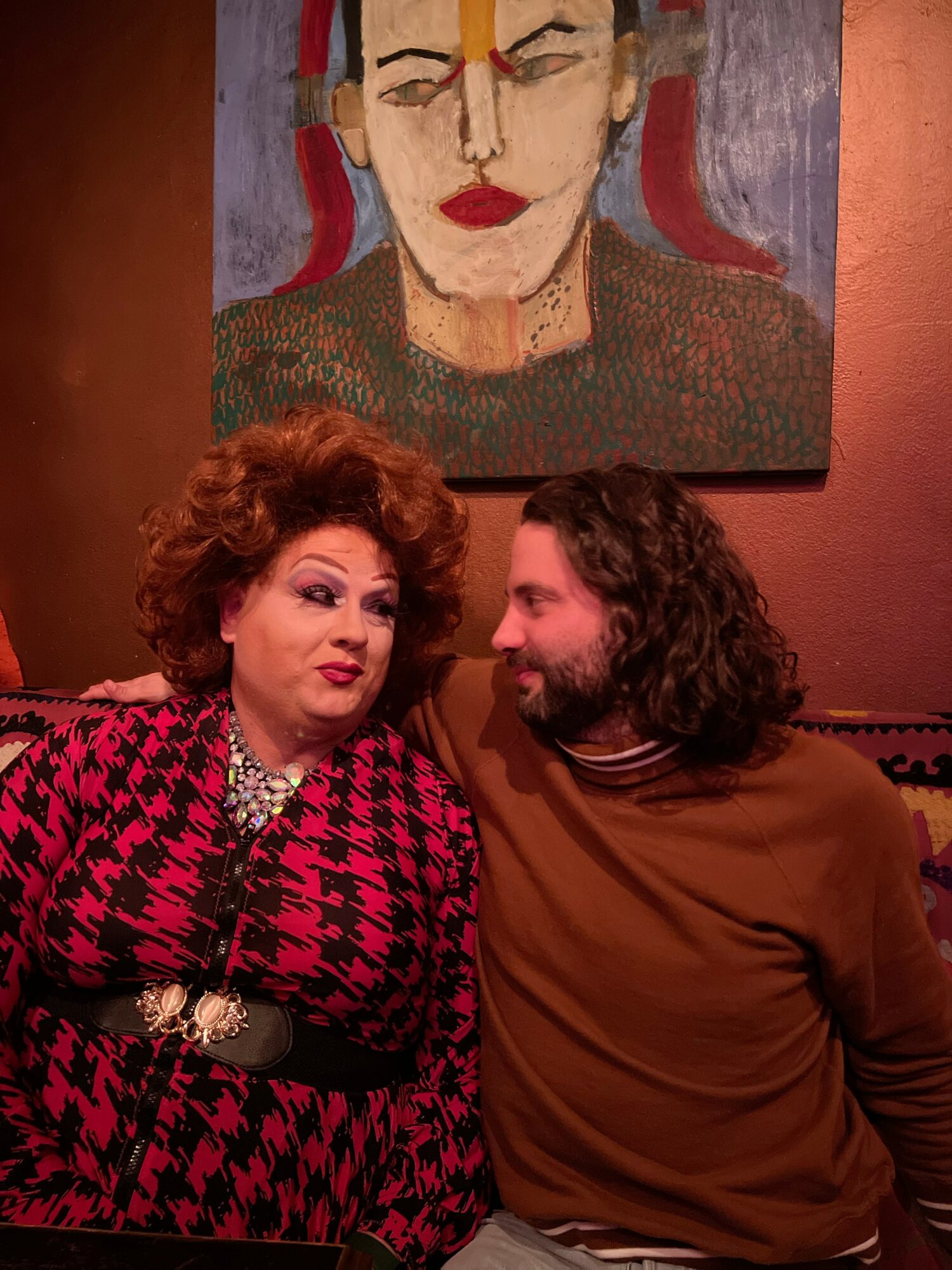 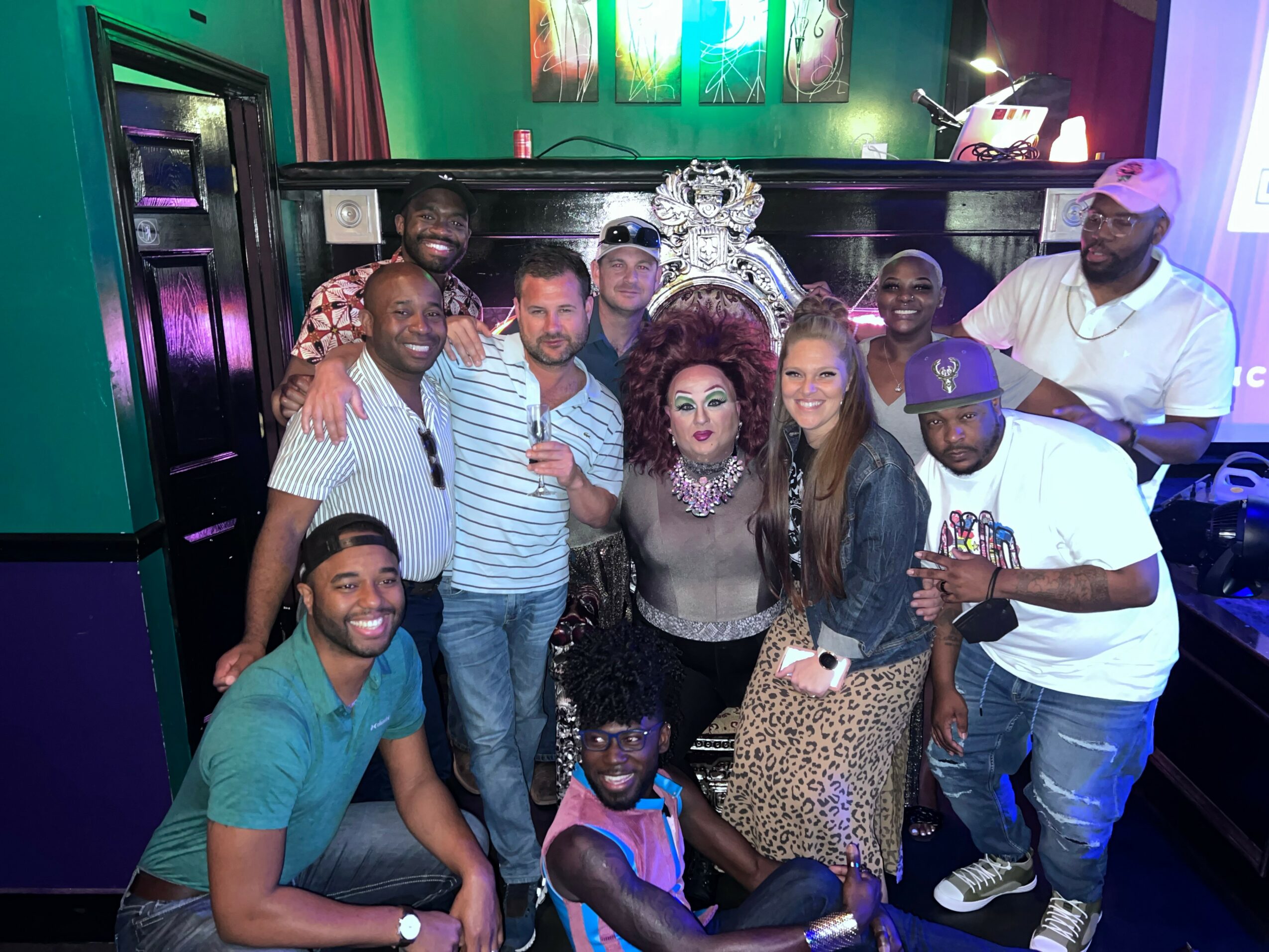