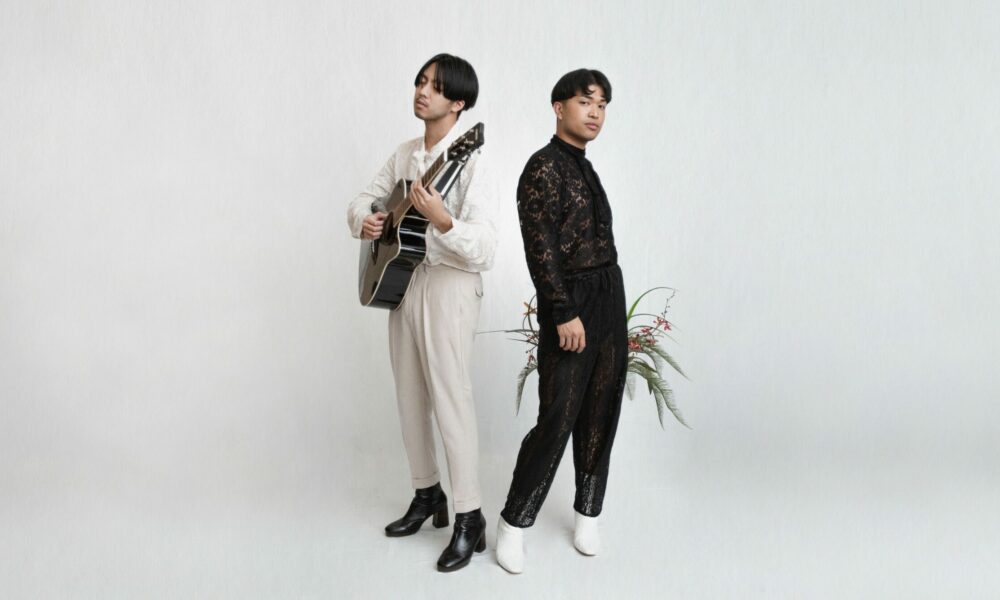 Today we’d like to introduce you to Kris Ruaro and Eric Makapugay. Them and their team share their story with us below:

Mak Ro – which by the way is the easiest part of our last names combined (Makapugay and Ruaro)- was formed around 2018. We began the project after working on our own projects for a while and then realized that even outside of being cousins and BFFs our whole lives, we had really great chemistry creating together as well.

Eric heads the instrumental side of things while Kris heads the vocals, but production and songwriting are where the collaboration happens.

It’s been quite the journey getting to where we are. For the past three years though, we feel what we’ve really accomplished is understanding who we are and what Mak Ro is, or really feels like through different mediums of art. From production and songwriting to fashion and visuals, we tend to create based on what we love and find to be beautiful at the moment.

Can you talk to us a bit about the challenges and lessons you’ve learned along the way? Looking back would you say it’s been easy or smooth in retrospect?
It has DEFINITELY not been a smooth road – but that doesn’t mean we won’t keep driving.

One of the first hurdles we faced was having to create together but from a long distance. When we started, Eric was in college at Northeastern University in Boston and Kris was living in Nashville working for USA Today Network.

Our process back then would be us shooting snippets of things we create separately to each other and then planning to come together to produce the records together ourselves. Although it was not ideal, we ended up pushing through and creating a lot of what is released now, all while living super far apart. On the bright side though, we’re now living together and are able to work together on a daily basis which has really sped up our workflow, especially having a dedicated home studio that we can work out of.

The other hurdle would probably be building self-belief. Growing up, we experienced a lack of Asian representation in the music and entertainment industry, so it was hard to visualize ourselves being in that position. We’re extremely grateful though to have family and friends be the ones to really motivate us in the beginning to keep going. But all in all it was really up to ourselves to believe in what we’re doing, which honestly it took a minute before we truly accepted ourselves as artists.

I think what really convinced us was that every time we would work on something together, we just kept on pushing each other and creating better works as we moved forward with it. And I think overall getting to enjoy and experience the evolution of our work throughout the years has become the most tangible proof for us that we’re exactly where we need to be. Even though we don’t have the biggest audience at the moment, we’re extremely proud of the things we create and are super thankful to everyone who has shown us love and has followed us through our journey from the beginning.

Thanks – so what else should our readers know about your work and what you’re currently focused on?
That we would love to meet them on our social media platforms! We can be found on all the social media realms as @makromusicofficial, and they can find all of our works at www.makromusicofficial.com.

As for things upcoming, we definitely have a few releases we’re working on. Pretty excited though – we feel like 2022 is about to be a super busy year so stay tuned!

If we knew you growing up, how would we have described you?
KRIS: To simply put it, I was EXTRA with a dash of maybe a little too much. One of my first memories was literally singing karaoke as a kid with my family; although I also do remember a lot of dancing and theatrics.

I was actually born in the Philippines and didn’t move to the US until I was 8 years old. Growing up though, music was a huge part of my life. My dad was a musician so he’s one of the biggest reasons why I was so into music. We listened to a variety of people especially during car rides – from Nat King Cole to Aegis (which by the way is a Filipino band) to Billy Joel and even Billy Idol! Personally, though, the first CD I ever bought was Destiny’s Child and I absolutely loved Mariah Carey, Brian McKnight, and Micheal Jackson. R&B was my favorite for a while but I was super open-minded and listened to some other genres as well including rock and even country.

My parents found out I could sing well around 6th grade – I landed a solo in the choir – and they automatically threw me into voice lessons. From then on, I did a lot of theatre shows and singing competitions which I’m super grateful for because that’s where I made most of the friends I still am friends with to date. Besides the connections though, the stage just really felt like home to me. I genuinely feel so awkward in public but when I’m on stage, everything just kinda clicks and I just become the most authentic me.

I didn’t start writing music though until the age of 16. I had a friend who was writing songs and I was like, hmm I could do that. So one day, I asked my dad to teach me a few guitar chords and shortly after, I started writing my own music. They were very elementary but I just kept writing and at some point, I was able to find a flow that felt true to my personality and my perspective and just kind of ran with it.

ERIC: Growing up I was interested in so many different kinds of activities. I’ve always been a curious person and explored many interests in the arts and sports like video games, tennis, golf, skateboarding, drawing, etc. Whenever I try new things, I’m the type of person that goes all in trying to figure out everything as much as possible, so I feel like a bit of a nerd in that way.

I was born and raised in Memphis and have lived here my whole life as a Filipino-American. I come from a family of three who have all been extremely successful in their own ways. My mom and dad are both doctors, and my older sister is a veterinarian. When I was in middle and high school, I always felt like my path was to become just like them as another doctor, but none of my family ever pressured me. I’m truly grateful for them because I realized I wasn’t meant for that path as I got older.

When I was 13, I got my first guitar, and it changed everything for me. It was the first time I fell in love with music and that love hasn’t ever changed for me to this day. It took me a while to realize how much I loved the arts, but I always naturally gravitated to it when it came to fashion, music, and visuals.

The type of music I listened to as a kid was usually rock music. My dad was always playing his rock records in the car or in the house, which usually had an electric guitar in it. He listened to a lot of different kinds of stuff from every era in rock music so that’s probably why I grew to love the sound of the electric guitar since I was hearing that all the time in my childhood. When I was in middle and high school, I was mostly listening to rock music, but in college, my Filipino friends got me into R&B and Hip Hop, and it shifted how I approached songwriting and playing the guitar.

My ethnicity as a Filipino-American has always been very important to me. Being Asian in the South was honestly difficult because I felt like I had removed my identity as a Filipino in order to fit in with others. When I moved to Boston for college, I learned so much from the east coast culture about my Asian identity.

My perspective on ethnicity has changed so much since moving back to Memphis, and I know that representing myself as a Filipino-American is something that will always be special to me and our music. 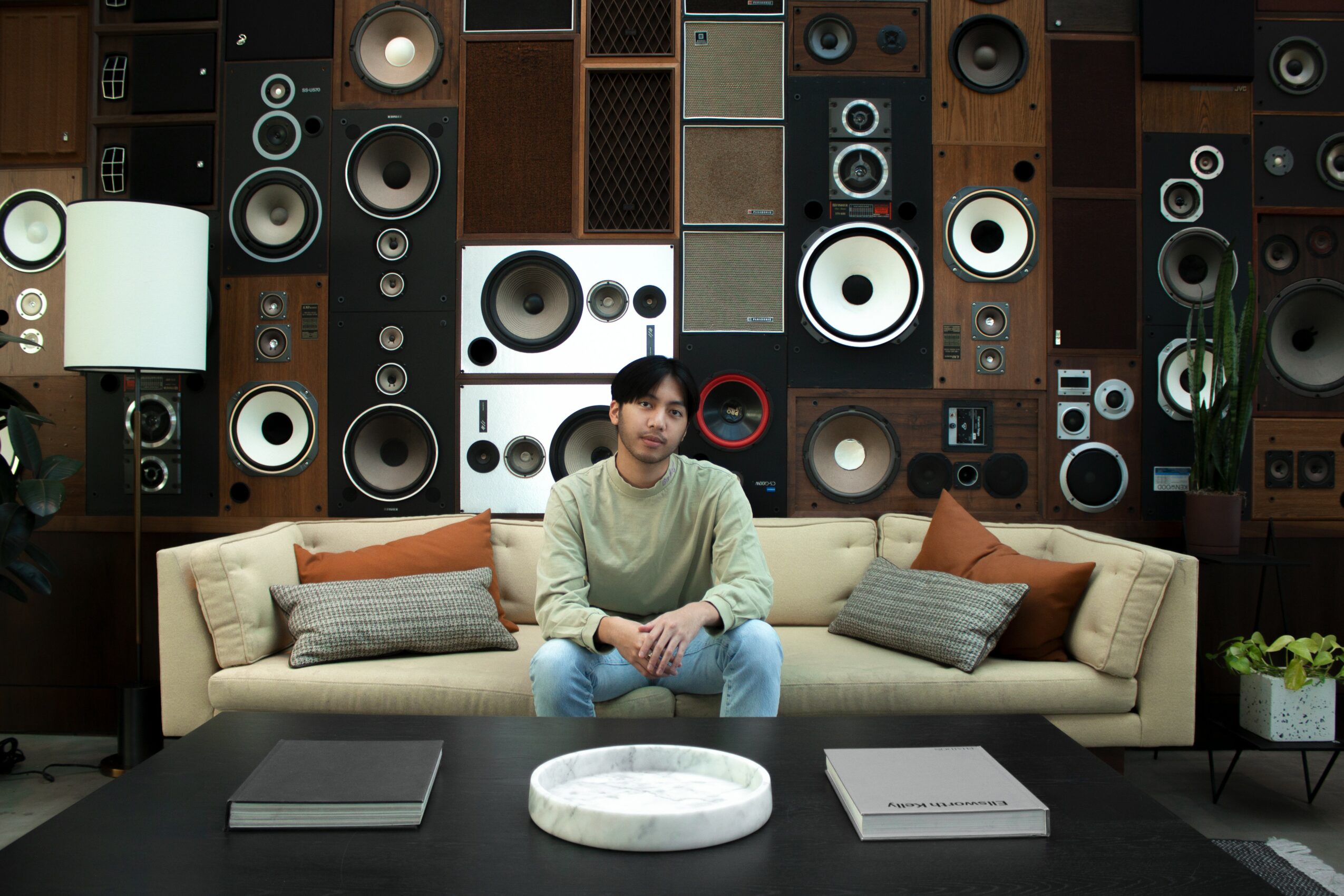 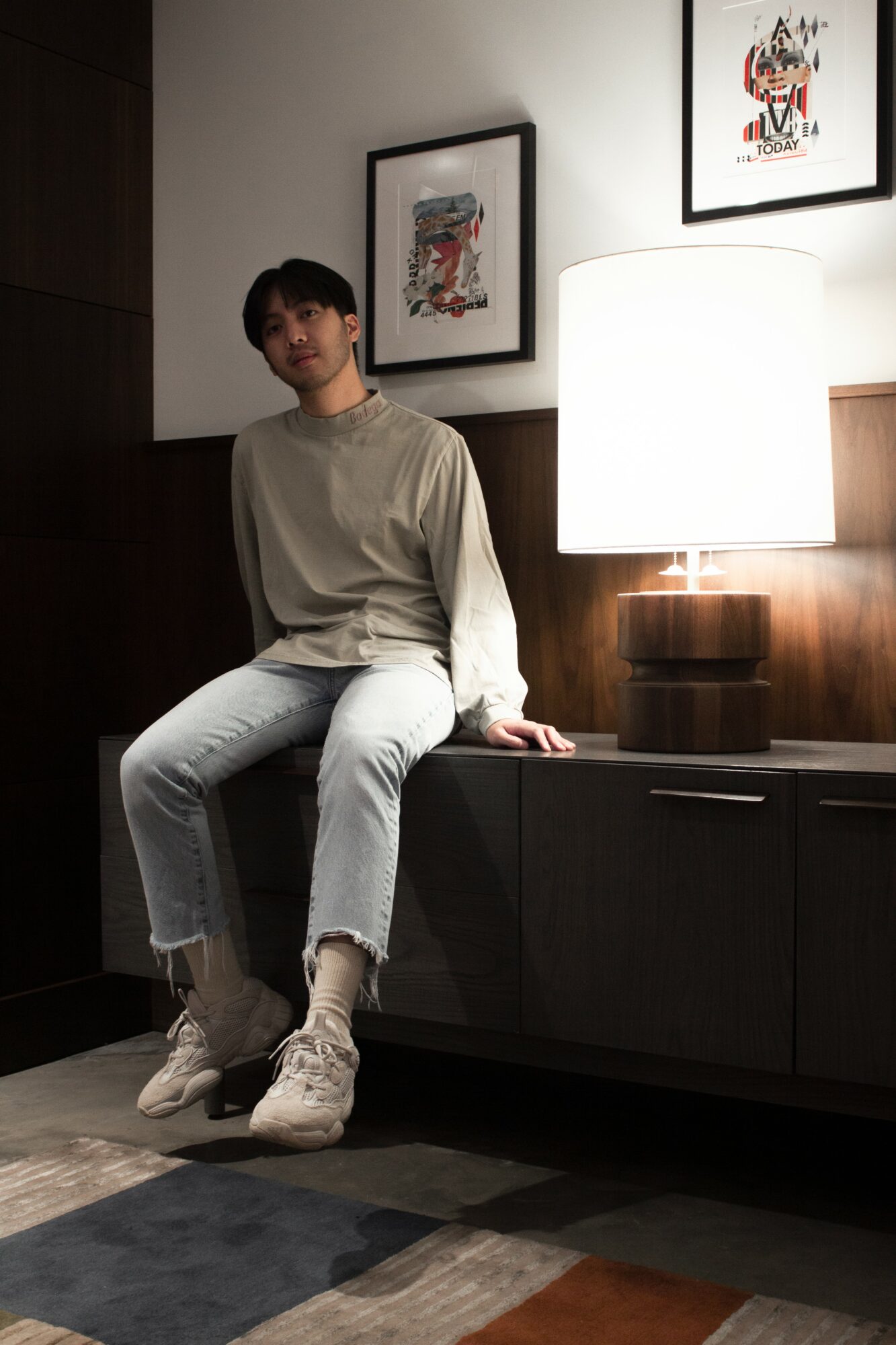 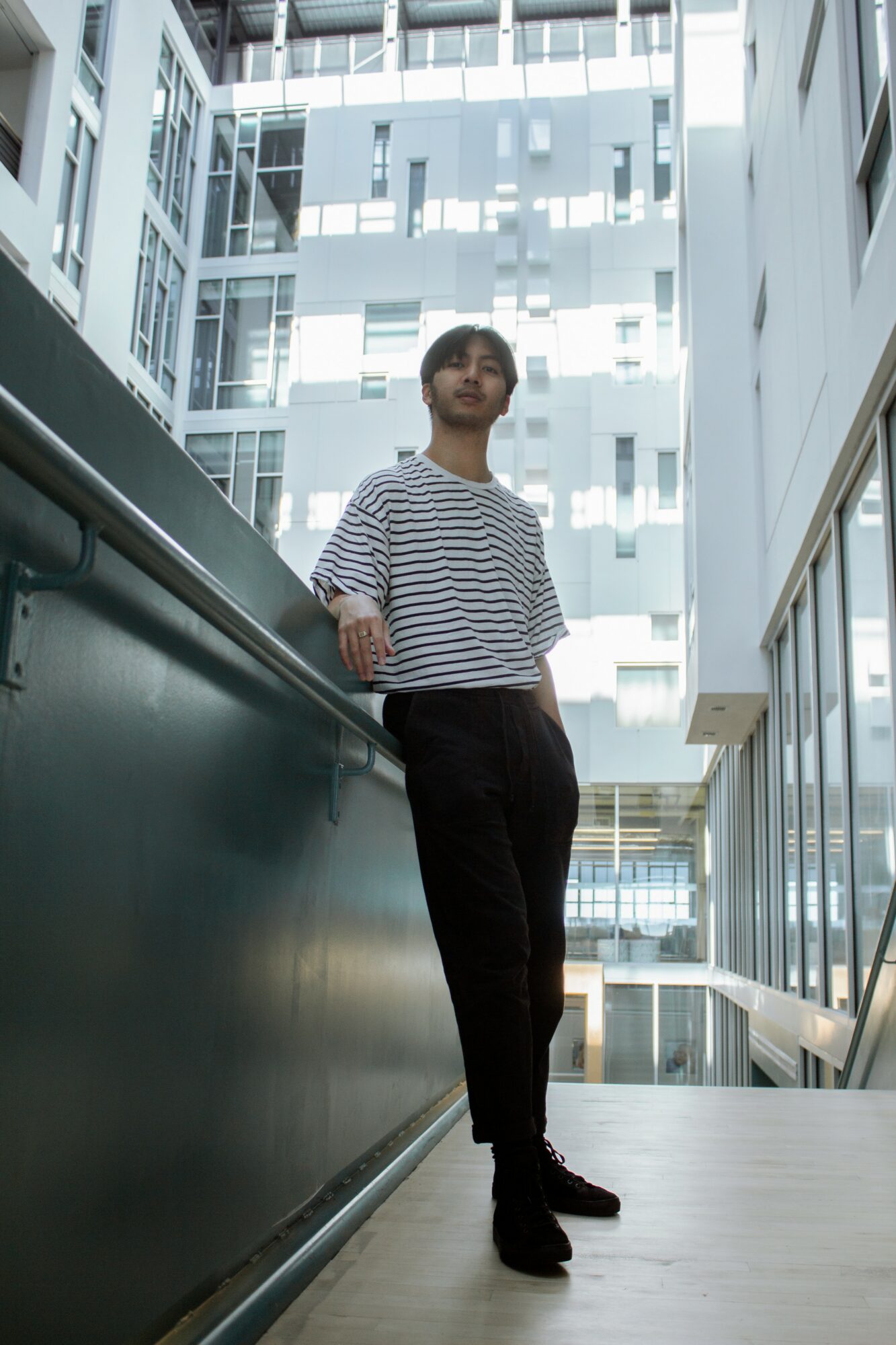 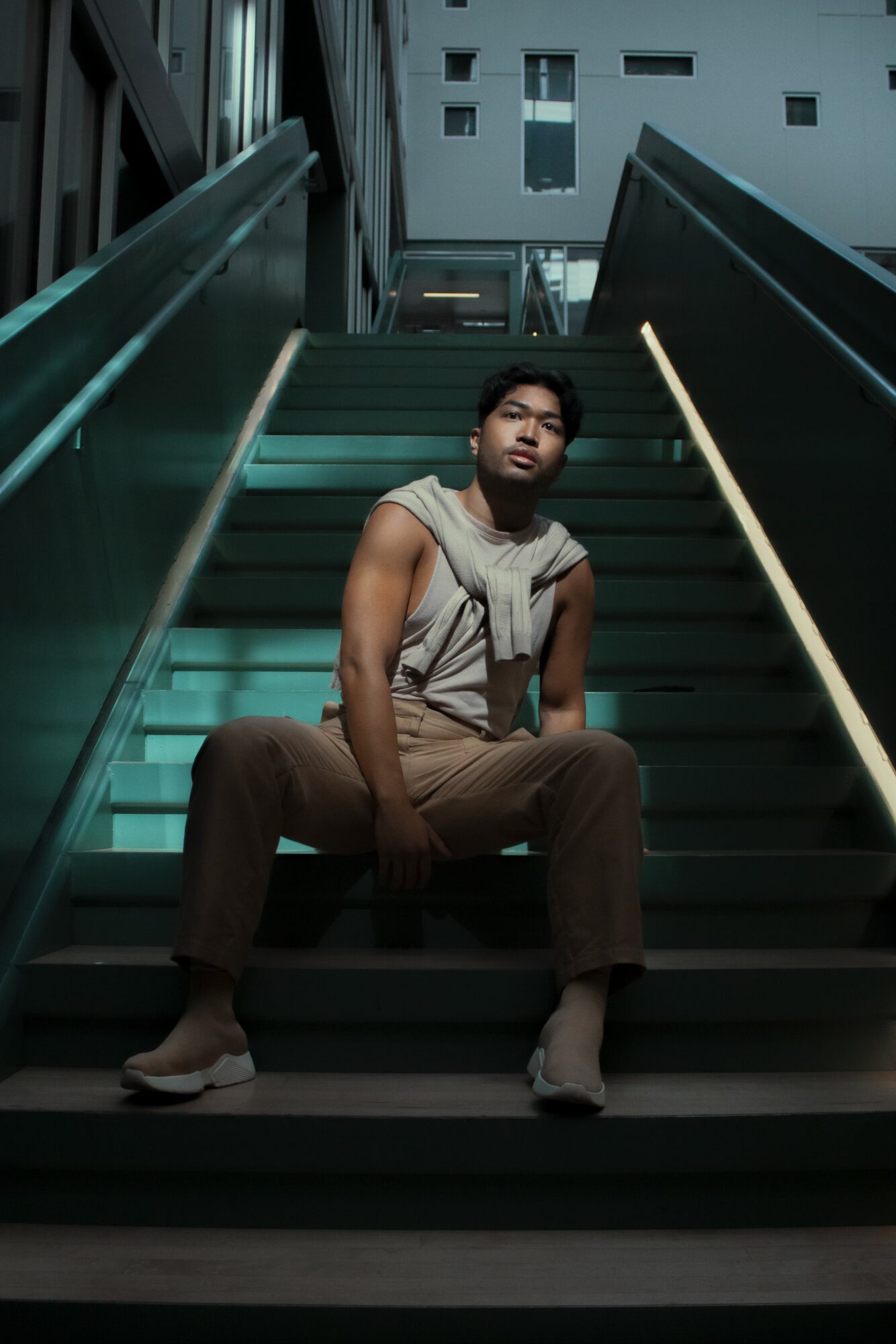 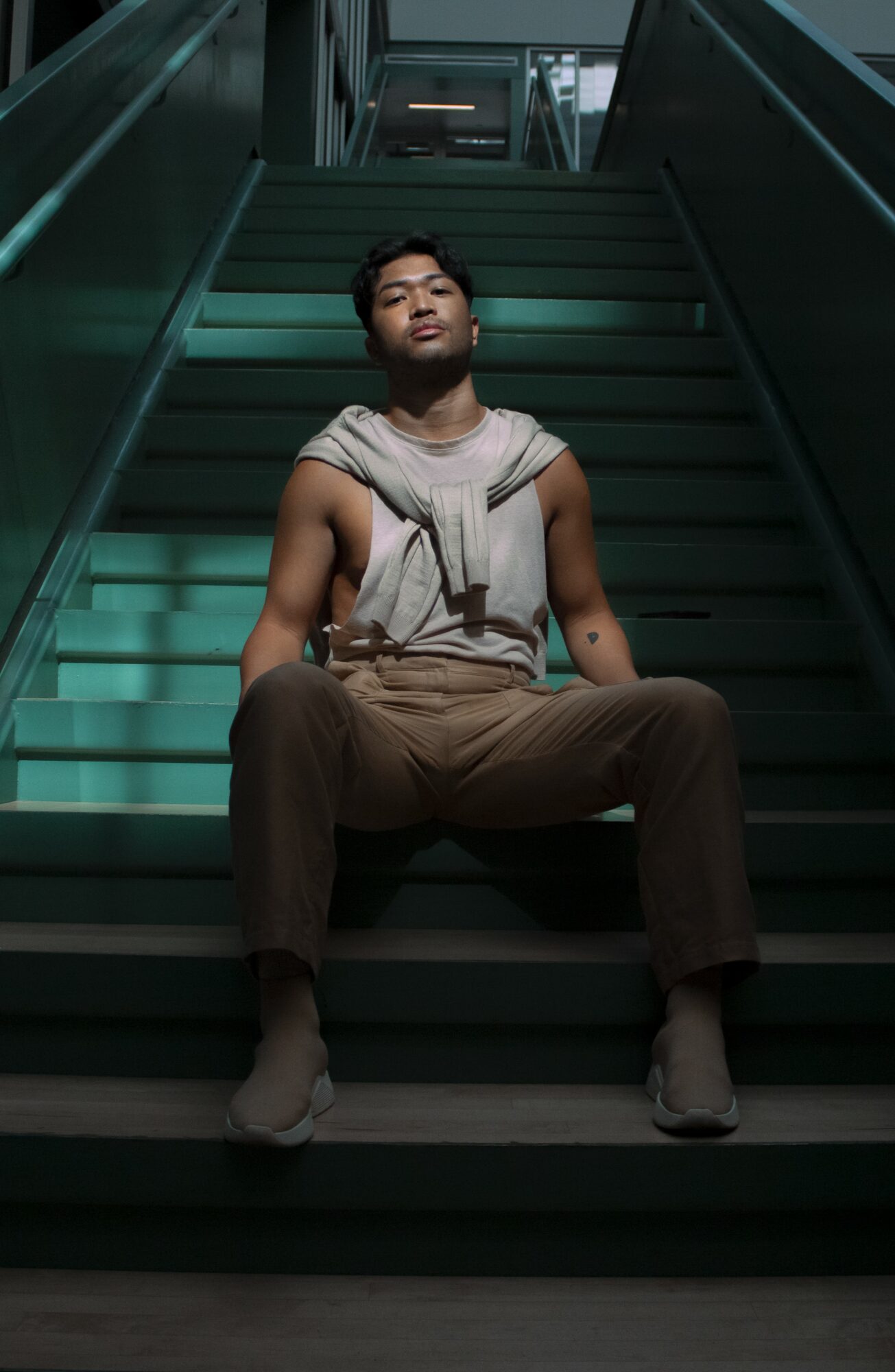 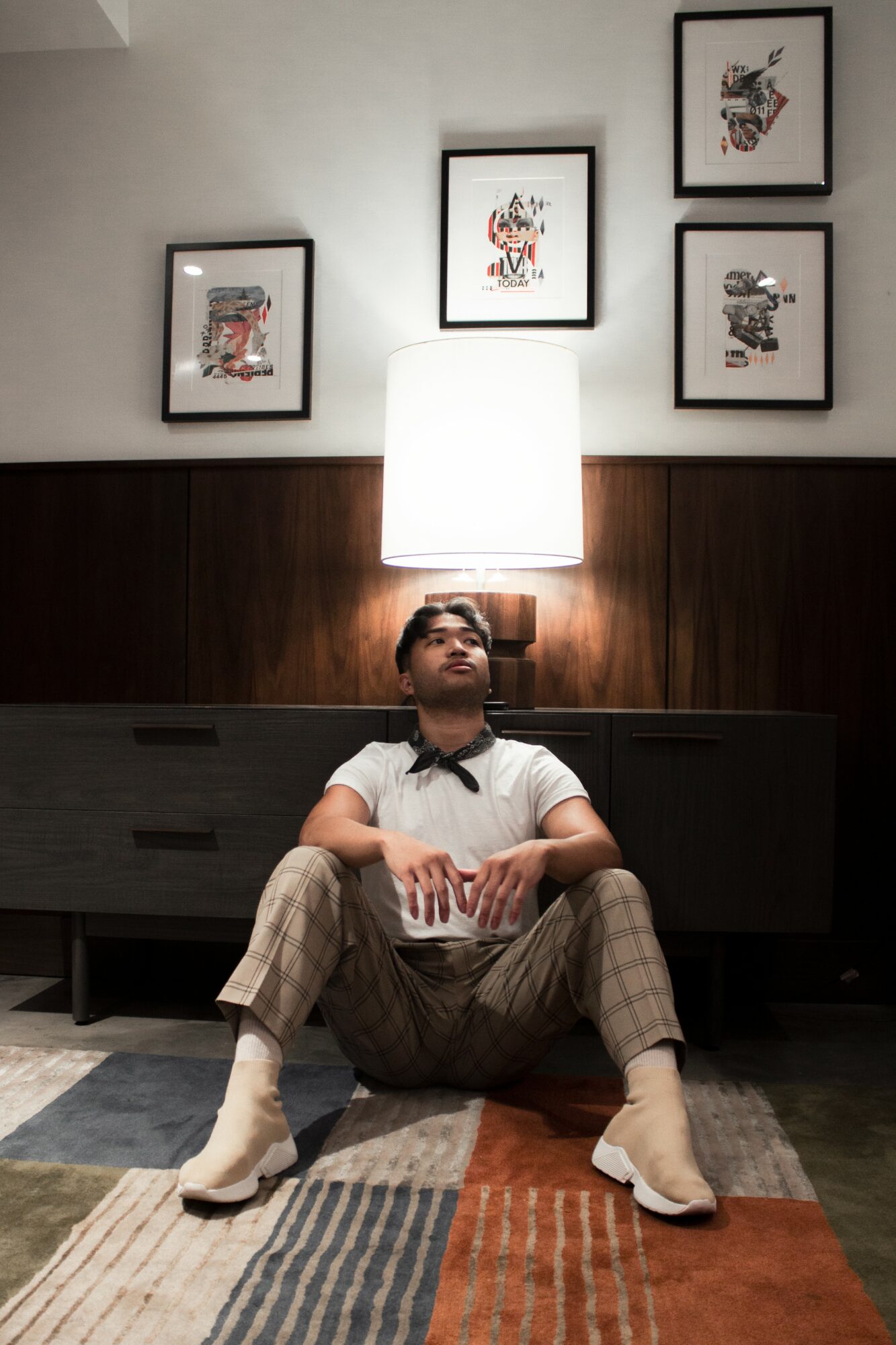