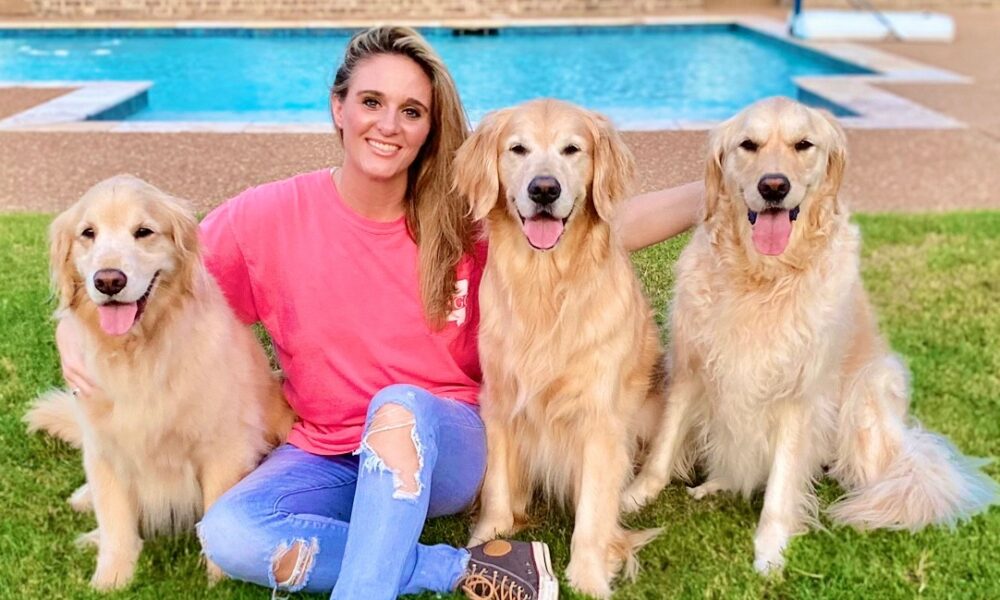 Today we’d like to introduce you to Mississippi Golden Gurls.

Hello Mississippi Golden Gurls, we’d love for you to start by introducing yourself.
A couple of years ago, after one too many times of losing my iPhone, I finally decided it was time to create an Instagram account. At that time, I wasn’t too savvy at backing up my phone, so when I did lose my device, I essentially lost all the precious photos of my dogs.

With Instagram, I finally had a place I could electronically catalog my favorite pictures and videos of my pups, and I always knew where I could find them. I was so relieved. I had no intention of sharing my space with anyone else. This was for me and for me only. What I didn’t know at the time was that hashtags generated traffic to one’s page. I was new to instagram.

When I made a post, I threw up a hashtag from time to time saying something like, “goldengirl,” “mygirl,” etc., not knowing it brought other instagrammers to our page. Little by little I saw random people comment on our posts and “follow” us. Long story short what initially started out as an electronic scrapbook project, ultimately evolved into something I never could have imagined.

My husband and I were both scholarship athletes at the University of Memphis. I played basketball and volleyball and he played baseball. We didn’t start dating until spring semester of my senior year. He was already out of school and working, We knew who each other were while at Memphis, but it wasn’t until the spring of 2008 that we started dating. What I am about to tell you goobs me out a little bit, but it is true.

Our love for golden retrievers is what brought us together. He and I both grew up with golden retrievers. Our initial conversation began over Facebook, because he saw some photos of my Goldens on my Facebook page. Three years later we were married. I am not a “romantic…” in the least bit.

My first golden retriever’s name was Chance, so we joke that Chance brought us together. I am sure you see the pun there? If you put that in the article, you better say that I am not being serious! Otherwise, I may vomit or go into hiding.

Alright, so let’s dig a little deeper into the story – has it been an easy path overall and if not, what were the challenges you’ve had to overcome?
In May 2012, I was in a car wreck that single handedly changed the trajectory of my life. (A week before the wreck, my husband and I had discussed being ready to start a family: Man plans, God laughs (insert laughing emoji here).

At the time, my husband and I were starting to plan for a family, my career was taking off, I was training for a half marathon-the picture of health, life couldn’t have been better. Immediately following the wreck I had neck pain. My doctor prescribed physical therapy, but it only made things worse. A month later, I had debilitating headaches, problems with speech, balance, and swallowing.

After an MRI, I was diagnosed with Chiari malformation and syringomyelia. I was immediately sent to Semmes Murphey to see a neurosurgeon. I had brain surgery a week later. While the recovery was long and excruciating, the surgery did eventually help with the headaches, but to this day I still live with chronic pain on a daily basis.

There is no cure for Chiari or Syringomyelia, but I have traveled and will continue to travel the country in an effort to find answers to my medical puzzle. Following brain surgery, there was about a year and a half where I was bedridden. My pain was all consuming in a physical sense. I felt like I was on fire, living in an oven 24/7, and there was no end in sight.

I did everything in my power not to allow it to take over me mentally, emotionally, spiritually, That’s when I really dove into working on the Mississippi Golden Gurls pages. I rarely slept, so that’s when I did a lot of the work. It gave me something to do and it helped take my mind off the pain. Thankfully, I always had my Golden girls by my side. They are the best, most loyal companions you can ask for.

I don’t know what I would have done without them. They’re truly the best nurses. So it was during this time frame when I really began to engage with the people who were interacting with our page. Until then, I had no idea what an impact our girls had on people’s lives. It blew me away. It was right then when I decided we were going to use our pages to be a source of joy for anyone who needed it. Just as my goldens brought joy to me, I realized it was only fair for me to share that same joy with the world.

Ironically, throughout this process, I feel like I have received far more joy and love from the friends we have made on these platforms than we ever could have given. What started off as an electronic scrapbook project evolved into a global family known as the Mississippi Golden Gurls Family. One that loves, respects, and adores one another. We pray for each other, check in on one another, and are protective of each other.

We recently had a meet & greet in Germantown in April. We had people fly in from Oregon, Maryland, Texas, and other people came in from Meridian, Nashville just to name a few. The love people have for RowanOak, Remington, and Idgie Ruth is unlike anything I have ever seen or can explain. I guess it just boils down to the fact that we are a family.

I recently went to explore the possibility of our having children. I was told I cannot carry a child with the medical issues I have. To say, I was devastated would be an understatement. I have dreamt of carrying a child since I was a child myself. Despite that, I know God’s protection is in this.

Like I mentioned before, our Instagram page “took off” by accident. We had no desire or intention to become “instafamous” or “Facebook famous” or whatever it is called. This all happened by mere happenstance. I also want to make something very clear: we do not consider ourselves “famous.” Gross. And we don’t call people “followers,” we call them our “Mississippi Golden Gurls Family.”

Our Mississippi Golden Gurls’ Facebook and Instagram pages have never been about achieving a gaudy follower count, garnering “Facebook or Instagram fame,” or chasing whatever it is so many people measure social media success upon. It’s always been about sharing the love we have for our dogs, and the love our dogs have for us.

Our priority and our mission is for our Mississippi Golden Gurls Family to know they have a safe place to come where they will feel loved, accepted, and regardless of what they are going through, we will deliver the joy they need to help them get through the day.

How can people work with you, collaborate with you or support you?
But the girls were recently in a national commercial with Hollywood Feed. It was on during the Super Bowl and the World Series. I can send it to you if you need it.

They also threw out the first pitch at the Redbirds AAA Baseball game. They’ve been featured by The Dodo, LADBible, Unilad, Daily Mail, Western Journal, Faith Pot, Happiest, Reddit, VT, and many more. 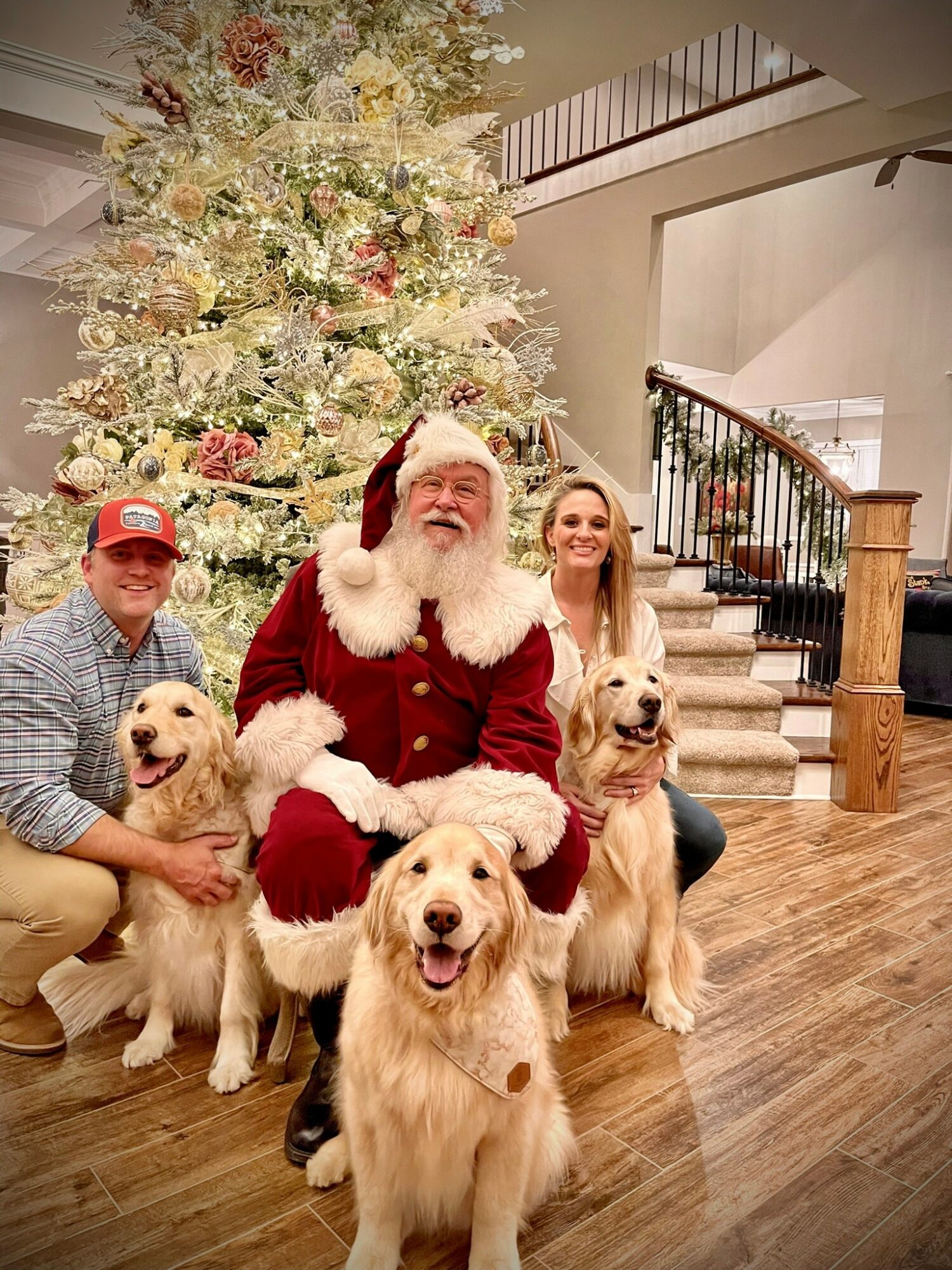 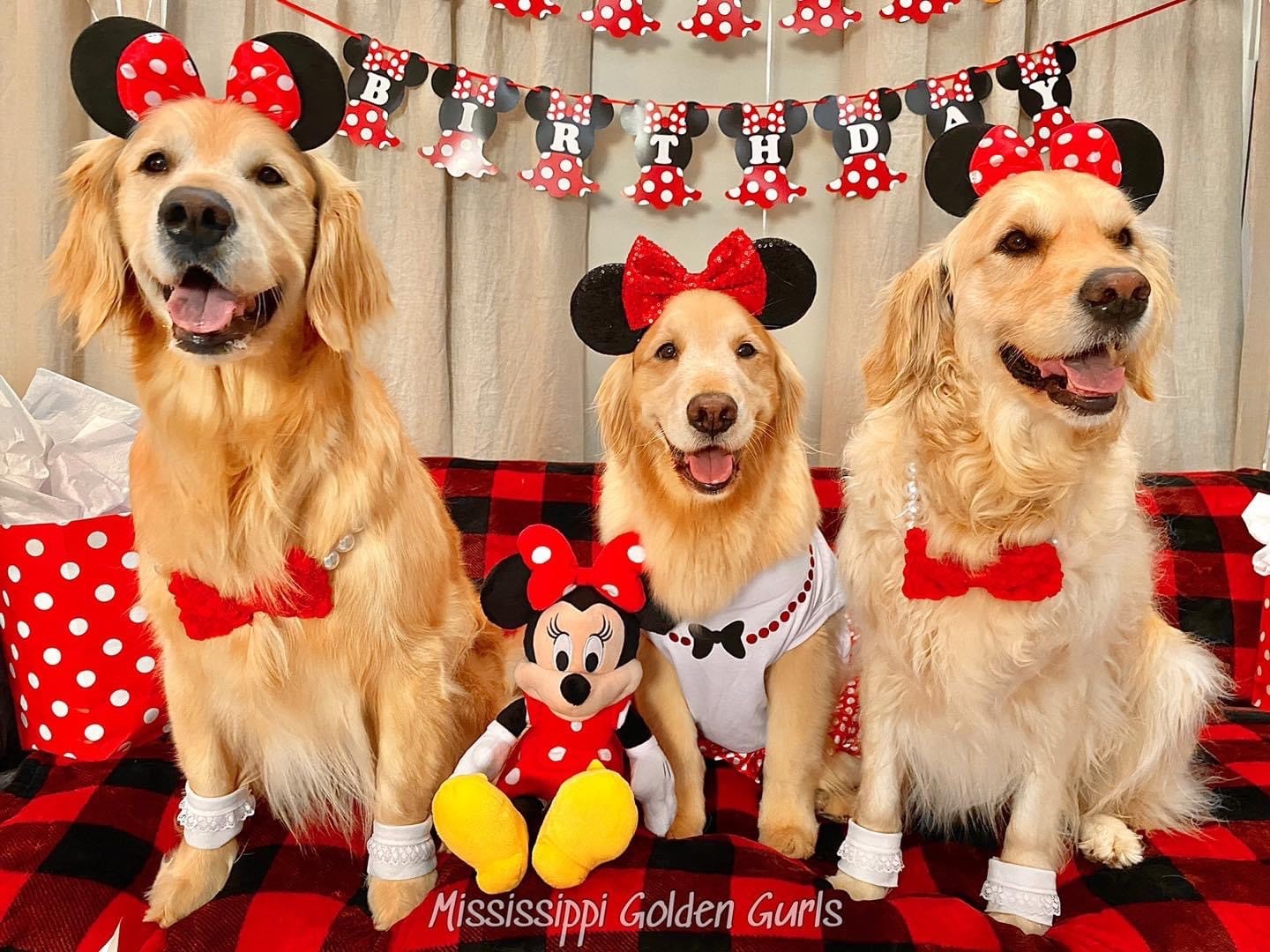 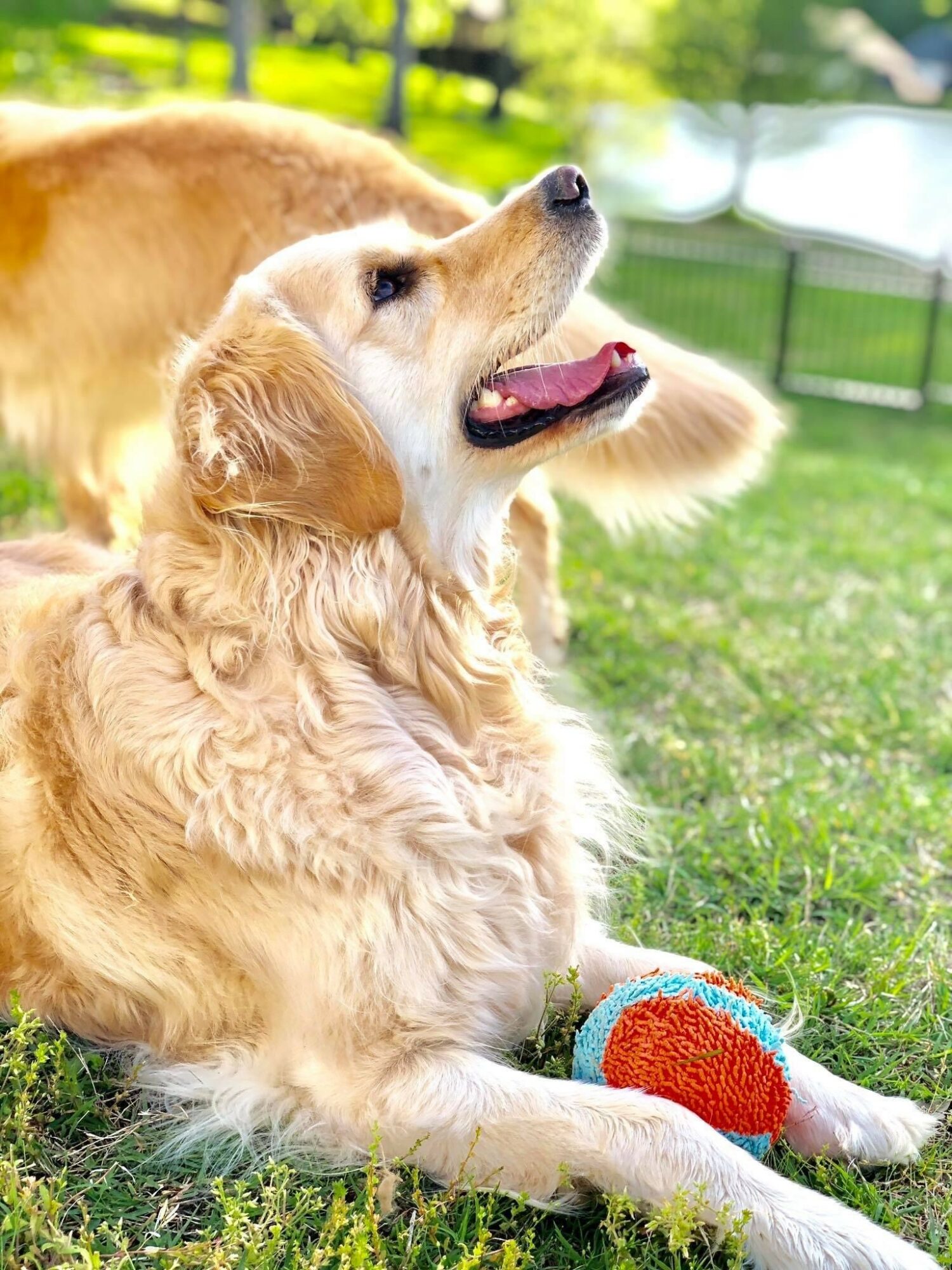 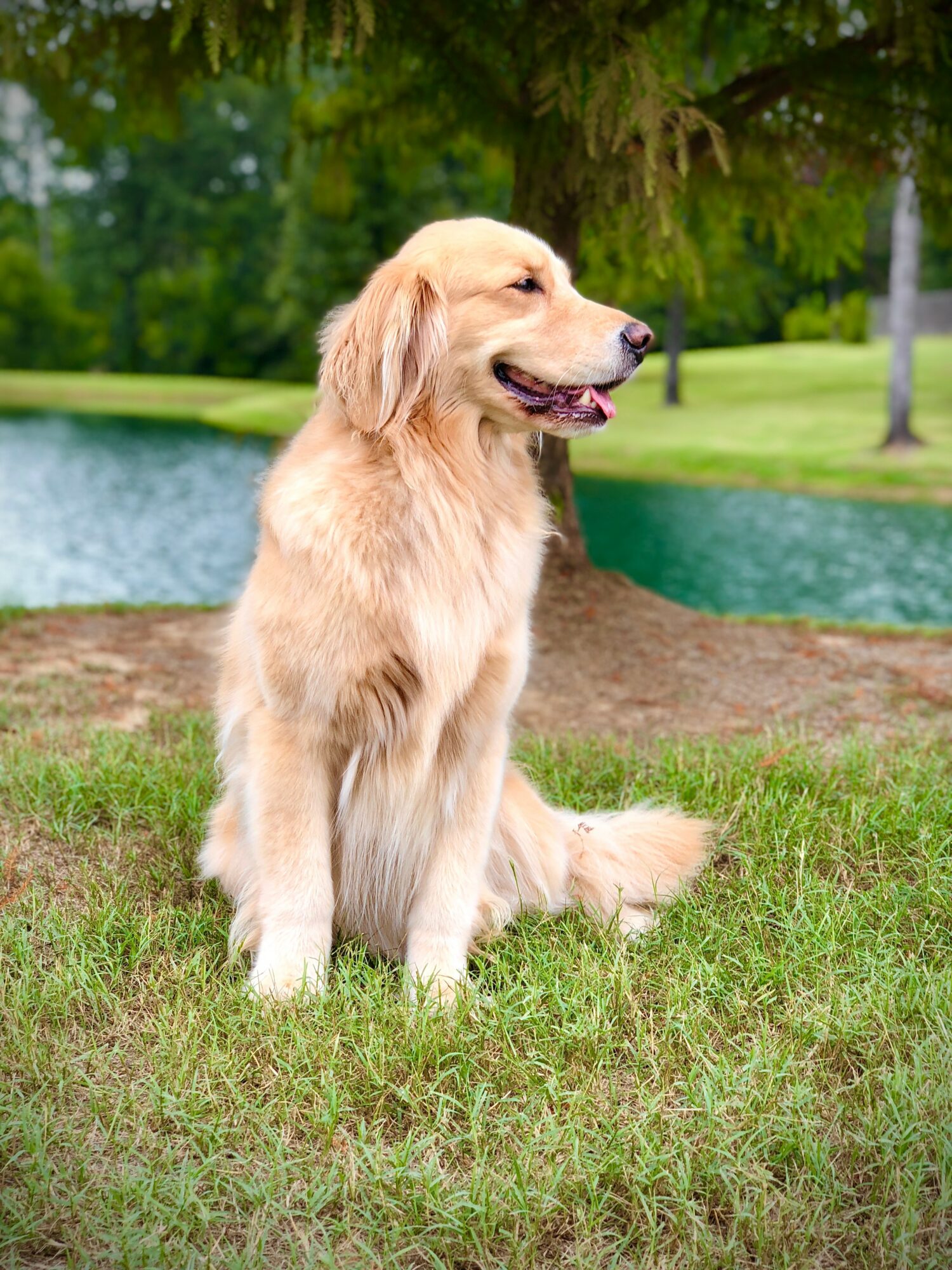 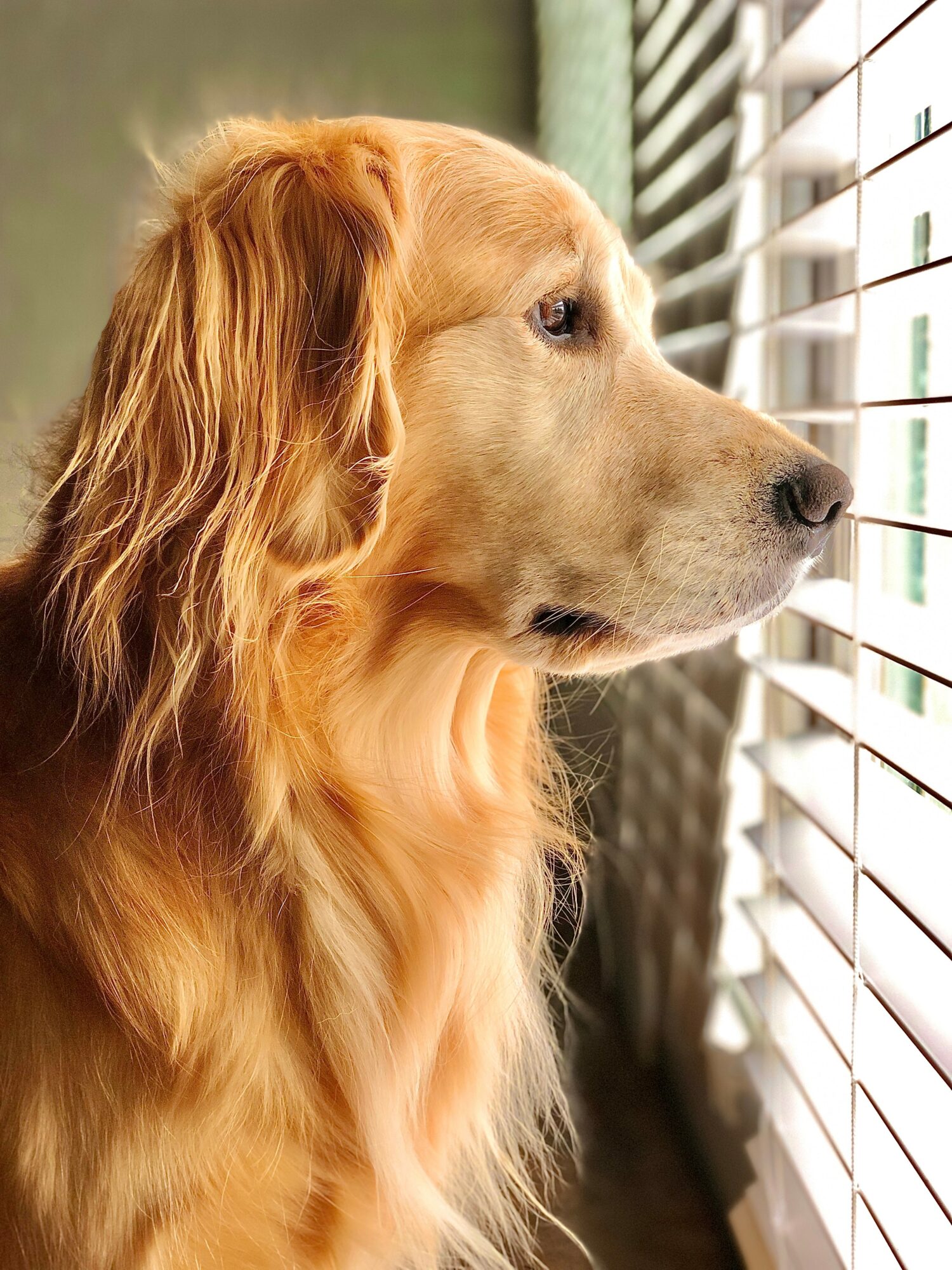 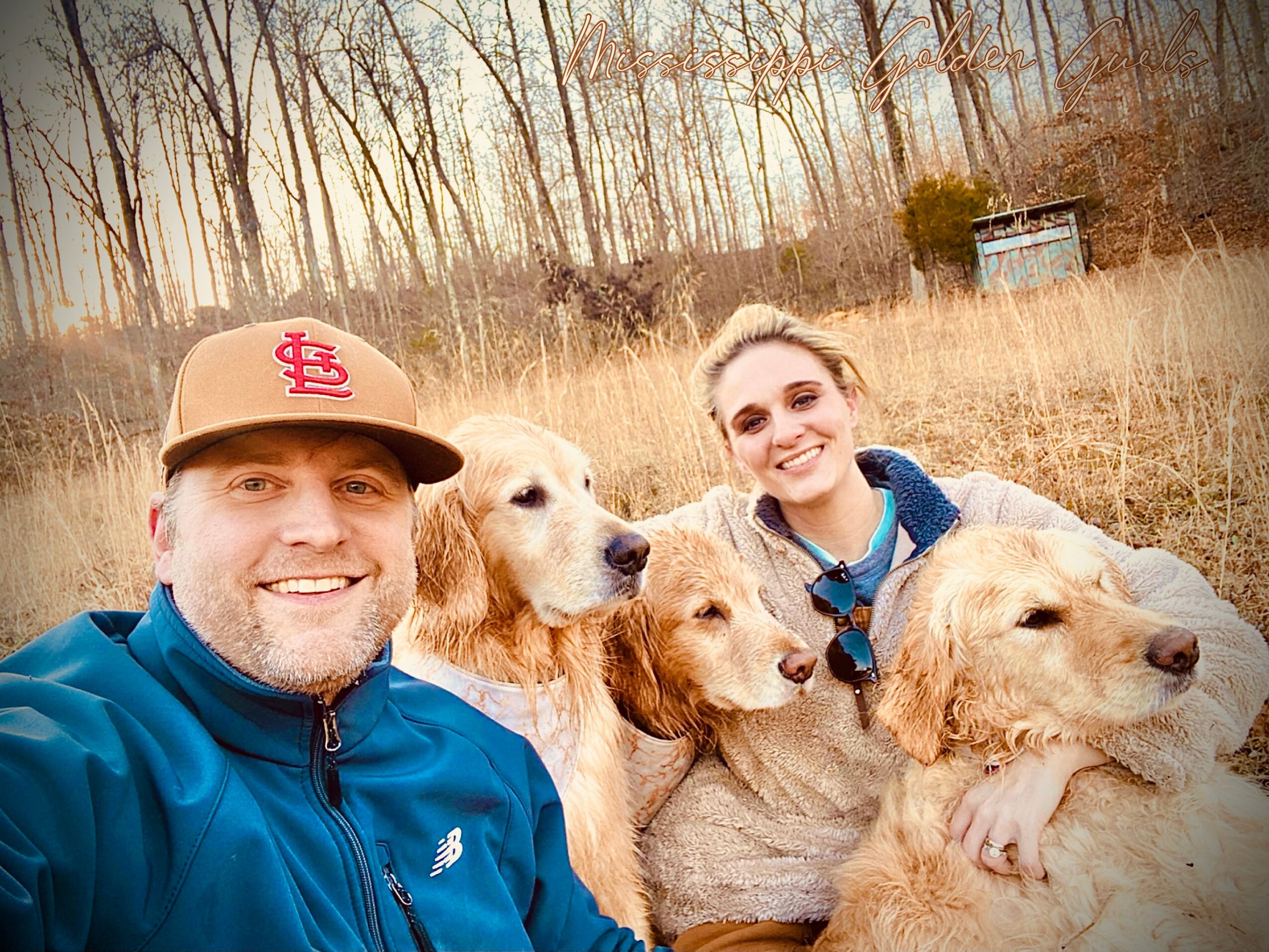 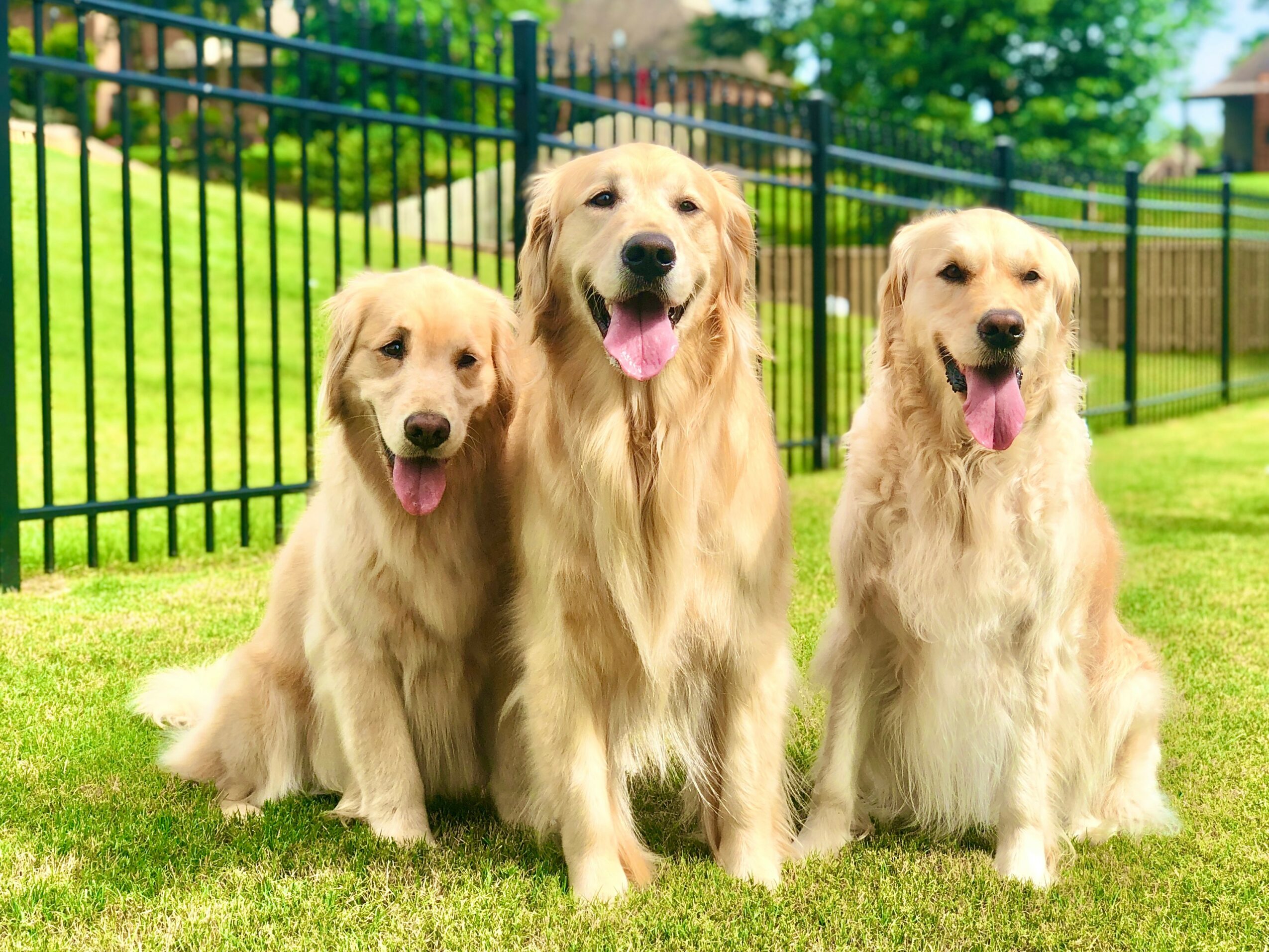