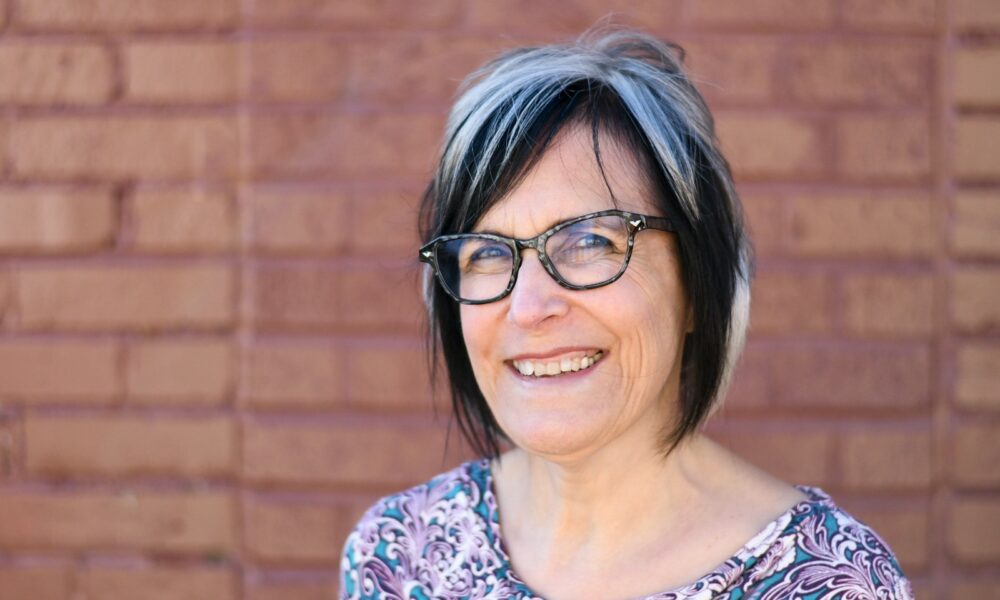 Today we’d like to introduce you to Susan Maakestad.

Hi Susan, we’re thrilled to have a chance to learn your story today. So, before we get into specifics, maybe you can briefly walk us through how you got to where you are today?
As a child, I loved school and loved to draw but I didn’t know what I wanted to be when I grew up. When I started college in my early twenties, my life took an important turn. I was drifting from class to class and mostly enjoyed the courses.

Then I took a couple of art classes and met the professor, Bill Dunning, who would influence the rest of my life. Until I met him, I didn’t understand that a regular person could be an artist. Up until that time art was something that only existed in books and museums. Bill was a great teacher and mentor, who was passionate about painting. He encouraged us, students, to apply to graduate school and seek teaching positions in colleges and universities.

Bill was responsible for generations of people like me finding a direction and then working to achieve it. As a painting major in college and graduate school, I felt excited about having a new sense of purpose and meaning in my life. I have been fortunate to find employment as a college professor, educating young artists at colleges around the U.S. Ultimately, I ended up at Memphis College of Art, where I taught for almost twenty-five years. It was my dream job. Sadly, the college closed in 2020.

I never outgrew the childhood fascination with learning new things in many different fields. Another important thing I learned from Bill Dunning was that I didn’t have to give up those other things. Painting could absorb diverse interests. It could be the lens or the umbrella. Bill also taught us to practice what he called “kamikaze discipline”. We should paint whether or not we felt like it and no matter how difficult the process might be.

Painting has been a lifelong pursuit for me, specifical oil on canvas and watercolor. Persistence and longevity have been the keys to success. Thanks to the UrbanArt Commission, in March 2022 my first public art commission was unveiled at Memphis International Airport. Unlike my small-scale paintings, this permanent commission consists of very large-scale windows.

I’m sure you wouldn’t say it’s been obstacle-free, but so far would you say the journey has been a fairly smooth road?
As they say about the lottery, “You must enter to win”.

Putting your work out there is vital—applying for grants, exhibitions, residencies, etc. But the process also comes with lots of disappointment. For every positive response, I receive many more rejections. Learning to handle rejection and move ahead is a challenge in any field. In art, it feels especially personal because your work is something that comes from deep inside yourself.

After the financial crisis of 2008 many commercial and non-profit galleries closed. This was a blow to artists like me. Artists had to hustle and create their own opportunities for exhibiting and selling. Over time, social media became a boon to creatives. In 2008, Facebook already existed.

Then, more importantly, Instagram with its emphasis on pictures launched in 2010. Social media has become a vital avenue for gaining exposure, directing people to your website, and generating sales. This is important because the commercial gallery situation has not recovered.

I am an introvert, which is not unusual among artists. This trait has made networking challenging, although, with practice, it has gotten easier. Something that helped me was to reframe the idea of “networking”. I began to think of it as simply “meeting new people”.

Just that small tweak made a big difference. This was a tip I passed on to my students who also cringed at the thought of the necessity of networking.

Appreciate you sharing that. What else should we know about what you do?
I am known for painting small-scale abstract landscapes in oil and watercolor. For the past twenty years, I have painted the urban landscape, transforming the mundane environment with a diffuse atmosphere and exaggerated color.

I use internet traffic photos as a reference because of their long empty vistas. The paintings are devoid of nature and filled with light. The emotional impact of my deserted panoramas is more important to me than an accurate representation. I am influenced by 19th-century landscape painting as well as 20th-century abstract painting.

Professionally, I am most proud of my public art commission at the newly remodeled Concourse B at Memphis International Airport. Over sixty Memphis-based artists applied and three were chosen for the projects. Unlike my small-scale paintings, this permanent commission consists of very large-scale windows.

Digital images of my work were printed on glass with ceramic ink, then heated to fuse the two. While I am happy to have paintings in public and corporate collections, this commission was an especially great honor that will be my legacy in Memphis.

What sets my work apart is the source material, the scale, and the use of light. I am able to convey vast space within, say, a 16 x 20” format. This is a desirable characteristic to the collectors who buy my work for small rooms in their homes.

I use color to create a sense of light, remembered light, something the viewer has experienced before and recognizes. Empty space wants to be filled up. Viewers fill the emptiness with their own thoughts and feelings. Increasingly over the years, I’ve aspired to make paintings that are joyful.

We’d be interested to hear your thoughts on luck and what role, if any, you feel it’s played for you?
Many years ago, as I drove to my studio I saw a sign that said “Chance Favors the Prepared Mind.” I never forgot it. Good luck is about being prepared but it also helps to have connections, friends, and acquaintances. To me, “being prepared” means always being ready to exhibit.

For instance, years ago an artist dropped out of a watercolor show at the last minute. The exhibit was at a non-profit gallery in New York. Thanks to one of my contacts, I received an email from the show’s organizer asking if I could participate. I was able to say “yes” immediately. I already had watercolors that were framed and I was ready to ship the work within a short time frame.

I don’t know that I’ve had bad luck particularly, but I did experience a dramatic event several decades ago. My studio building was destroyed in an arson fire. The feelings of personal loss and of being the victim of a crime were traumatic. As a result of this event, I learned that I can survive and persevere.

Other bad experiences have paled in comparison to that one. Here’s a funny story: recently, after sitting all day in the jury box of a Memphis courtroom, I was dismissed as a potential juror by the defense attorney. I later learned the defendant had been charged with a property crime. So, due to the arson, I got out of jury duty! 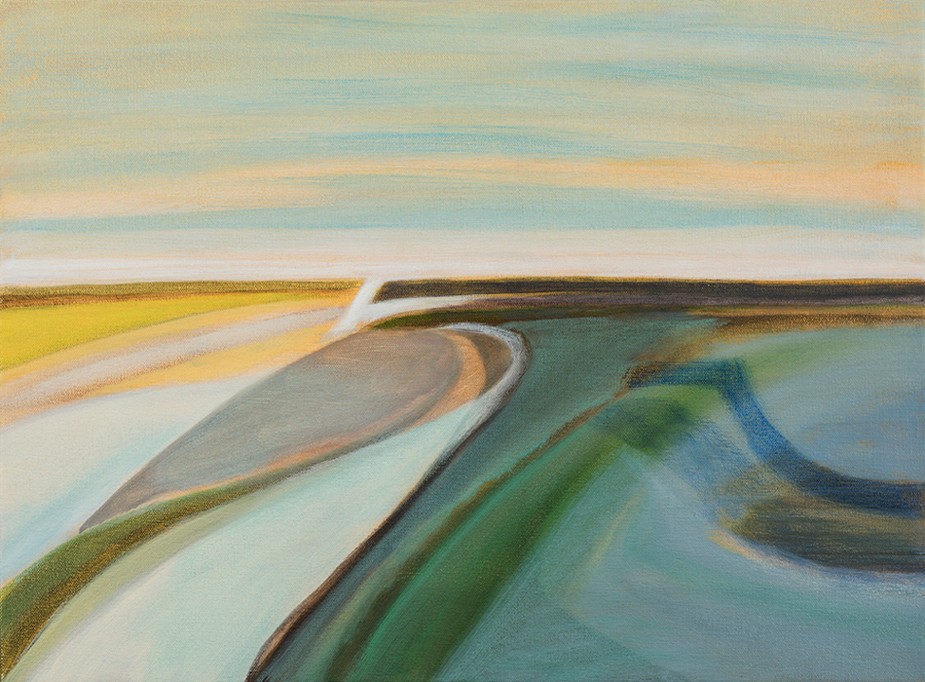 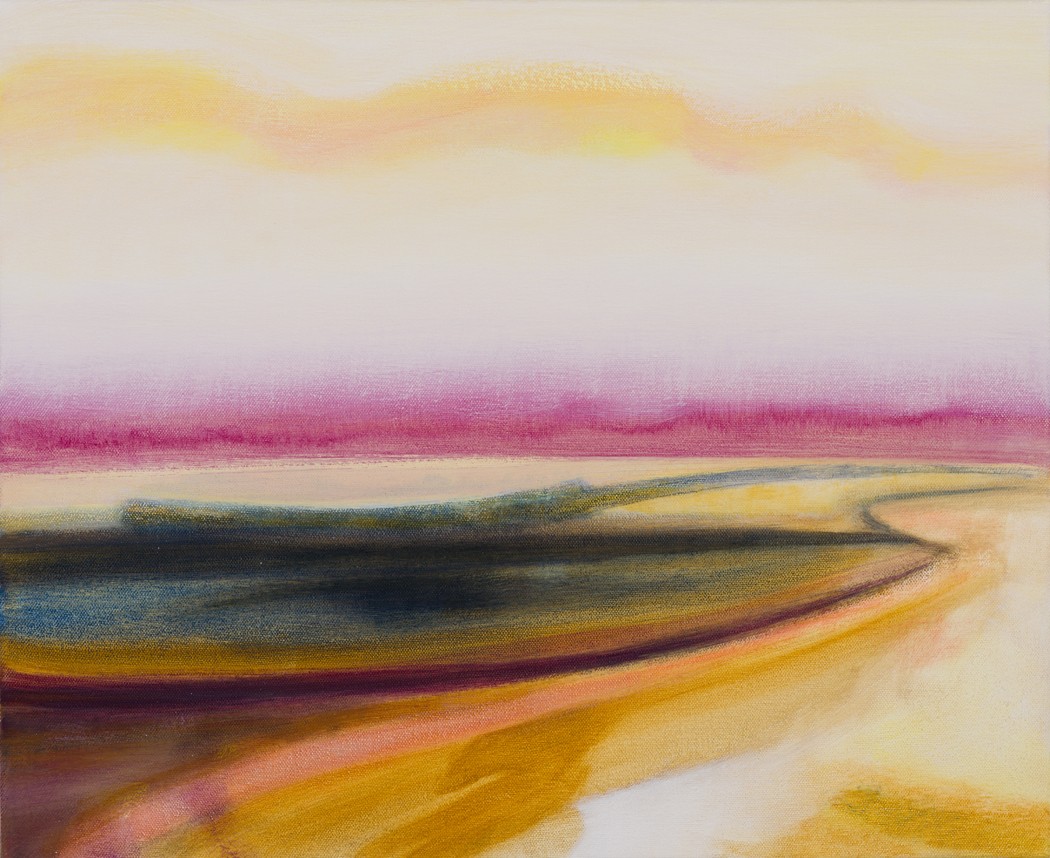 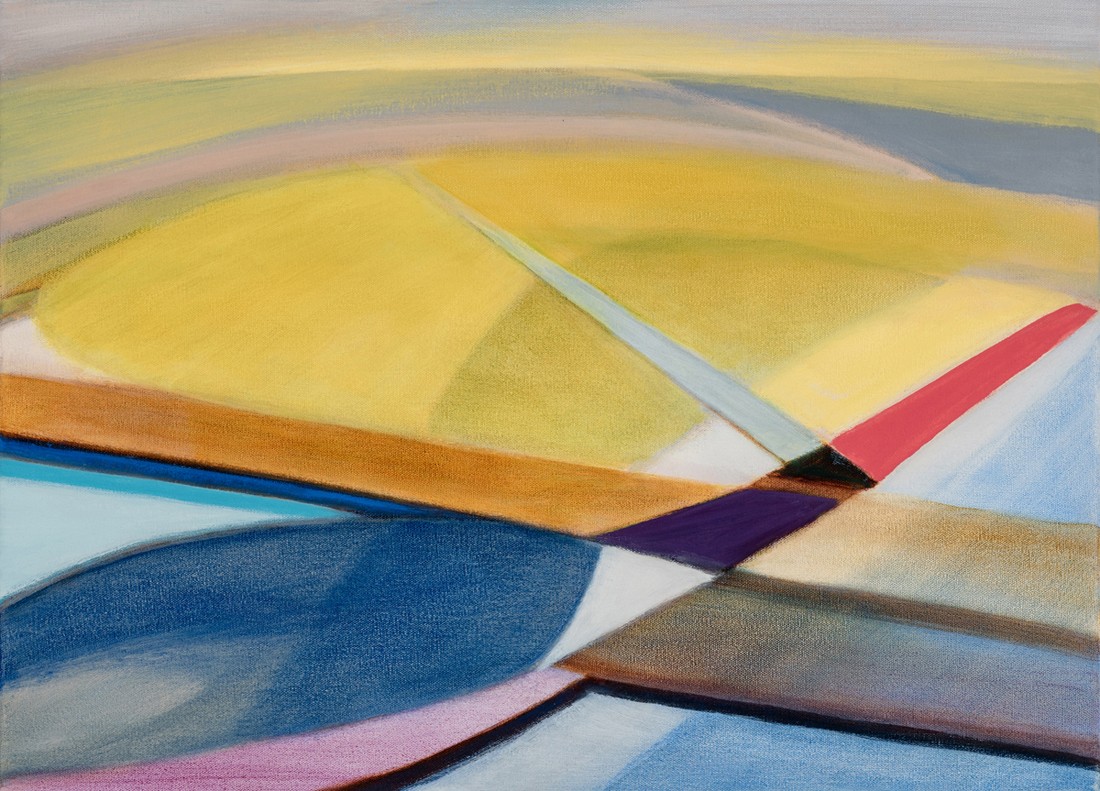 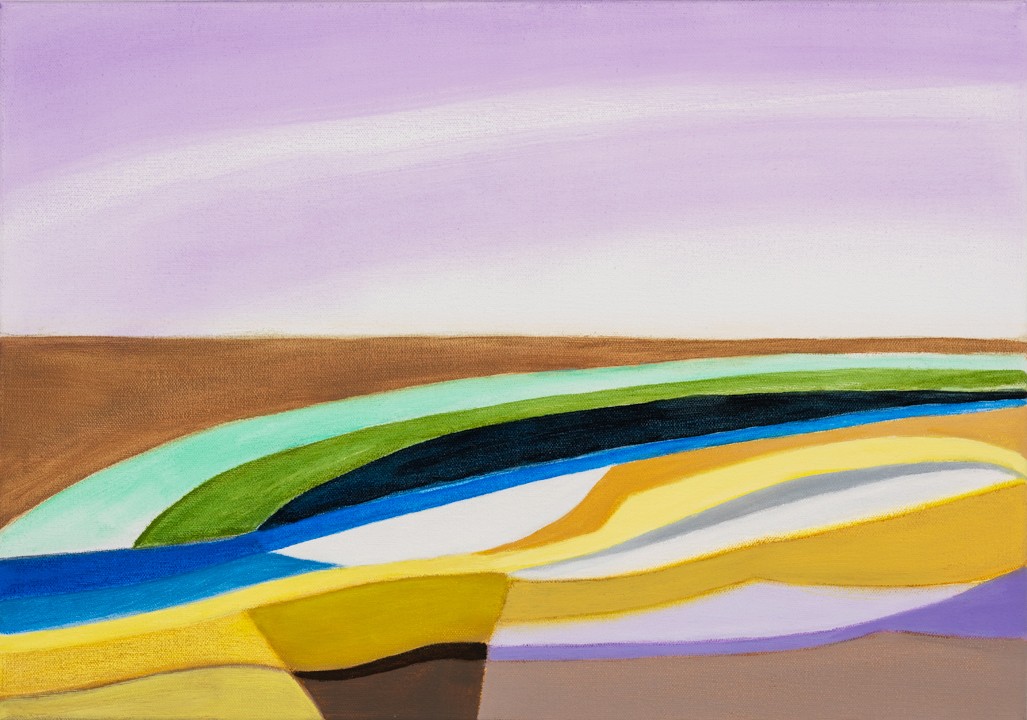 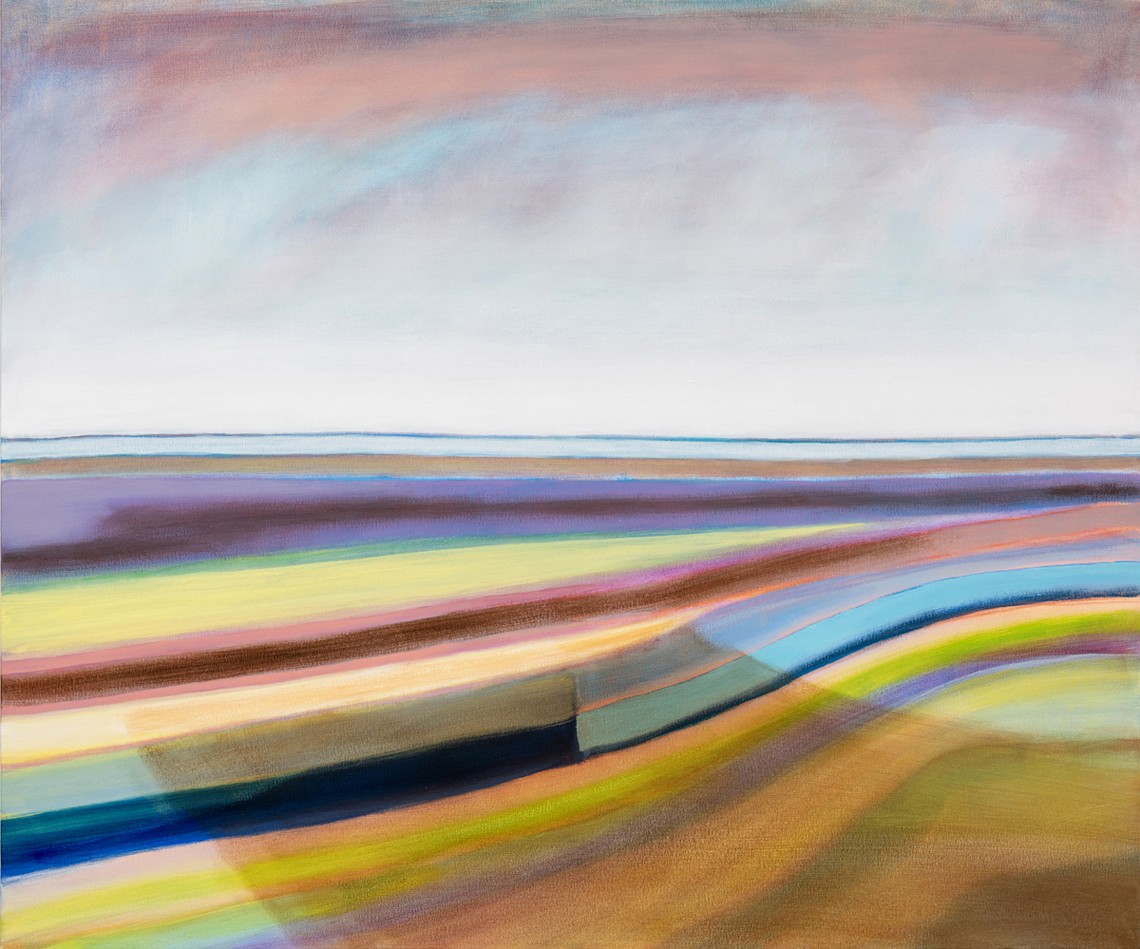 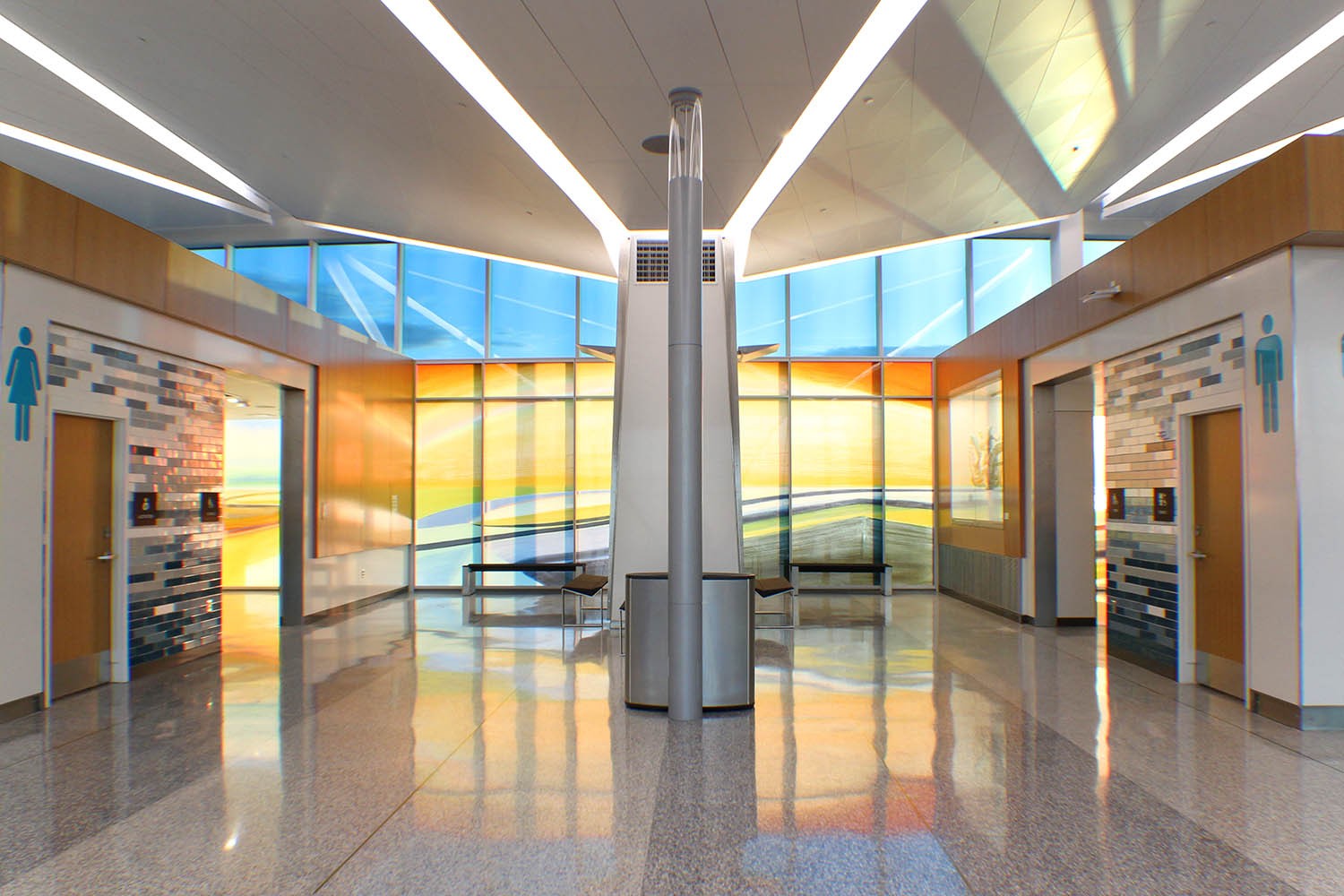