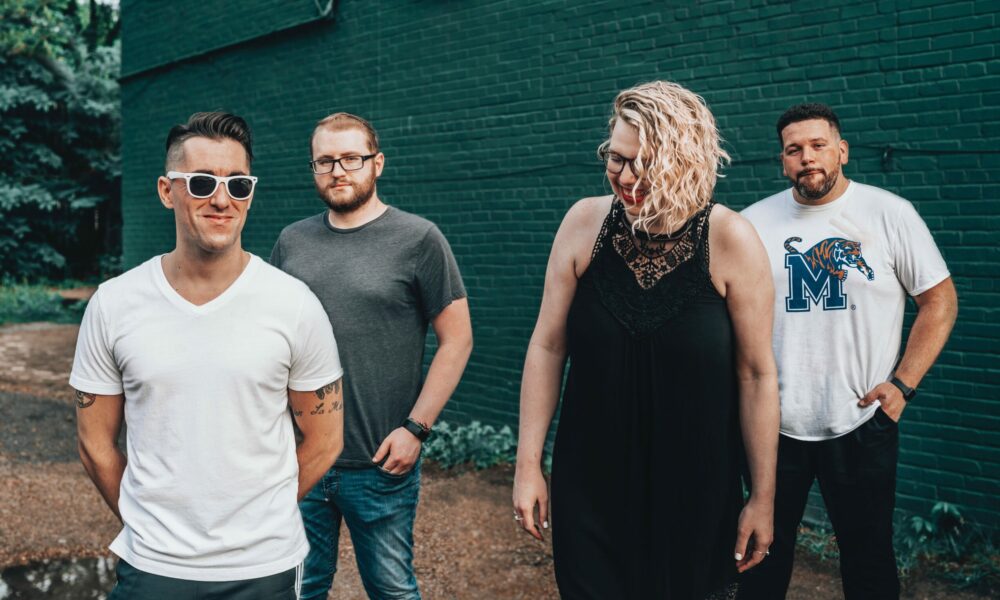 Hello Everdeens, please kick things off for us with an introduction to yourself and your story.
Molly Rice (Vocals): My parents passed their love for music down to me. As a kid, we often had the stereo blasting throughout the house; my dad would play guitar or have friends over to jam; every once in a while, I could convince my mom to play piano for me. Over the years, I cultivated my own tastes, gravitating towards female singer-songwriters and piano-driven pop and rock. The streaming era has exploded across all sorts of genres.

I don’t remember a time I didn’t love to sing. I am not a natural performer so I usually kept it to myself, only singing aloud when no one else was around. I took piano and voice lessons off and on and learned I have a good ear. I sang in choirs all through school, but what I enjoyed most was singing in the car along with the music I loved. When I moved to Memphis after college, I decided I wanted to find a way to pursue that.

Tyler Berretta (Rhythm/Lead Guitar): Growing up, my dad and brother were my idols. They still are, and it’s natural to have their musical preferences influence both my taste in music as well as my approach to playing. I was exposed to a variety of music through them, with an equal but astounding presence of Rock and Rap. Bouncing back between the two was natural, but being a bi-racial child in the South also brought expectations and judgment for varying tastes in music during a time when straddling that line was socially unacceptable.

While music was always a deep-seated inevitability in my life, it was something that never came naturally to me. Even though I had some mild interest in it as a kid, it wasn’t until my senior year in high school when I purchased a classical guitar that it began really clicking. Friends would largely teach me covers or original songs they themselves knew, and I would take that and acclimate it to my particular finger-picking style of playing.

I remember when I was asked to join the Everdeens, it was at a time when I was still barely able to play with a pick. Having that challenge to not only sharpen my guitar playing but also the pressure to create led me to abilities and experiences I would previously dream of. I’ve worked hard to get to this point, but it would be criminal to not credit the other members of Everdeens for helping me get there.

Braylon Gillespie (Rhythm/Lead Guitar): Growing up in the rural rolling hills of middle Tennessee, my first exposures to music came from my grandmother, a lifelong student of the piano, and my father, who in his youth sought his own career in music as a country singer-songwriter.

My aunt also played a large role in my musical upbringing; she introduced me to the worlds of rock and metal, which would increasingly guide my musical journey as time went on.

After a fair amount of resistance and two failed attempts as a child, I began playing the guitar at age 12. I started to collaborate with other musicians in high school, eventually forming a band in college before focusing on writing and recording my own music at home throughout my time in graduate school.

In 2018, I moved to Memphis and promptly joined up with the Everdeens.

The rest is beans.

Alright, so let’s dig a little deeper into the story – has it been an easy path overall, and if not, what were the challenges you’ve had to overcome?
In the earlier years of the group, there was definitely more turnover. We’ve been through two singers, a couple of drummers, and several guitarists before lucking out on the current incarnation.

The only member left of the original Everdeens is our bass player, who has largely been the one to keep the group moving forward, or, at least intact, through the interim points. He’d tell you that the stagnant periods of moving between members were some of the roughest. Lost opportunities and several shelved albums coupled with more time than wanted spinning wheels in trying to get things done, among those other things that most bands go through in trying to get a foothold.

Eventually, everything worked its way to the present. A couple of online ads brought Molly. Tyler came aboard after playing numerous shows with us where he dug our sound. Through contacts in the music scene, Braylon found us and was the last to join, his distinctive touch a much-needed factor in further expanding the Everdeens sound.

So, no, a smooth road it hasn’t been, but we’re still on it. Even when Covid hit and knocked everyone involved in the music scene for a loop; derailing plans and opportunities. Even when we lost our long-serving (or is it suffering?) drummer to fresh opportunities for him. Even when Molly and Braylon moved away from Memphis, the Everdeens pushed on.

Because even when that road seems more like a crater, sometimes it’s worth the ride because the music you’re making, and the people you’re making it with, are worth the trouble.

Can you tell our readers more about what you do and what you think sets you apart from others?
While we try and play out when we can, only having two of your members in the same city can be a hindrance on that front. However, it hasn’t stopped us from staying busy.

Recently, we released our latest singles EP, Greetings from Paradise, which has two songs on it that we began working on late last year. We also have a four-song EP (LUSH), another singles EP (Middle Kids), and a trio of covers (Hotel Resaca) from some artists we admire released as singles, all of which can be found on every streaming platform.

In addition, we have been busy writing and solidifying new songs in anticipation of our first full-length LP (tentatively titled Summer House). Most of the new material is pretty different from our earlier work. Being without a drummer pushed us to place more emphasis on the vocals and underlying guitar.

So far, everyone in the group seems to be pleased with the direction we’re headed musically and looking forward to what the overall project will push us.

What makes you happy?
Tyler: I’d say my ability to play guitar is something I’ll never take for granted. Given how far I’ve come and anticipating what the future holds musically for me is a positive and encouraging space to be in. Experiencing the creative process with our songs, from the notepad to the stage or studio, is the most rewarding journey.

Although the difficulties that come with the process can only be understated, the end result is typically one that makes all of us very happy and worth the energy put into them. 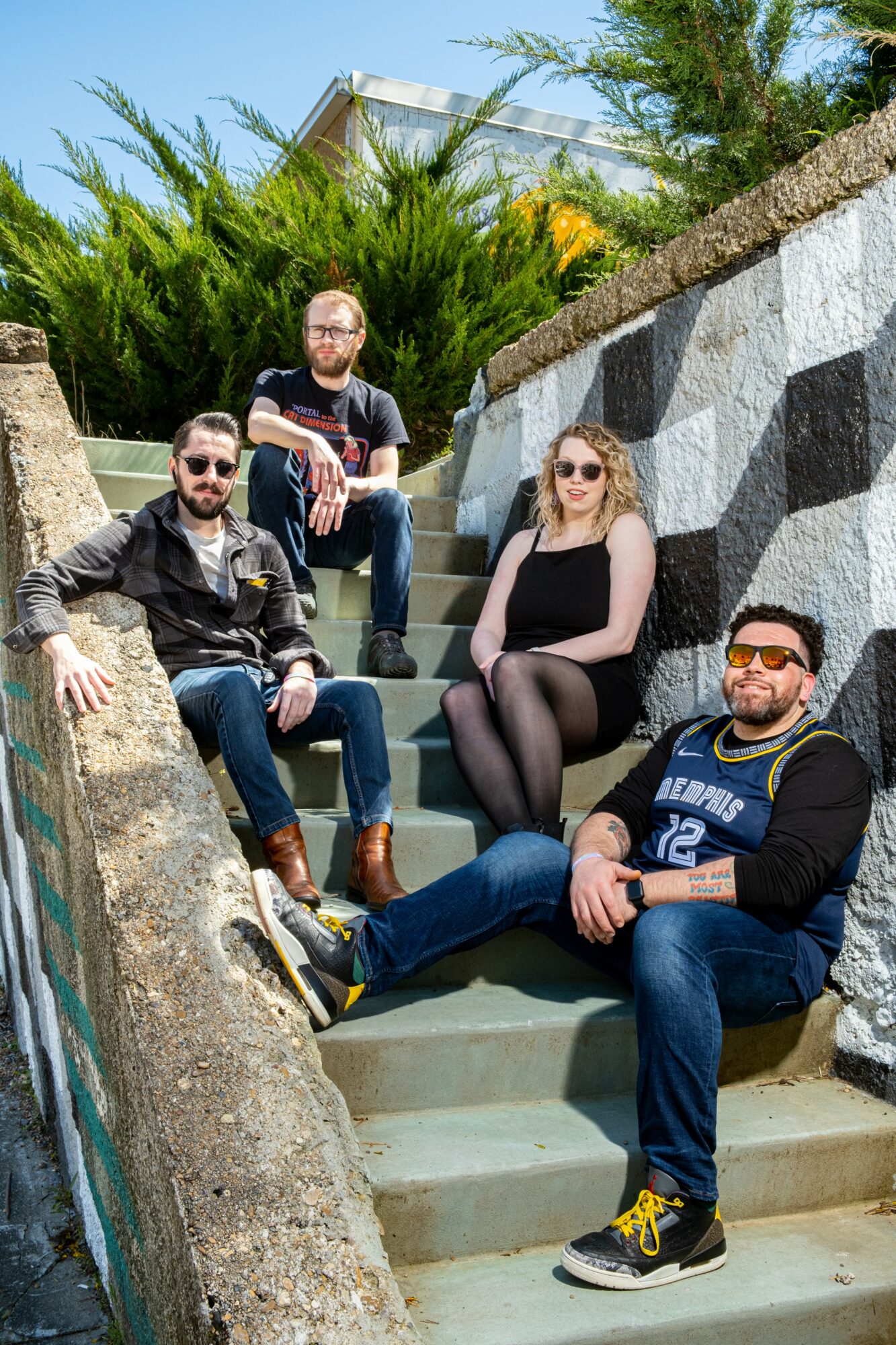 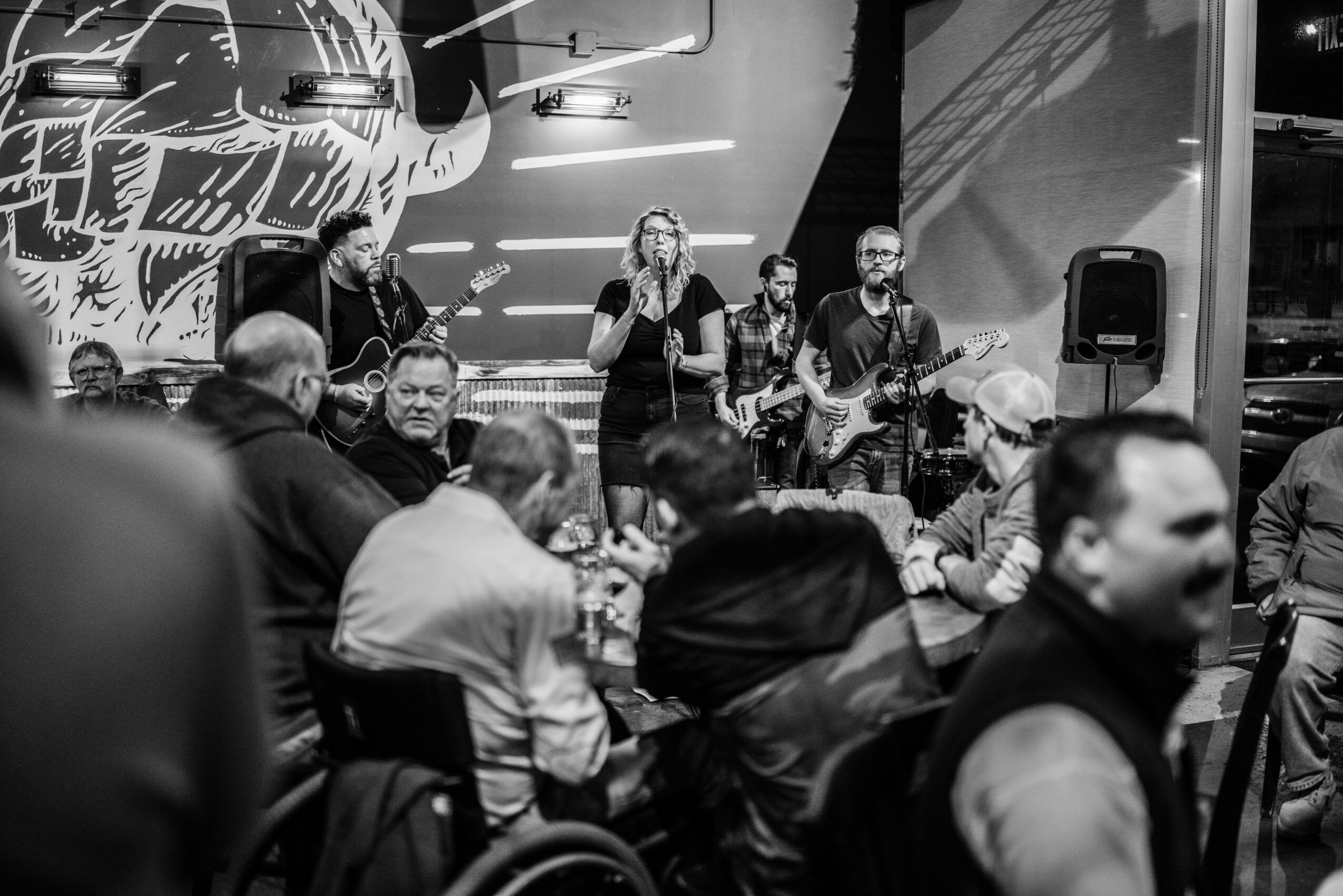 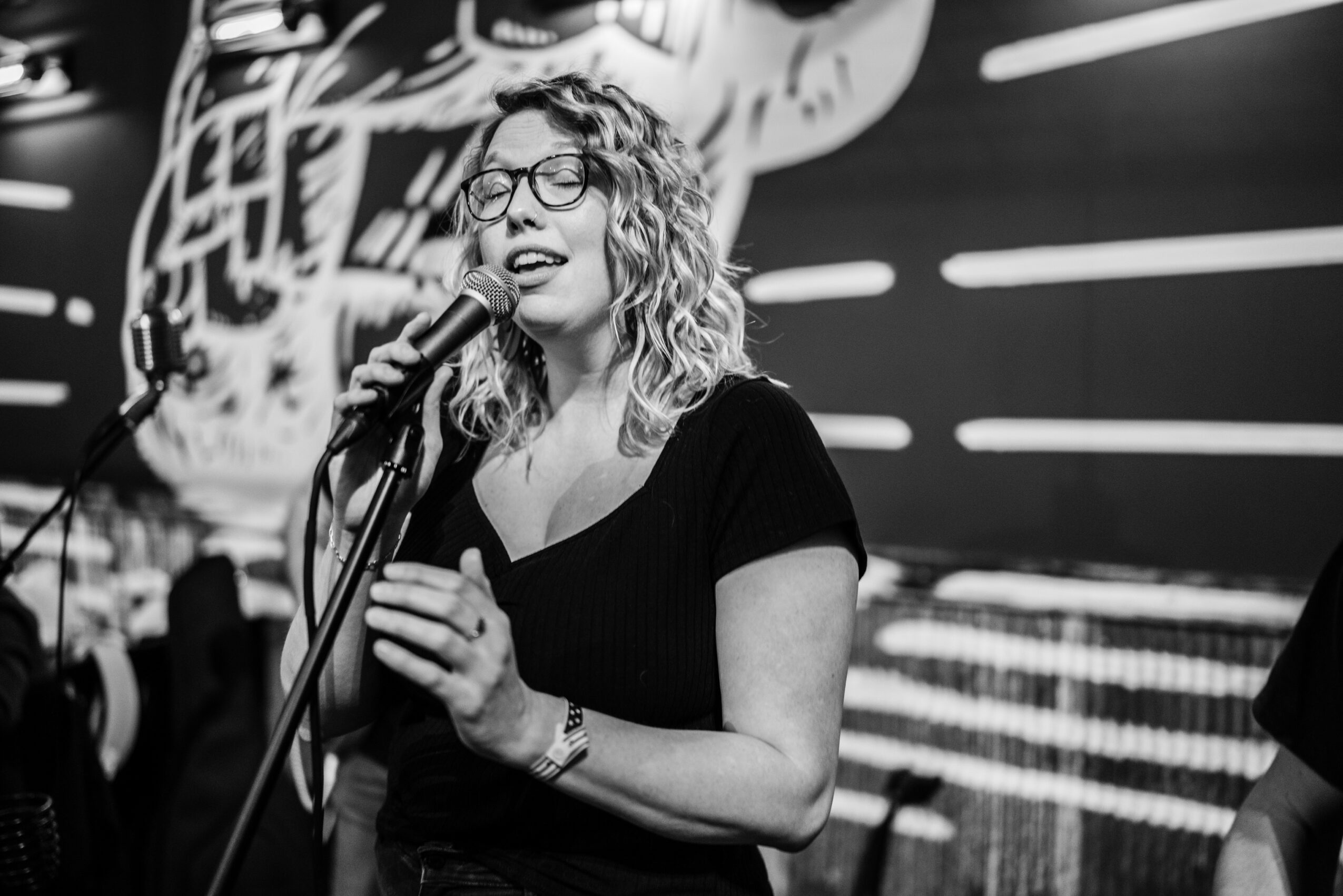 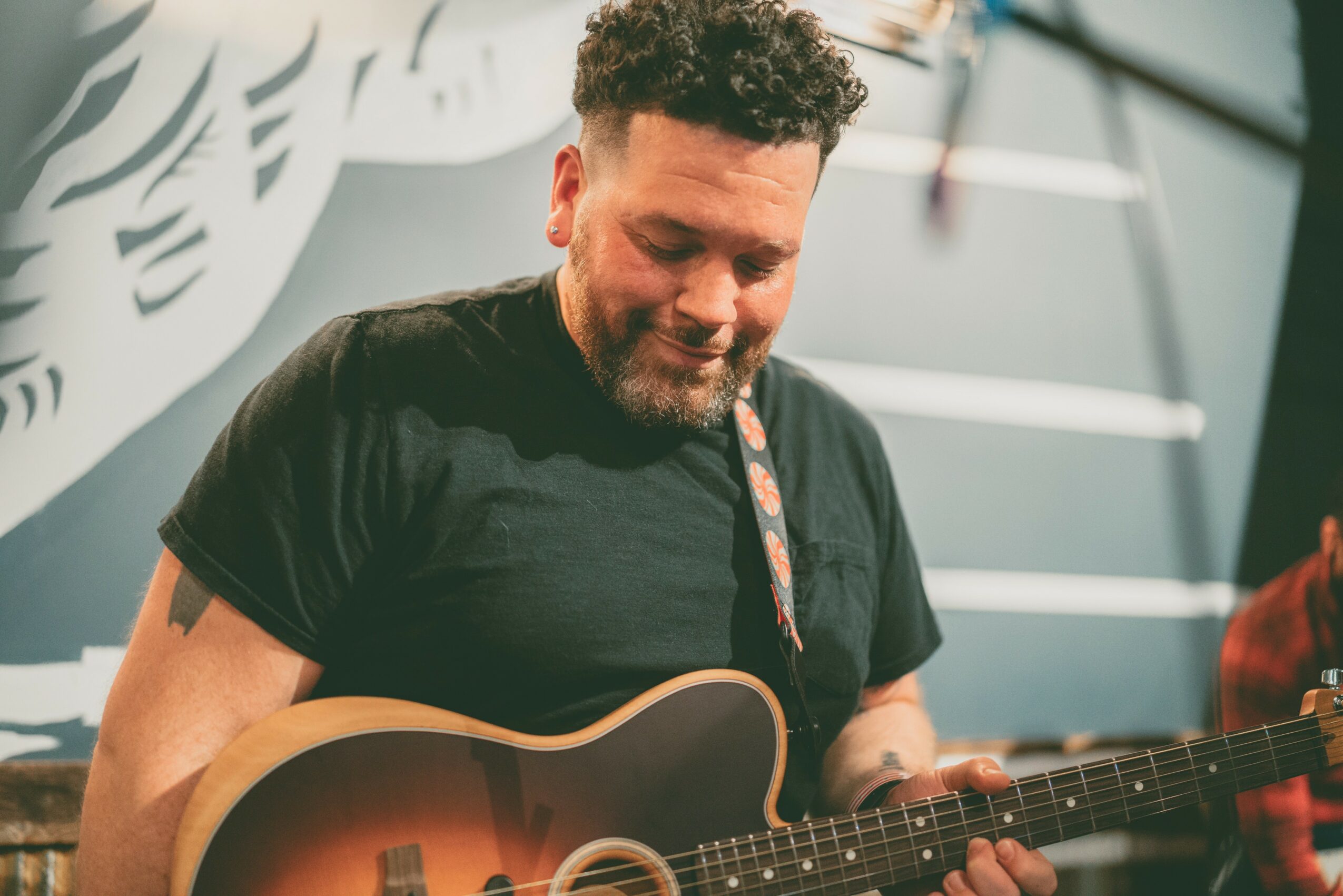 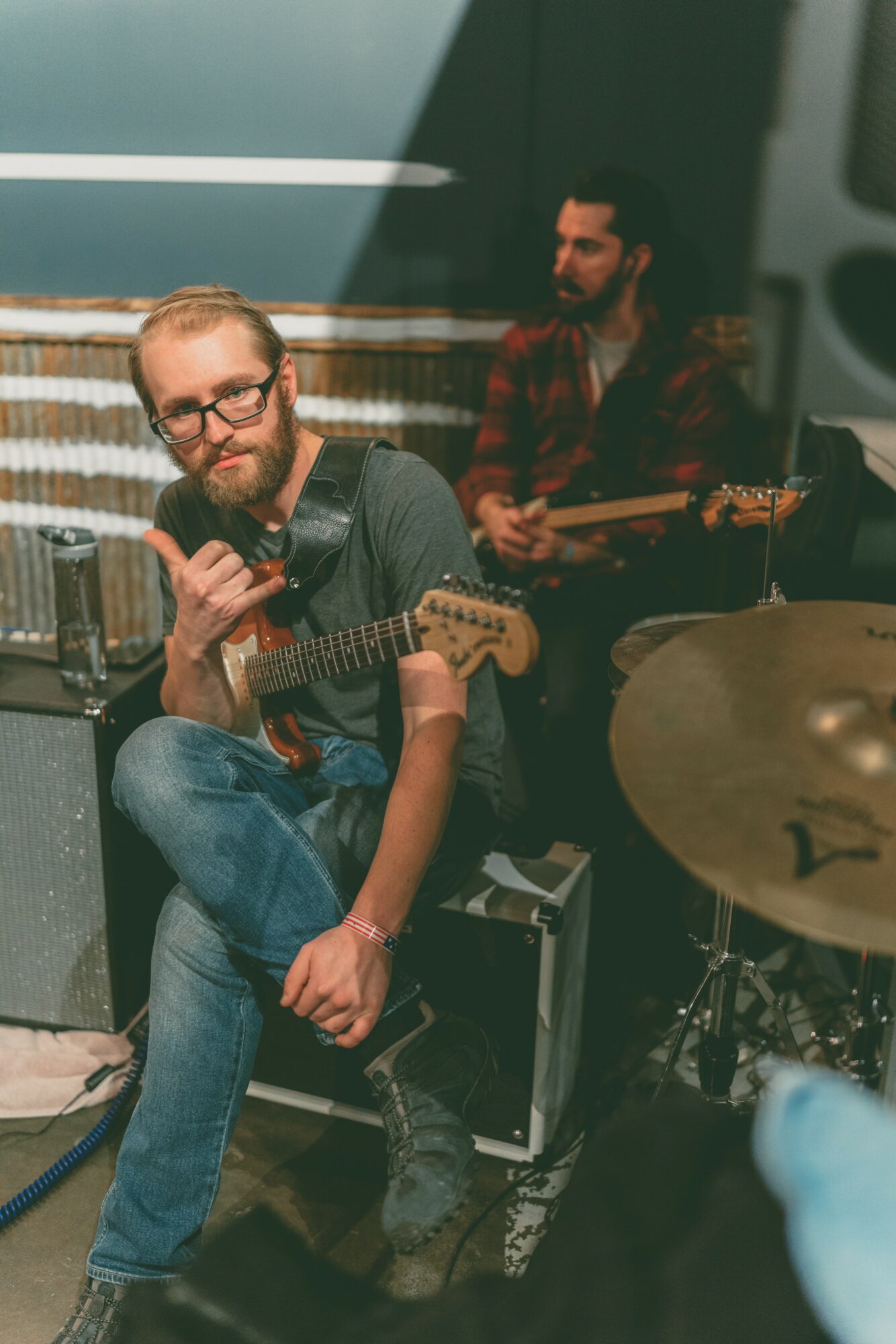 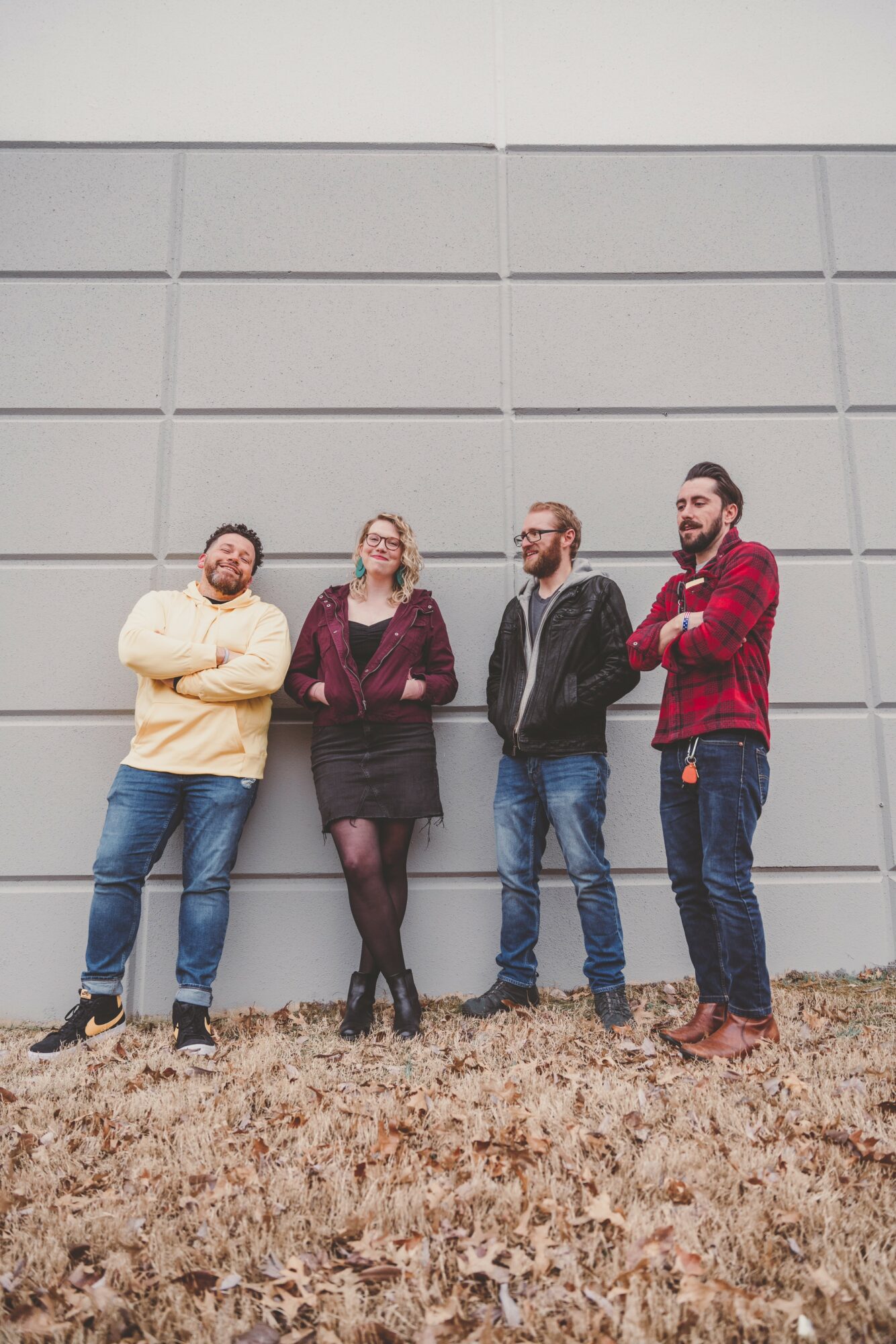