Hi 10Percent, please kick things off for us with an introduction to yourself and your story.
I’ve been rapping forever. I grew up listening to music. My folks listen to music and just kind of brought me into it.

Then, I started playing the piano, and eventually, I learned how to record myself, and then it just took off from there.

I was like, 15. It started because I had gone to my first studio session and I paid $50, you know, that was a lot of money back then. I really didn’t have a lot of money and it didn’t go how I wanted it to go. It was terrible, it didn’t sound good. I had an hour session and that hour session felt like 30 minutes. After that, I wasn’t going back to anybody’s studio. I wanted to start my own studio. I saved my money and got a little studio together and that’s when I started recording myself.

I started by myself and I started engineering other people, all the artists in the city to make money. And then after a while, my music was taking off so then I couldn’t do that anymore. It was slow growth for me, nothing overnight. I’m seeing the growth as I’m going.

Yo Gotti had the Dollar Fo’ Dolla challenge and then I won that, and that was big. Then I eventually got signed to his record label CMG. It was a surreal experience, especially since being from Memphis.

I’m sure you wouldn’t say it’s been obstacle free, but so far would you say the journey has been a fairly smooth road?
As far as music, when I was an unsigned artist, there was a lot of stuff that got in the way. There’s a lot of obstacles you’re going to have to face – don’t nobody want to hear your music, you kind of just got to keep doing it and fight through that.

Then eventually, you got to shoot alone and focus on the bigger picture of it. So that’s what I was focused on. I already knew the goal. I knew it was going to happen. That’s kind of the mindset that I had, and it paid off.

Thanks – so what else should our readers know about your work and what you’re currently focused on?
I’m an artist, an engineer, an entertainer, and a G.O.A.T. I specialize in making music, really telling the story with my music, and trying to paint the picture as best as I can. You can hear it on my new mixtape “Broke Before You Heard This” that I just dropped. A lot of artists in the industry don’t have engineer credit, recording credit, and mixing credit, but I do. I’m one of the best engineers. I grew up doing it. I engineered all my music.

Getting signed, that’s the first step. But coming in, I didn’t really want to get signed and was coming in with an independent mindset. I’m glad that I got chosen by the biggest label, CMG. I’m really proud of that. As an artist, when you grow, you’re going to learn that it’s for some people. I’m not going to lie, you got to have a team behind you in order to get to a certain level. You’re going to hit a ceiling and certain resources or income, you’re going to hit the ceiling, and you’re going to need to break that ceiling to get signed. I did all I could do on the independent route. I probably could have done it, but it would’ve taken a lot longer.

I’m proving with this new tape that I’m about to drive into a lot of lanes, I’m not just in one box. I can go anywhere, any area with music, there’s no limit to what I can do with it. I’m just going to prove that I’m going to be around for a long time.

Risk-taking is a topic that people have widely differing views on – we’d love to hear your thoughts.
You got to take a risk – especially in this business – I took a risk almost every day. I went broke with it, got it back, and went broke again. It doesn’t come easy.

I got a little story, a couple of months before the Dolla Fo’ Dolla challenge. Like, a month and a half before, I did a showcase in Miami. I had to drive to Miami and it was a showcase where the winner gets a Yo Gotti feature and $1,000. I drove down, and there were like, 50 to 60 artists in the showcase and I ended up winning the whole showcase. I won first place. They gave me the $1,000 and then I was waiting. I’m thinking I will actually be in the studio with Yo Gotti. But it ended up being a scam. They sent me a Yo Gotti song from like, 2006. It was really old, I couldn’t even use it in the song. But then a little later on, I ended up winning Dollar Fo’ Dolla. It’s just crazy how that all tied in. 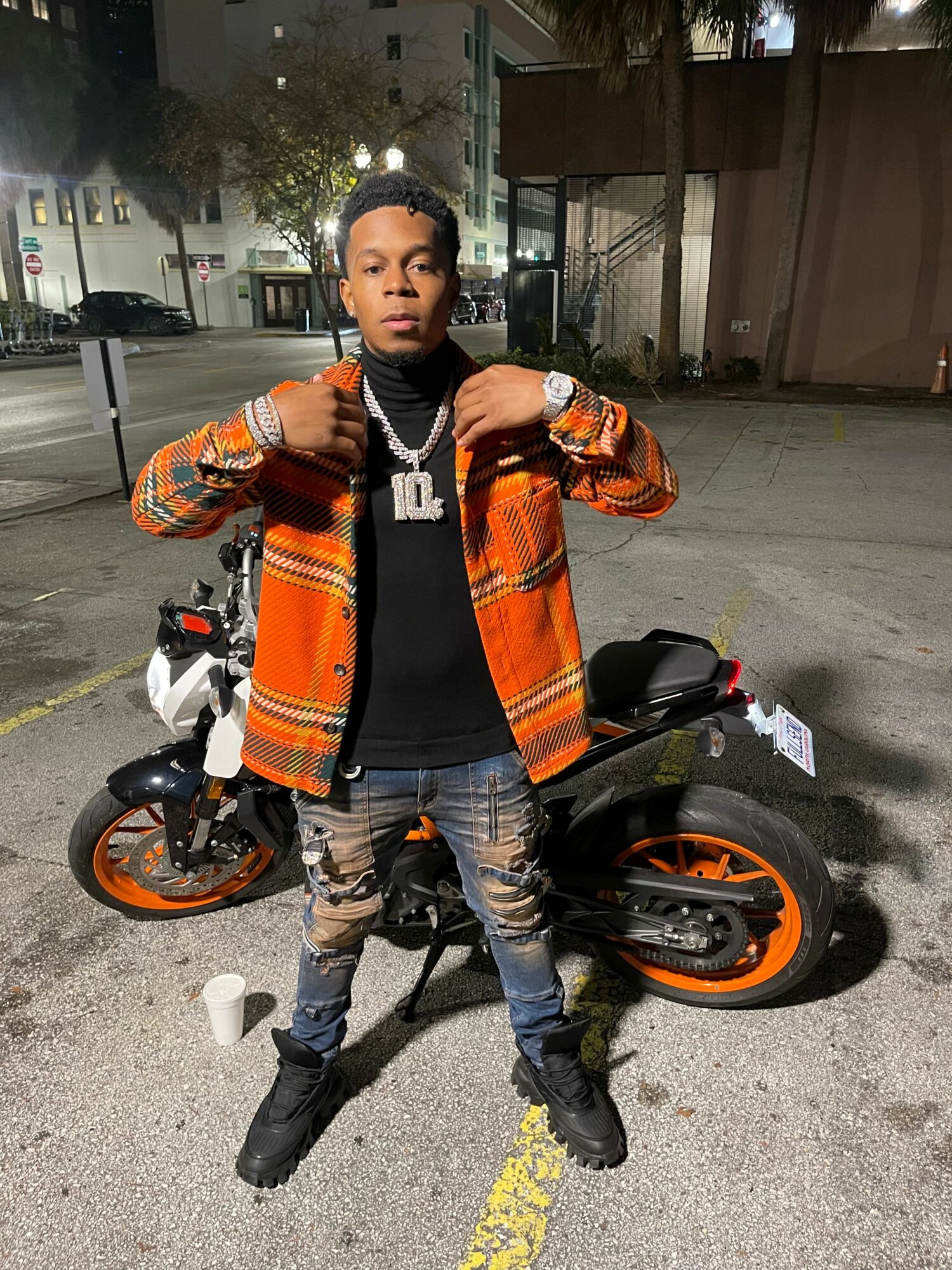